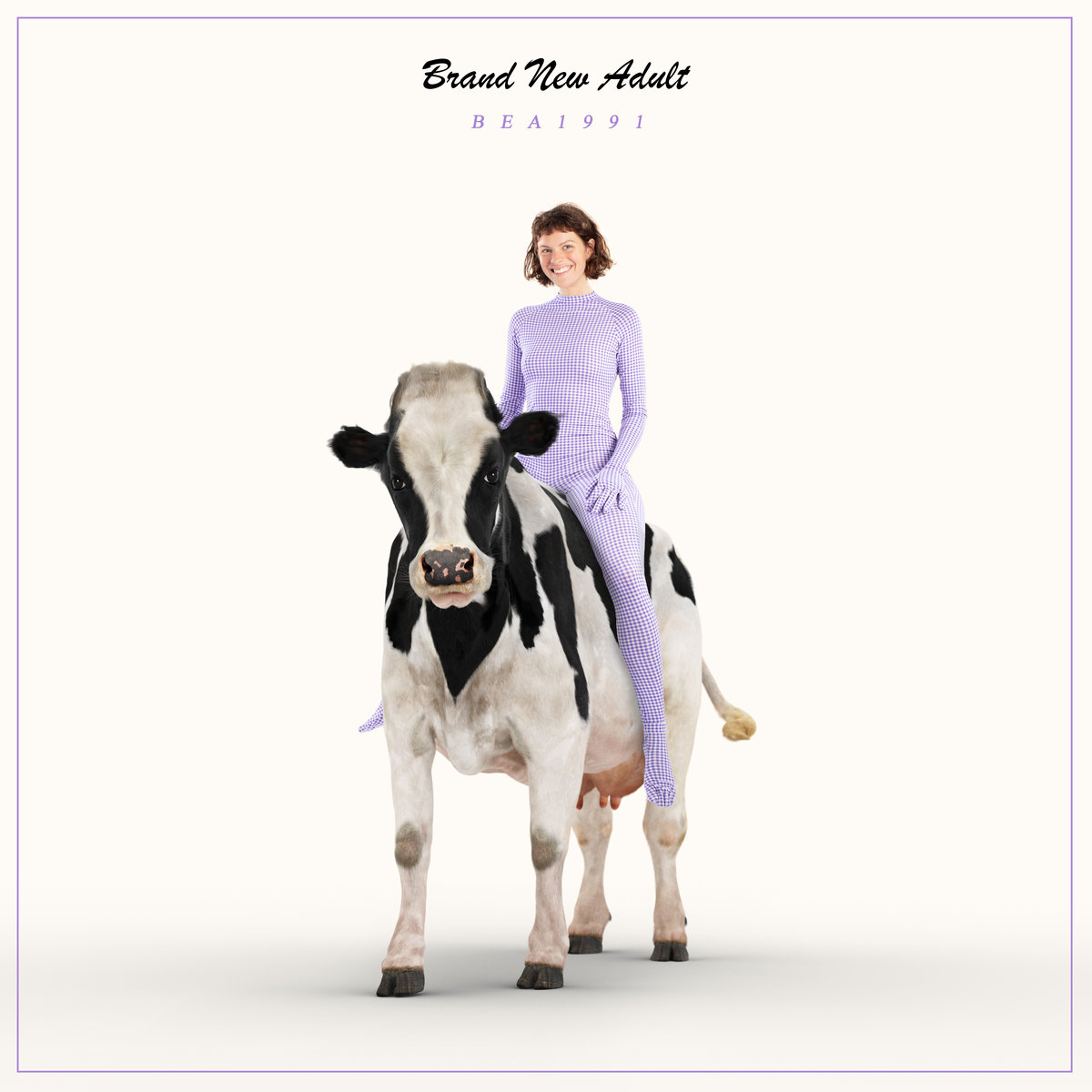 Was it worth the wait? Definitely. It took BEA1991 four years to follow up her captivating EP “Songs of 2k11”, but her debut album “Brand New Adult” is everything we hoped for. The record has boundary pushing pop songs (“Modern Comforts”), moody lullabies (“My Own Heaven”) as well as thoughtful and introspective lyrics. And make sure to check out those dazzling music videos she has made for the record’s singles. (Jort Mokum) 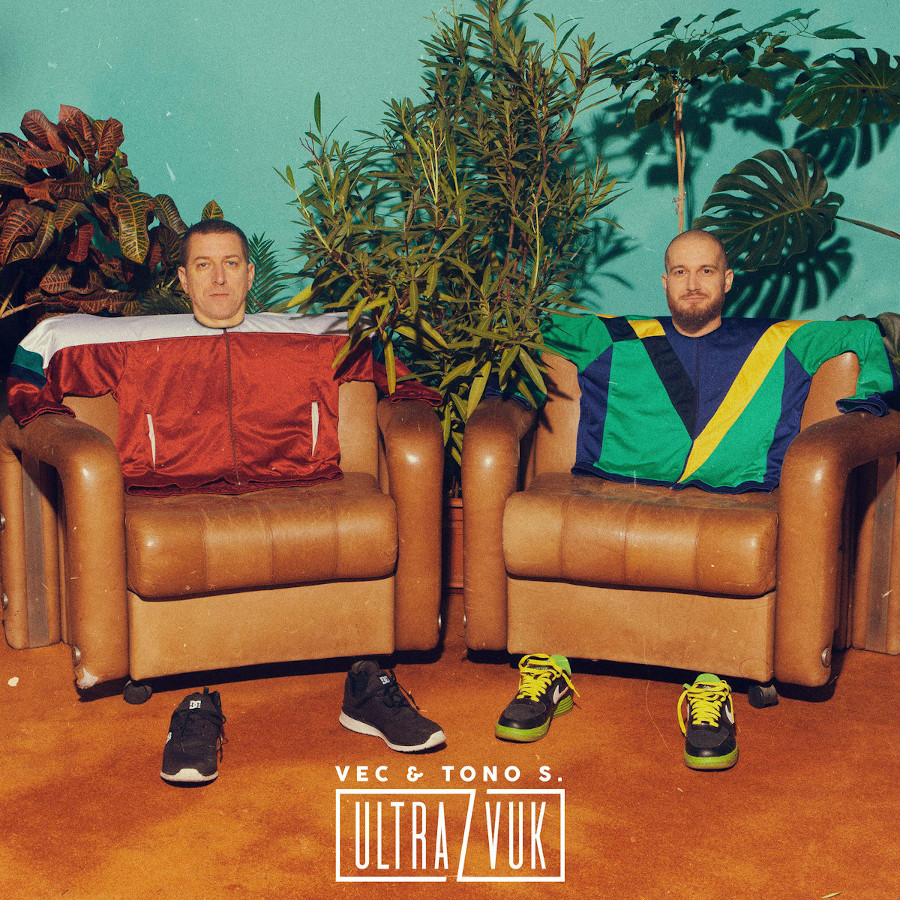 What began as a side project of two hip-hop friends from different generations turned out to be one of the most influential Slovak albums of 2019. Vec is a local hip-hop legend, an ever-present father of the Slovak scene. Tono S. is ten years younger and well known for his wordplays and lyrics avoiding strong language. So what happens when you mix these two elements together? Two things, actually.

Firsty, you get a fresh dose of superfunny lyrics (“Ultrazvuk”) and absurd stories (“Postráž mi Emmu”) you want to listen to on repeat. And secondly, you get a collection of societal observations which describe the state of current Slovakia better than majority of books or newspaper articles.

In 2019, Ultrazvuk somehow managed to combine these two often contradictory approaches and made an album which could be played both in clubs to hip-hop die-hards and on squares during anti-governmental protests. What more could they hope for? (Viera Ráczová & Filip Olšovský) 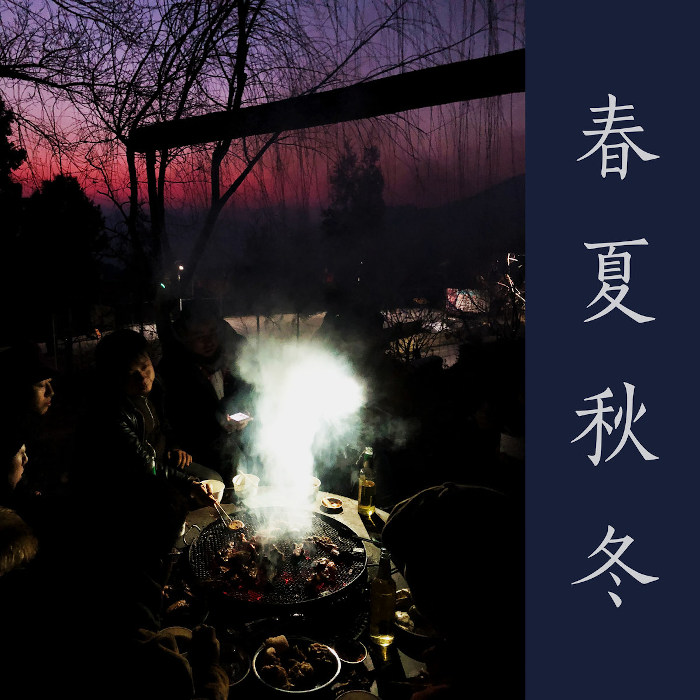 Comprised of four poems that lead singer Chen Sijiang has written over the past eight years, Hiperson’s latest isn’t meant to be a full-on post punk opus much like the Chengdu hopefuls struck gold with on their debut back in 2015 but nevertheless demands your attention.

Separated between Chengdu and London (where Sijiang recorded the vocals) and representing the shifting seasons and temperaments of its young artists, it’s a beautifully realized EP that puts the bands tender lyrical pose front and center, casting a spell that lingers long after.

And while the swirling angst-ridden guitars may be nowhere within ear range, it’s amazing how much emotional heft and magnetism the band are able to wrangle from their rhythmic interplay. A gem of a release that burrows deep into your soul. (Will Griffith) 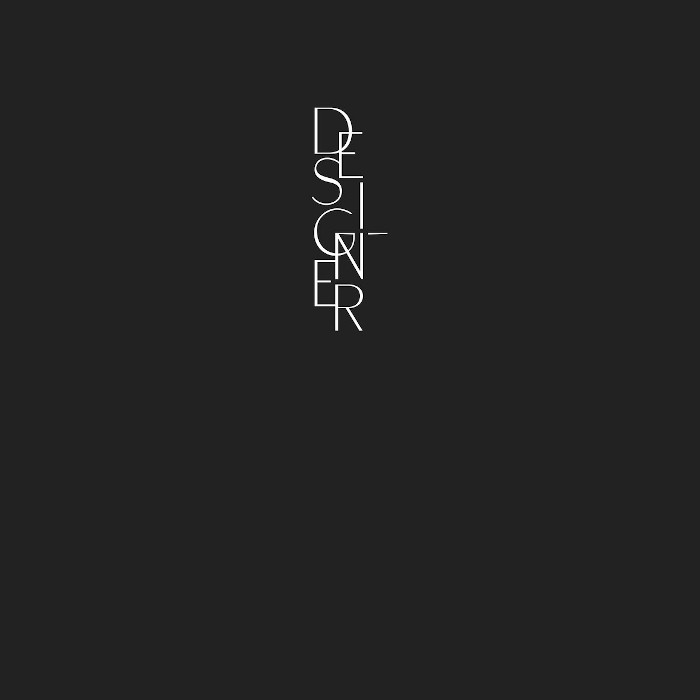 Impressionistic jazz-folk that unfolds with the logic of a dream, and through the subtle use of saxophones, drum machines, xylophones and synthesizers, transcends the traditional folkloric musical traditions it’s rooted in, becoming a set of surreal songs from both a long time ago and a far-flung future. Aldous Harding’s “Designer”, it’s something extraordinary. (Martyn Pepperell) 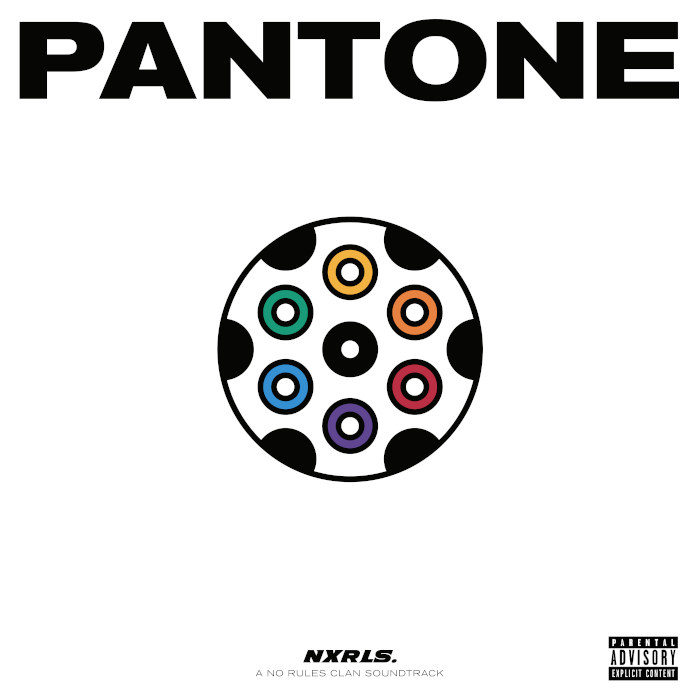 This decade has been no doubt the most prolific for the national rap, and the best way to close it is with “Pantone”, an album that took seven years to see the light. But the wait was totally worth it.

In 13 tracks No Rules, in company of Alcolirykoz, Vic Deal, DJ Z Kruel and DJ Mad Pee climb to the top and reaffirm why they are the kings of boom-bap, with very clever rhymes that narrate their context, all that means being rappers in Medellín, all kinds of realities that mix street content with shrewd punchlines.

You can feel it took so long just because they wanted to be sure that “Pantone” would be the album of the year and one of the most important albms of the decade. (Sebastián Narváez Núñez) 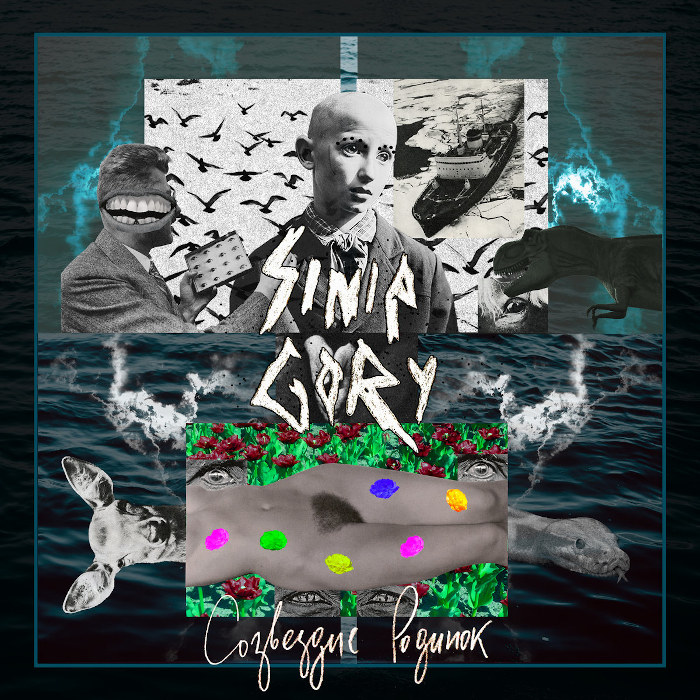 This may sound strange, but Tom Waits has an enormous following in former USSR. Most of the Tom’s epigones would isolate more wild, alcohol-infused aspect of his music and would create whole albums and shows of primitive, abusive and utterly uninteresting boozy rants.

Sinie Gory without a doubt are heavily influenced by Waits too, but instead they turn to more theatrical, artistic streak of his big career. “Sozvezdie Rodinok” (Созвездие Родинок) is definitely inspired by “Franks Wild Years”, but in a good way – it is very capable, creative on its own, and is rather a tribute than a copy.

The bats are in the belfry, the dew is on the moor. How fitting for Tom’s 70th jubilee. (Konrad Erofeev) 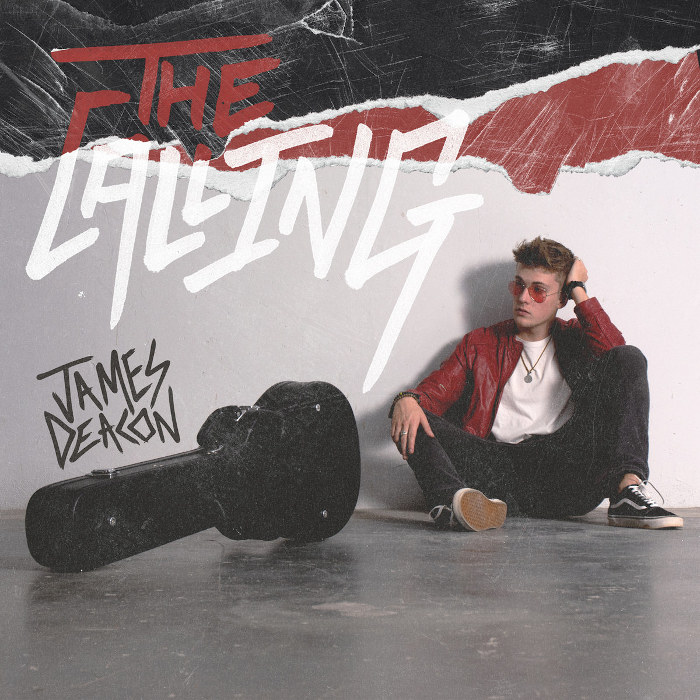 Johannesburg-based multi-instrumentalist, James Deacon’s debut EP ‘The Calling’ is packed with some serious soul! Deacon’s mixing of genre’s like hip-hop, indie and blues is infectious and will have you uncontrollably bobbing your head head, and I’m absolutely loving it.

At first listen, I immediately thought of Kaleo lead vocalist JJ Julius Son’s dominant and effusive voice and it reverberates throughout the EP but in particular on the track “Not Givin’ Up”, where it grabs you by the ears and takes you on a wild ride. The album twists and turns through genres which I find refreshing, especially in a time where most artists stick to one particular genre and albums can become quite bland.

In the end, “The Calling” has a little something for everyone and I see big things for James Deacon in the future. (Nic Berti) 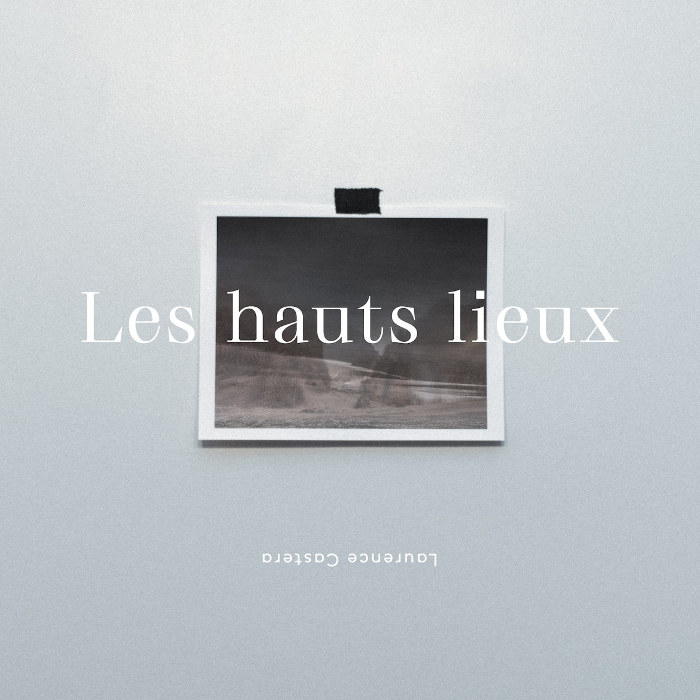 It grows on you. The sense of melody, the drama. Melodies soar. Laurence Castera’s latest is a mature offering, a solid 10. A collection of songs about resilience and heartbreak, love and pride, with a good dose of poetry. It was the greatest surprise of the year. (P.-A. Buisson) 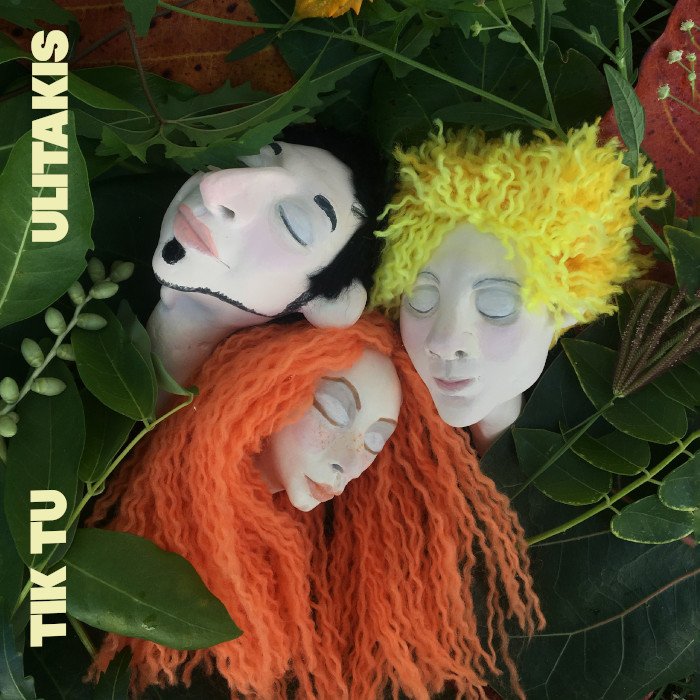 If you could magically transform 10 songs into an object, Tik Tu’s album “Ulitakis” would definitely become a patchwork blanket. Compiled from different pieces, yet professionally stitched together, it allows to stay warm and trip away to the most bizarre dreams. Euphoria with an open finalу? You got it in “Banana”. Psychedelic reggae? Check out “Introvert”. Mystical folk vibes? Listen to “Kotku”. This approach is applicable to each song of the release.

On top of that, musicians managed to mix three languages (Ukrainian, English and – surprise! – Lithuanian), creating a separate character for each track. Sometimes it feels like Tik Tu have added everything they could find for the record – from cassette recorder and kakofonator to flutes and authentic percussions.

However, it sounds pretty natural, as musicians worked on the album for about three years and took their time to mix it all together. Get ready to feel cozy and smile all the way, while listening to “Ulitakis”. (Dartsya Tarkovska) 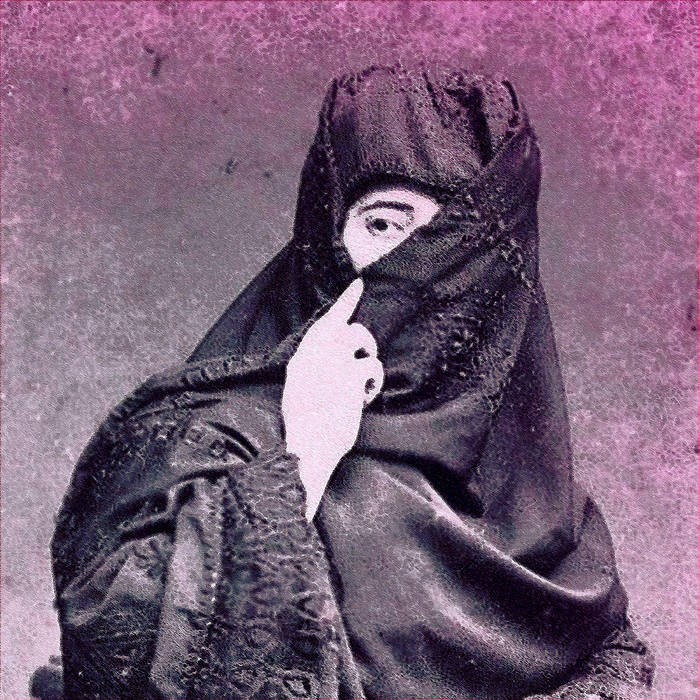 If you visit Lima and have a walk around the city streets, you might notice how local music mixes, more and more often, with foreign sounds. This Peruvian project called Sismo en Bucarest seems like an extreme of this trend, and it’s not just about how far they have found inspirations. As the name suggests, it’s Romania, and more precisely this country’s tradition. “Indigentes” is also extreme beucase of the method it employs, which is sound collage and plunderphonics. Whether you like it find it unbearable, this album is nothing you have heard this year, and possibly nothing you have ever hear. (José Luis Mercado) 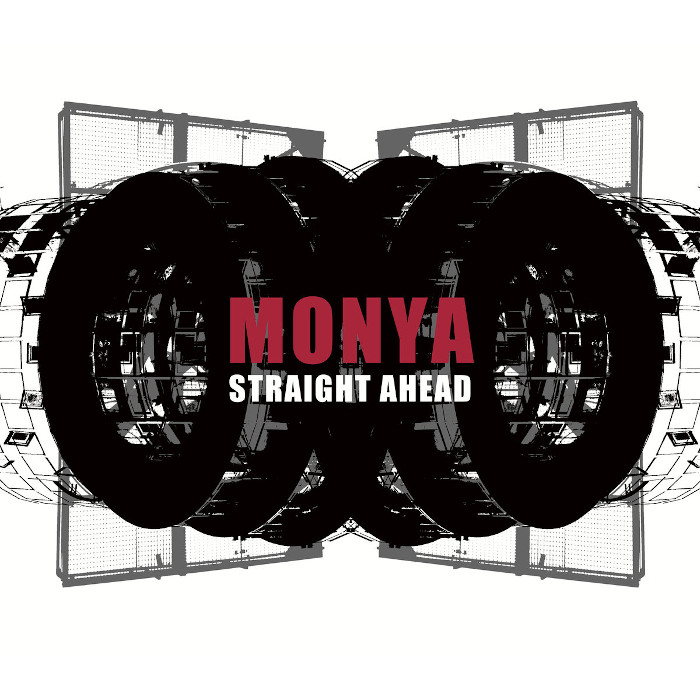 Complicated times sometimes call for straightforward action. Much like Dimitri Hegemann, Monya recently set up shop in West Germany’s densely populated Ruhr region. While the founder of legendary Berlin techno club Tresor opened a subsidiary called Tresor.West in Dortmund, Monya drifted away from the capital to concentrate on family life and composing her new album in her home-studio.

“Straight Ahead” delivers on its titular promise on eleven tracks of noisy, rhythmic industrial techno. The overwhelming and really bleak sonic environment of tracks like “Widerstand ist Pflicht” and “Nachdenken” evoke a relentlessness that can be seen as political in times of concept-laden art music on the one hand and a desperate social climate all over Europe. In the same manner as her No Border No Nation EP released in June, “Straight Ahead” proposes sounds that are radically black-and-white without being defeatist. Rather, the distortion and propulsion of “Gegen die Wand”, “Outro” and the title track convey an energy that could uproot any unjust social order. 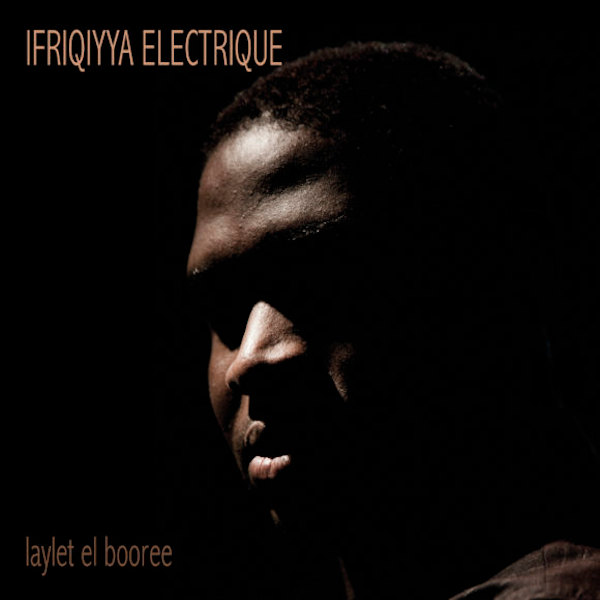 Everyone who has seen Ifriqiyya Electrique live on stage knows it’s one of the bands that presents itself in full only during a live encounter with the audience. Their shows are intense, mesmerizing, and scary. Yes, there’s a good reason kids are usually not invited.

Fortunately, studio recordings are capable of transmitting at least some of their energy and tribal magic into the listener’s ears and soul. “Laylet el Booree” is probably be among the most intense, mesmerizing, and scary things that came out throughout last year not only around the Mediterranean. (Lina Rim)

When Buč Kesidi emerged on the Serbian music scene, they were a trio and their musical style was deeply influenced by indie-rock a la Arctic Monkeys or the Strokes. Later, they became a duo, with guitarist Luka and drummer Zoran as the only members, so they started to experiment with electronic and retro-pop sound.

Last year, their groovy hit “Nema ljubavi u klubu” announced what we could expect on the new record and later they released another banger “Đuskanje ne pomaže“, which helped them to gain a respectable audience. Now, as we have the complete album, we can say the final result is just astonishing.

The concept behind “Euforija” is trying to explain today’s youngsters, going through a night out in a club, from “Subota” (Saturday) to “Nedelja ujutru” (Sunday morning). There are plenty of familiar situations including dancing, alcohol and drugs, expectations, desires and disappointments, while catchy, melodic rhythm won’t let you stay in one place. This is one of the best records in the last decade when it comes to Serbian alternative scene. (Nemanja Nešković)

Vicente bring his 3rd album, in this time he took the sounds of the Dominican Republic another level , you can feel the dominican rhythms and genres with new flavors, a production inspired by the Samana area, a province full of colors and rhythms. He doesn’t invent anything new, not, just make a mix of lot things from our culture, history, and our tales. (Max Cueto) 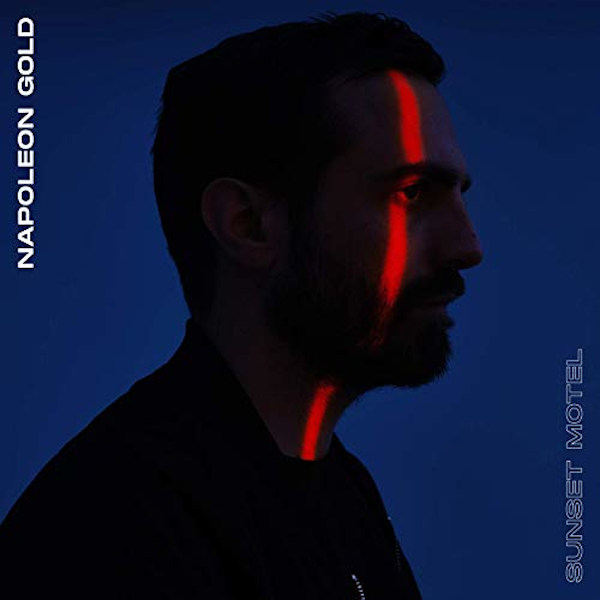 A name born from the half-light of a new day, Napoleon Gold is the ‘nom de plume’ of French electronic producer, Antoine Honorez. To date, Napoleon Gold has built up a global audience, toured extensively, supported the likes of London Grammar, Flume, SOHN and collaborated with producer & rapper T-Pain. His 2018 debut EP was met with praise from music critics and fans alike.

This year, Napoleon Gold released his debut album, Sunset Motel, a 13 track mosaic of Pop-R’n’B, fused with sonic textures of the 1980s. The record opens with a delicate track titled “La nuit je ne dors pas (je pense à toi)” and introduces a mish-mash of musical ideas that are later distorted and elaborated on as the record progresses. Each track ebbs and flows between bittersweet toplines, colourful harmonies and steady, but shifting tempos.

The magic of this record is undoubtedly in the intelligent vocal processing, sound design of each synthesizer and sedated rhythms. These three ingredients react and compound to create a cocktail of retro-futurism that should be sipped and enjoyed mindfully. (Ben Lowe)