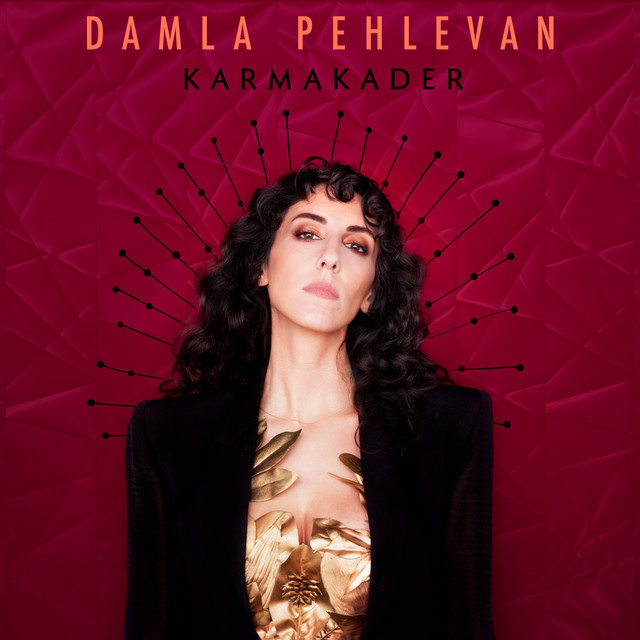 Damla Pehlevan’s debut album has many traces from the last 30 years of the Turkish music scene. You can feel all the fashion and soul of these decades while listening these beautiful and well arranged songs.

Like all beautiful debut albums, “karmakader” is also telling Damla’s story of growing up and reaching her maturity. I believe that with all its powerful songs, this LP will be an immortal album. (Emir Aksoy) 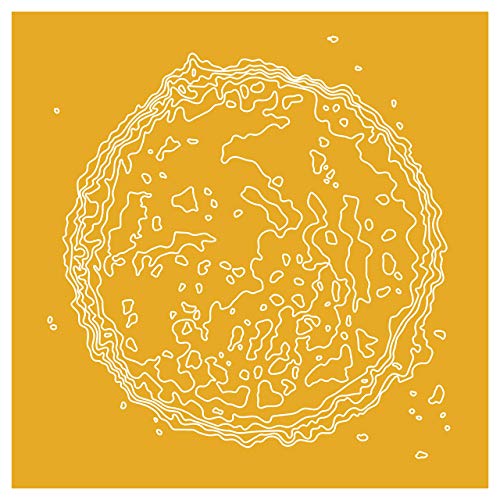 Respectable Lithuanian composer, performer & experimenter Paulius Kilbauskas spends one year in Bali, comes back with full pockets of captured native sounds, finds his good old Korg MS10 and lays it all together into 7 elements / one album.

“Elements“ sound very bright and organic as there are no lyrics, no chorus, no verse. Actually, there’s much more nature than human energy in it. In todays’ zero waste, organic, recycling and at the same time, totally wasted human planet listening to the meditative beats of sun, time and space is the best thing you can think of. (Giedre Nalivaikaite) 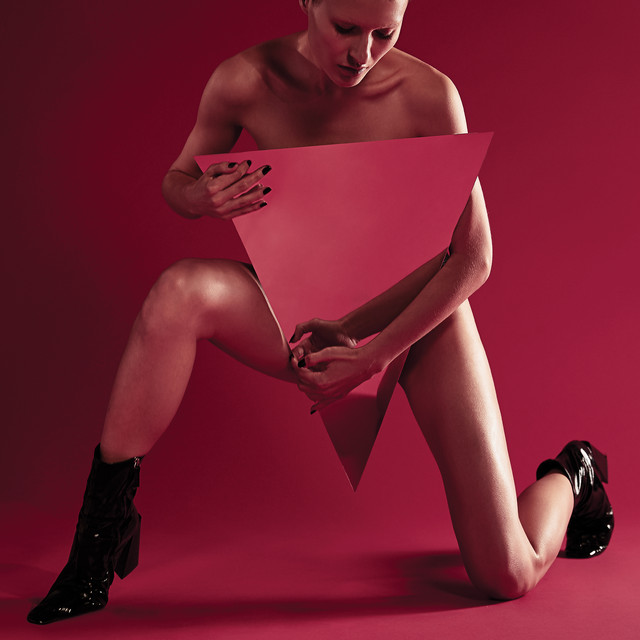 VINILOVERSUS’ fifth studio album is a sensual and magnetic collection of songs that prove why they’re still one of the most important outfits in Venezuela’s indie rock “scene”. And why to this day, they’re the biggest inspiration for many new bands as well as the ones that appeared after their breakthrough at the end of the last decade.

In this album, we hear a band at the peak of their maturity, trying to take the powerful and explosive riffs from Rodrigo Gonsalves’ guitar to a more dense and deep sound based on synths. “VVV” is their best record since 2012’s “Cambié de Nombre”. (Alejandro Fernandes Riera) 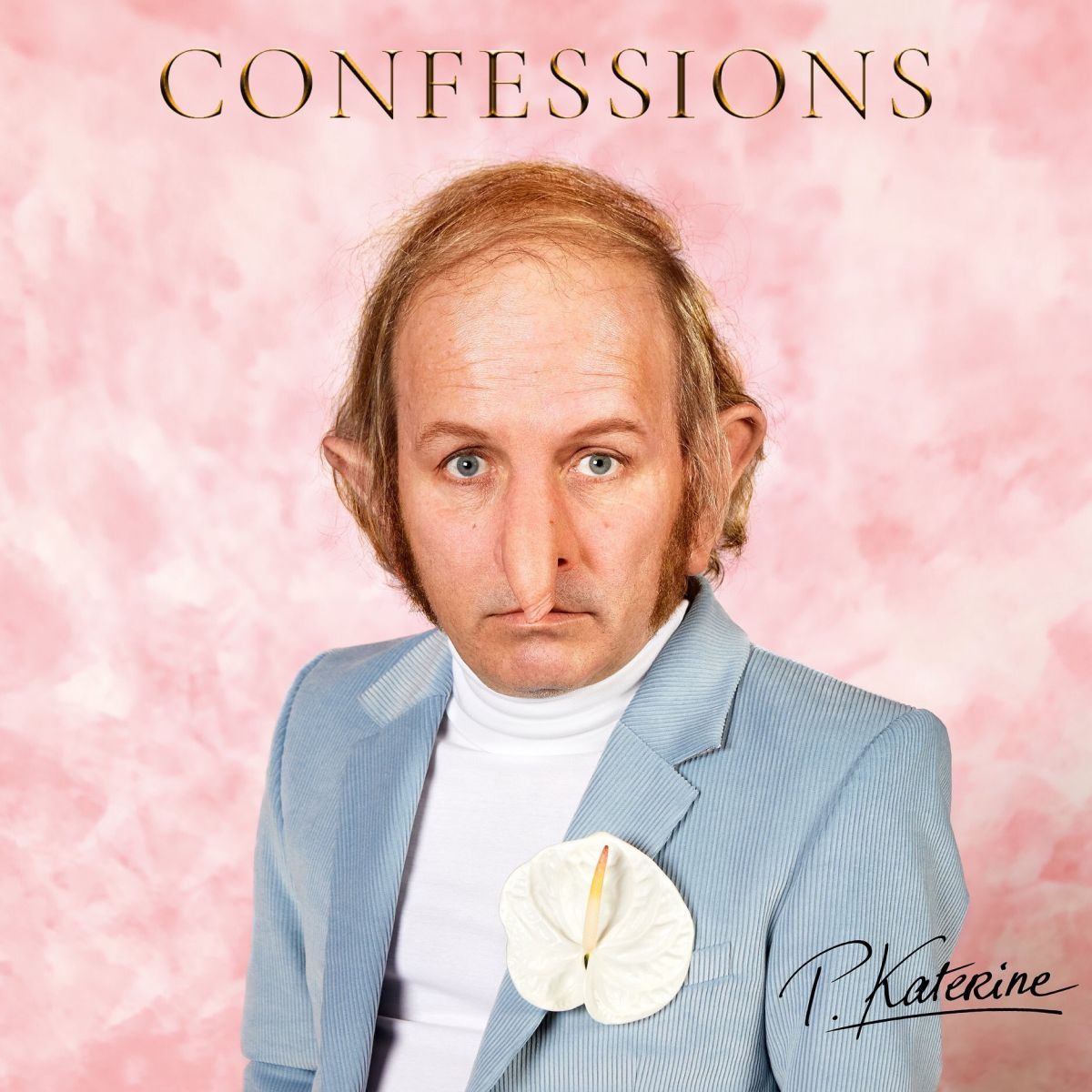 Known for his absurd humour, Philippe Katerine – who has become famous since the release of his crazy hit “Louxor j’adore” (2005) – didn’t surprise French people when the artwork for his already 14th album “Confessions” was revealed. Bearing a suggestive nose, like in the video for the great “Stone Avec Toi”, the singer jokes with no taboos about sex or homosexuality (the hilarious “88 %” – in his opinion, the real percentage of gay guys), but also about terrorism and racism (“Blond”, with the actor Gérard Depardieu).

If this second degree can sometimes overtake the musical qualities of the songs, in particular at the record’s beginning, the production and the songwriting are most of the time truly impressive and really unusual for a French artist. Consider for example the beautiful and unexpectedly touching centerpiece duo “Bonhommes” / “Aimez-moi” or the groovy “Une Journée Sans” and “Madame De”, which recall the forward-thinking music of Solange: a lot of artistic decisions actually sound like tributes to United States’ current best nu soul and trap performers.

It’s safe to say that, in the end, Philippe Katerine is able to try any kind of music genre, from electronic pop to hip hop, with equal success. A good reminder that behind these clownish lyrics, hides a true and smart artist. (Gil Colinmaire) 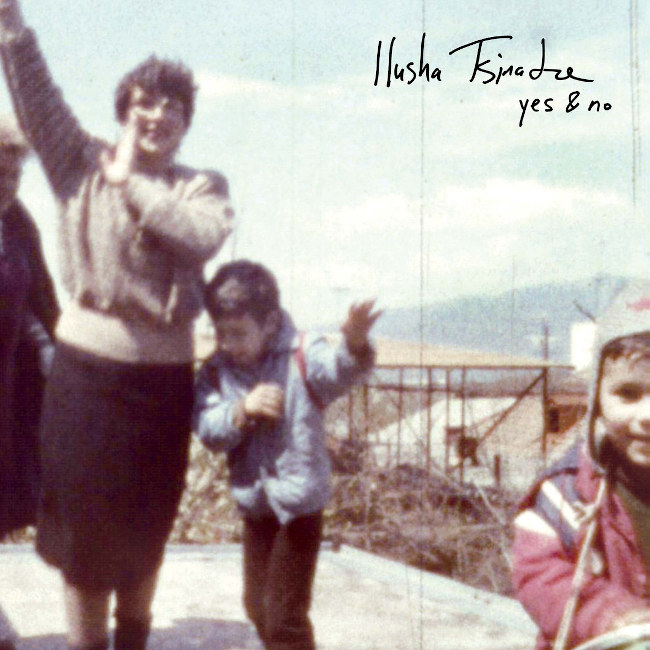 Memories and longing often create something very beautiful – especially the hazy recollections of a faraway place you spent first few years of your existence in. These sentiments have permeated Ilusha Tsinadze’s music from the beginning, but they are perhaps most evident in his latest labour of love, called “Yes & No”.

This all comes natural to him – having left Georgia at the age of 8 and cherished his roots ever since, his music reflects his sonic rememberances filtered through the present-day means. While entire work is based on quasi-familiar Georgian folk themes, they are treated in a very personal way that is novel to country’s folkloric tradition. With this melancholic yet subdued approach, he makes the melodies he has borrowed pretty much his own, letting them stand in harmony among his original material.

So, apart from being musically very lovely and ear-catching, everything here, down to artwork being a snapshot of his childhood VHS from late 80s, gives us something aesthetically complete – imbuing us with the endearing feeling of forward-looking nostalgia. (Sandro Tskitishvili) 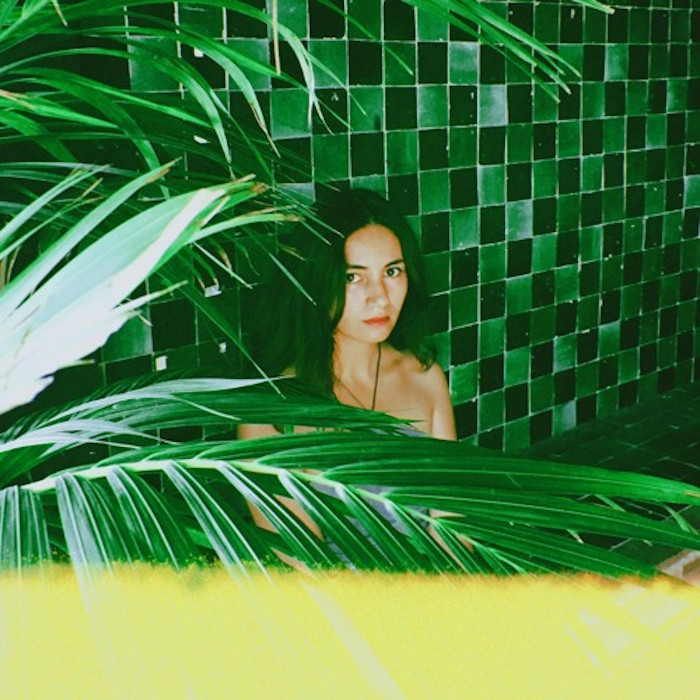 This debut EP from Imane El Halouat is a beautiful mixture of classic 1990s sound of the then-dominating alternative rock, this young artist’s songwriting talent, and her life experiences – let’s just mention she was born in Morocco, but now lives in France.

“Chrome Plate” includes just 6 short songs, which could have been recorded a decade or two ago, but the EP doesn’t sound like retromania at all. There might be several reasons for that: the quality of her songwriting and captivating, melancholic, but not depressing vocals. If she’s fragile, she’s fragile in the way that makes the listener trust her that’s the right place to be.

The first song we heard from this EP was “How Long (When you’re Ready)” and we’ve kept it on repeat ever since. But any of the other five songs might be your favourite depending on your current mood. (Lina Rim)

Tribes of the City – “Rust and Gold” 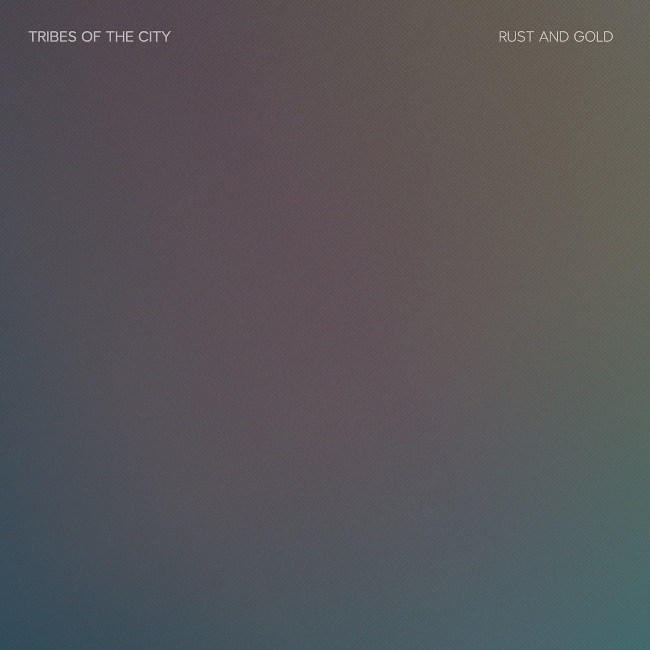 Latvian shoegaze and dreampop band Tribes of the City is a rare and precious gemstone on a Latvian rock scene. Ten years ago after releasing critically acclaimed and award winning album “Recipe of The Golden Dream” band took a long break and some even started to think that the band does not exist anymore.

But they took their time and after few struggles somehow managed to create this totally magical and atmospheric album – “Rust and Gold” – where contemplative and dreamy sound paints blurry and nostalgic image of the past. (Raivis Spalvēns) 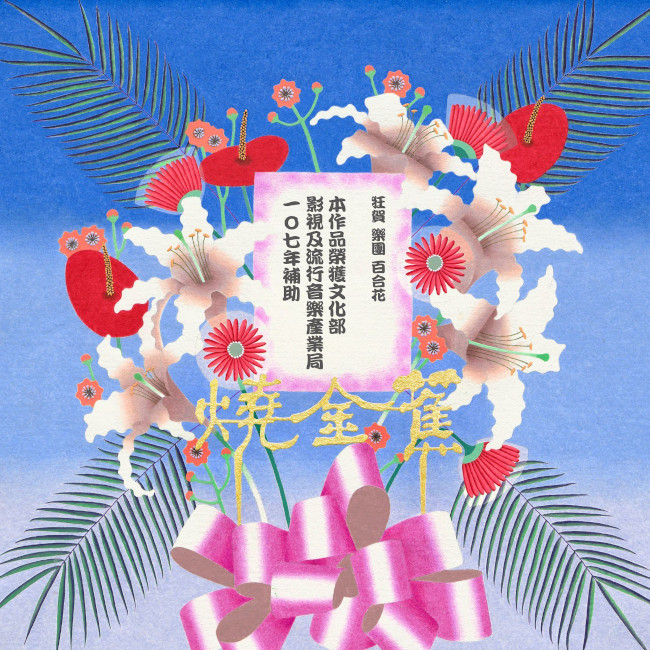 A unique band represents the brand new music for the modern future with the combination of Eastern and Western elements. “Burnana” is the debut album from the most acclaimed band Lilium which has been nominated and earned many different music awards in Taiwan. 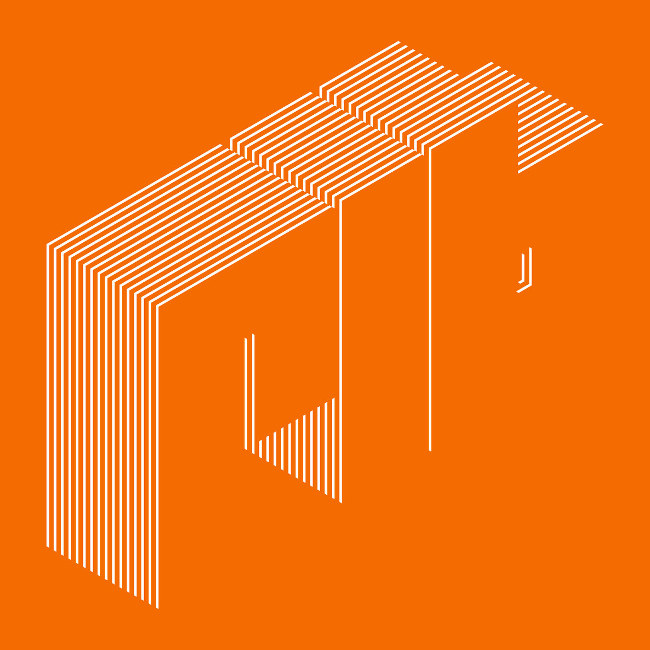 Before you stream their album, I would recommend you to watch Rib’s live video. It’s ca. 56 min representation of their material. ‪The synthesis of free improvisation and strict structure, Rib’s rhythm is characterized as enrichment, and simplification, light, and clarity. You’d be amazed both by the music and the location, the megalithic observatory Kokino. As a huge Hüsker Dü fan, I am sure watching Rib’s video would have warmed Grant Hart’s heart since it was his wish to play a concert in that location.

Two years ago they’ve been on a tour across Serbia, Croatia, and Hungary together with a UK band Fujiya & Miyagi. They became close friends with Ben Farestvedt, Fujiya & Miyagi’s sound tech, and their vocalist David Best. Both of them collaborated on their third album called Rib. David sang on the song “Rotator” which is the only song on the album with vocals, while Ben mixed the album and made it sound more “live”. Their wish was to make this album sound more natural, to express the energy of their live performances. They recorded the material at MKC in Skopje with respected and well-known Alen Hadzhi-Stefanov, Macedonian working for the past 15 years in New York with many jazz artists. 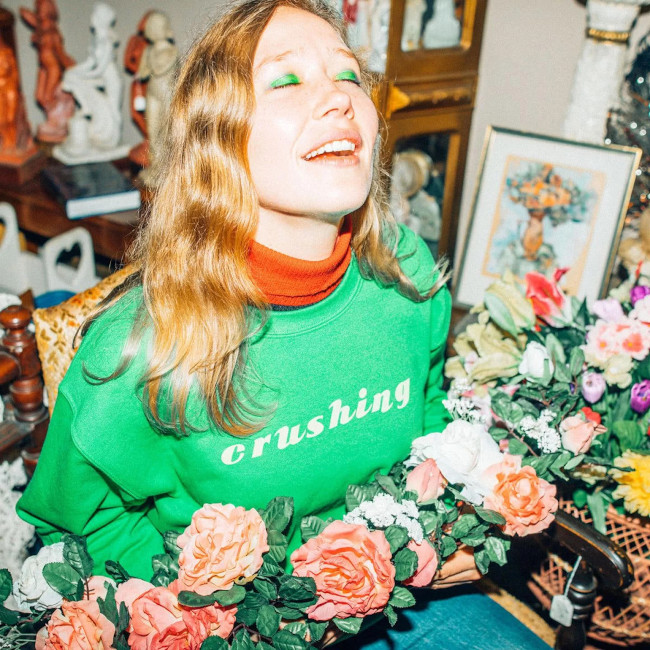 With ‘Crushing’ Julia Jacklin delivered an aching, masterful record of illuminating lyricism and lovelorn reflection. Jacklin’s sophomore album secured her place as one of Australia’s most talented and pressing songwriters.

Embracing themes of female empowerment and love, “Crushing” is a tear-stained portrait of a 21st Century woman living Down Under. (Luke Saunders) 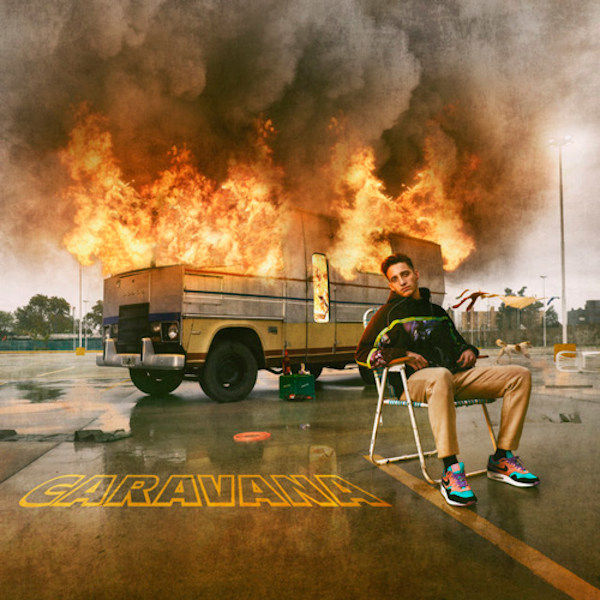 Rock music wasn’t singing about the political and economical crisis Argentina was (is) going through. Apart of being a music idol, he was, in a way, the face of an anti-Macri youth. One week before Primaries election in our country, he dropped “Canguro“, an explicit song about bullshit in political speeches. Immediately it was a hit: at the moment of writing this, only in YouTube the video counts more than 86m views – almost the double of Argentina’s population!

Then, the album “Caravana” arrived and everything changed. Praised by critics and fans, the first LP of this young rapper is not only about rap: there’s rock, trap, funk and electronic elements. Wos came up with a new structure for rap albums and proved every song is political. (Rodrigo Piedra) 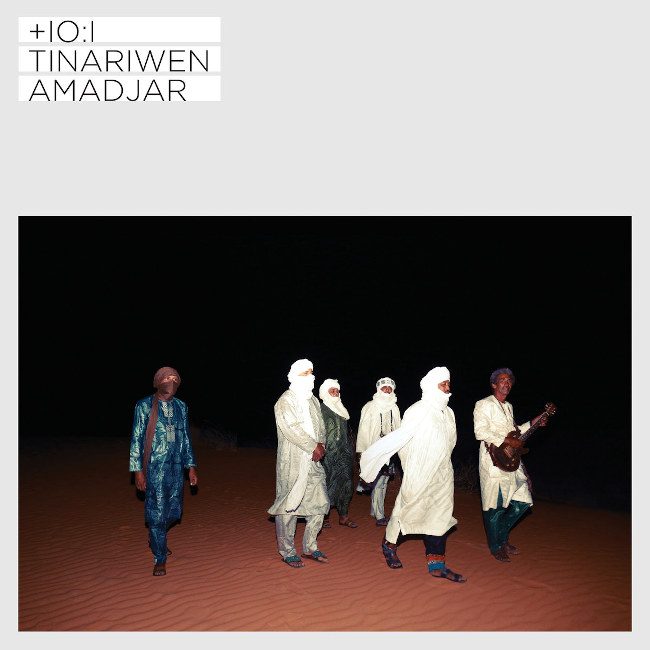 The veterans of Tishoumaren music simply can’t stop. They keep exploring new ideas, and releasing great new LPs. In the case of “Amadjar”, their 8th release recorded in Morocco and USA, there’s a rare upbeat feeling, which in the light of their entire catalogue makes it almost their dance album.

It was a wonderful idea for the band to invite North Africa’s chief singing star, the Mauritanian griot artist Noura Mint Seymali (and her husband). There’s also some western import – Warren Ellis and Cass McCombs.

However, “Amadjar’s” most important guest is the desert, even more than in the past. The material was written on the road – or more properly off road – while Tinariwen were traveling across North Africa, writing and contemplating between dunes. (Thomas Mecha)

No Suits In Miami – “I Hope That No One Sees Me” 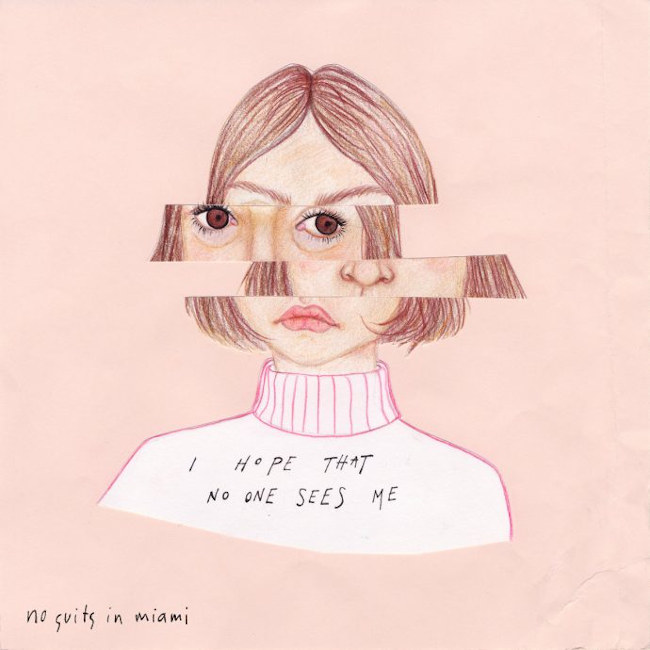 I’ve been longing for an album that doesn’t make me wanna switch over to my new-music-playlist and this year “I Hope That No One Sees Me” really captured me. This debut album of starts off with some enchanting guitars and after that I’m stuck.

No Suits In Miami don’t make music to change the scene or the music world but they make music that makes me remember what it’s all about. The DIY-spirit, the emo-parts, the indie-guitars and the shoegaze-glance takes me back to what defines meaningful music. It’s not a surprise that they hail from the southern parts of Sweden, just like Radio Dept and Hater.

Maybe the best thing with this album is that the amazing slow parts (like the song “Rockballad”) is a perfect combination with the more mangled segments. It’s an album to live with, through everything. (Fabian Forslund) 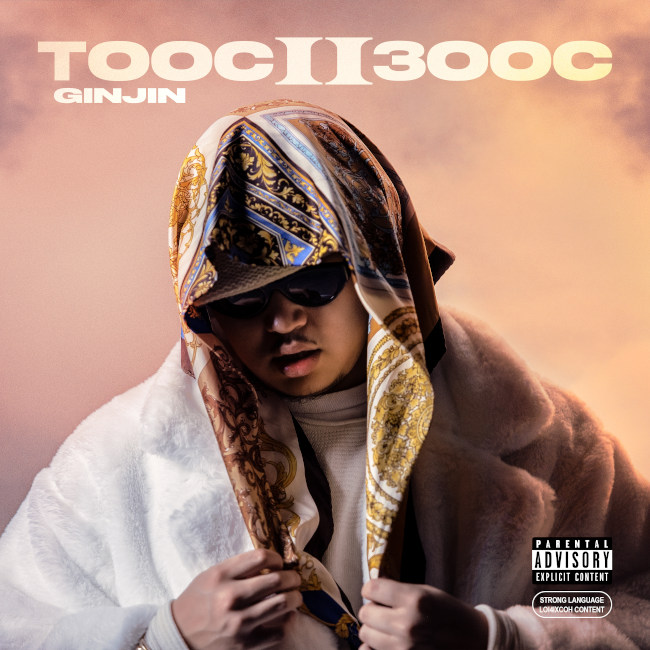 When asked how many music videos Ginjin released in 2019, the 27 year old Mongolian rapper replies: “waaay too many” with a smile. By beginning of December the count was 12.

Garid Gotsbayar, known as Ginjin, started his career in 2007 with the purpose to promote Mongolian contemporary music abroad. Over the years he released numerous singles and even toured Taiwan, China, Japan and South Korea. After 12 years of rapping, he finally decided to record his debut album, which took over the Mongolian charts as well as hearts of young Mongolians.

“2019 was a very productive year” Ginjin adds as he reflects on his Taiwan tour, GMA show, Playtime Festival and recording of his album. “Toos to Zoos”, which could be translated as “From Dust to Riches”, features 14 songs. “My next step is to go more international. That is why I started working on an international album”. (Natsagdorj Tserendorj)

Podmornica, as a sub-label of Submarine Vibes is dedicated to explore and present Bosnia-Hercegovina’s music creators, mostly young, talented and undiscovered ones. The compilation “Ispod površine” is the first in a series that should bring more new music in 2020, and presents both undiscovered and some already known authors/bands, straight from B&H’s underground electronic scene.

Genre-wise, this is a 13-song combo of downtempo/chill-out/hip-hop to indie electro to drum’n’bass to solo piano numbers – so everyone can find something for him/herself. Hopefully, it’s just the beginning in discovery of young and emerging talents that will emerge from underground in next months/years. (Samir Čulić) 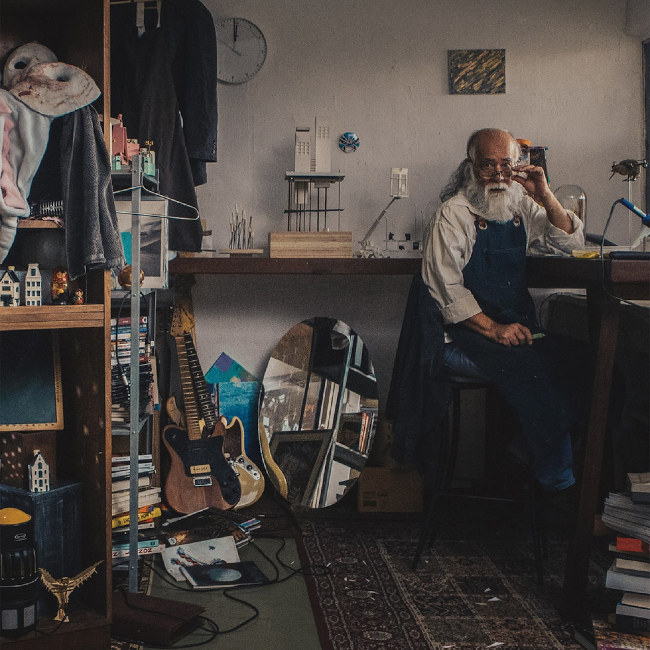 Sonically rich, structurally intricate without losing the authenticity of its soul, LUST’s “Tekesima” is like sweet dew from heaven. It’s somewhat amazing that the band makes playing their sophisticated brand of indie rock look so easy when it is rather difficult to pin it down.

Like a restless vagabond, “Tekesima” zips off to the next great idea as soon as you’ve warmed up to one. (Adrian Yap)