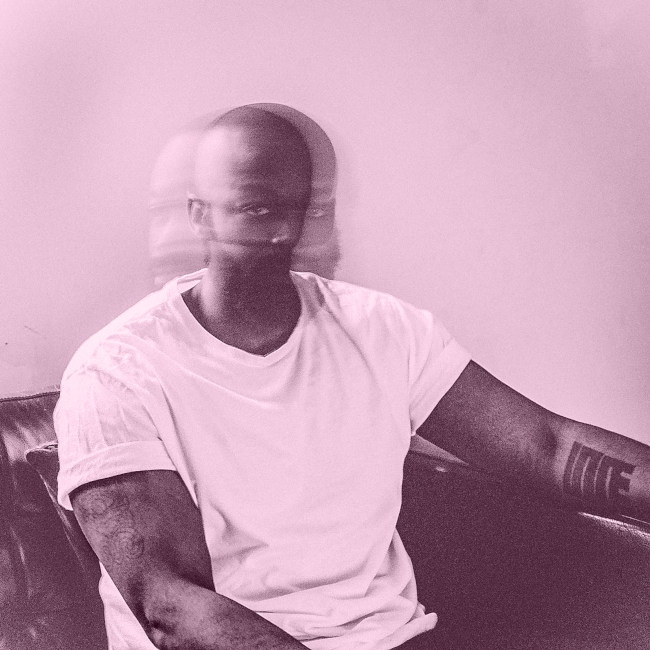 “FOLK” is Jesse Markin’s staggeringly rich and fully formed debut album under his own name. It showed the seasoned rapper-turned-singer broadening his musical horizon to soulful indie territory, without losing any of his poignancy and flow as a lyricist. (Erkko Lehtinen)

Como Asesinar a Felipes (CAF) are among the most interesting Chilean bands in the recent years. They’ve also been recognized outside of the country, playing as the opening act for Faith No More during the last tour around Latin America, and that group’s legendary bassist Billy Gould has become a constant guest on the latest CAF releases.

“Naturaleza Muerta” (“Still Life”) brings a change for the band, as they replaced the piano and keyboards of their initial albums for the flute and saxophone. They also feature guest singer Camila Moreno on “Días Oscuros”, which is CAF’s first female collaboration. And the participation of Chino Moreno from Deftones in “Disparan (Fill the Skies)” shows their recognition abroad.

“Naturaleza Muerta” is an album whose impacts is based both on its lyrics and sound, showing maturity and creative expansion. They reflect and warn, hide second meanings under the rhythms of hip hop, jazz and winks to progressive rock concepts, but without guitars. (Marcelo Millavil M.) 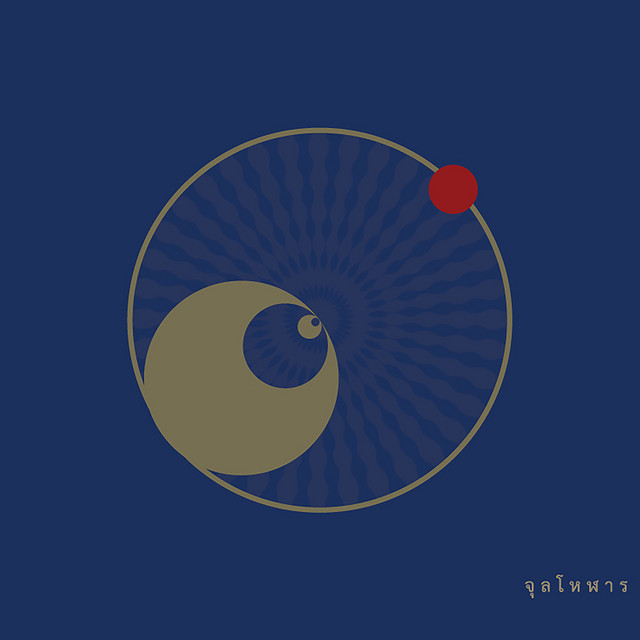 This trio from the Sakon Nakhon in eastern Thailand has been around for just about year, but their inconspicuous folk songs have attracted hundreds of thousands listeners. Similarly, their self-titled debut EP that was made internationally available earlier this year takes just about 20 minutes to listen, but it contains some of the best songwriting Thailand has to offer these days.

Even if you can’t understand the lyrical (and lynguistic) gimmicks, simply let yourself get immersed by Junlaholaan’s melancholic atmosphere and, gradually, soak in their beautiful melodies. That should be quite enough to make you keep this EP on repeat while we’re waiting for Junlaholaan’s proper full-length debut. (Worranat Kongchankit) 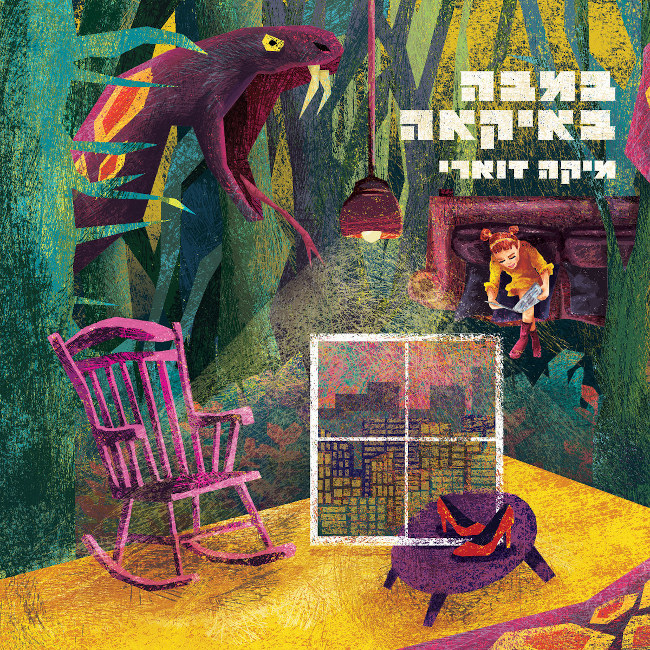 “Bamba In Ikea” (במבה באיקאה) is an impressive showcase of the colourful pop rock of Mika Doari (מיקה דוארי). Her full-length debut album is incredibly tuneful, well-written and perfectly produced. And for that last thing we should mentioned Yohai Mosari, who is also Mika’s boyfriend.

While the third track on this record, called “Far from whiskey“, is the most exciting pop/rock song I have heard throughout 2019, you should also check out the early single “Not allowed”, which has also received video treatment.

I was happy to see Mika Doari’s music is getting some substantial attention on Spotify – hopefully Israeli radio will follow. (David Michaelov) 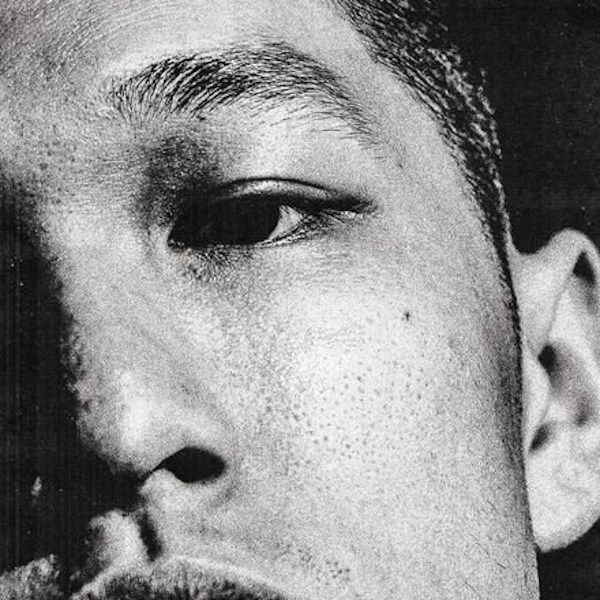 The album “Matt Force” is definitely worth checking out for all those who are curious about Hong Kong hip hop. (Edwin Lo) 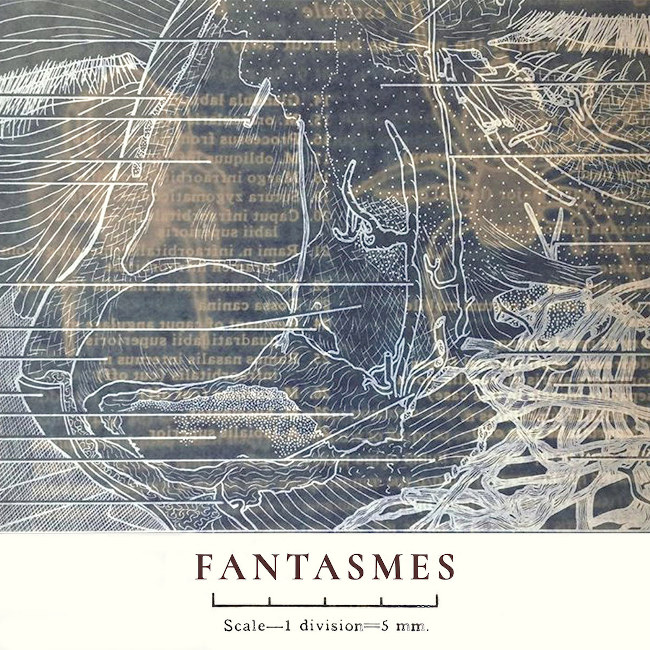 Having spent years building up a reputation as one of the island’s most furious live units, psych rockers Fantasmes seemed to slowly retreat into other projects during the back half of the decade. Their surprise comeback album – the group’s first full-length release since Redness Moon in 2012 – delivers an uncompromising vision of darkness born out of loss and resiliency.

The band’s new, self-titled album does not aim to reinvent Fantasmes’s sound, but clearly exists as a restatement of purpose. Paired down to just Negrón and percussionist Daniel Sierra, the project benefits from a more personal, focused approach.

An air of resignation hangs over opener “Fool At The Door”, like if someone’s last grasp towards the dying light had barely registered as a sigh. Within the confines of its plodding rhythm and tightly wound guitar lines, operating cog-like, Negrón delivers the loveliest melody on the entire record, offered as a taunt to the song’s titular fool – “there’s nothing else for you to lose”. And the whole thing gets bleaker from there on out…

However, as harrowing as the experiences that inspired it might have been, Fantasmes bring a powerful, meditative calm to the proceedings, making the journey through this record a rewarding – even restorative – experience. (Alfredo Richner) 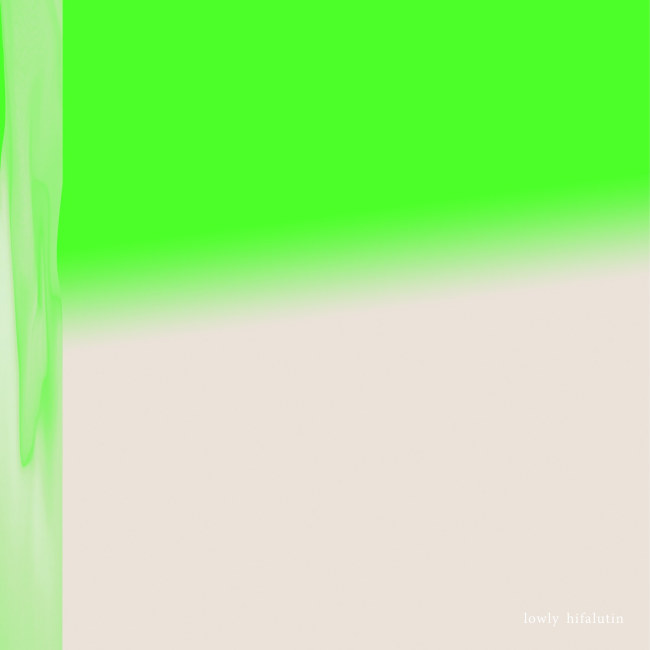 “Hifalutin” is truly a masterpiece by larger-than-life Danish outfit Lowly. Their experimental and beautiful debut LP “Heba” set the stage for one of the most interesting Danish acts in recent years, so the expectations for “Hifalutin” were high – and somehow the band exceeded them.

The album is the perfect example of how to go about making an album that is at the same time unequivocally Lowly without ever get stale or predictable. The vocals by Nanna Schannong and Soffie Viemose are as beautiful as ever, the harmonies are chilling and the overall composition is just a fascinating listen. In short: “Hifalutin” is masterpiece. (Peter Pishai Storgaard) 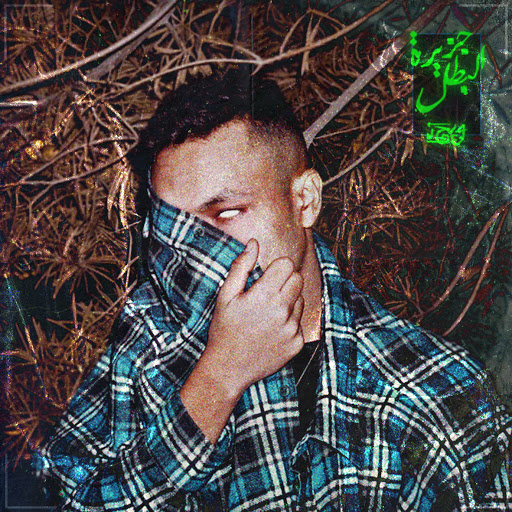 Finding it impossible to write about just one album from Egypt, I will instead quickly present three. Released amongst a prolific outpour of productions, Wegz debut EP, “Gezerat Batal” (Hero Island), is one of the most resounding hip hop albums of the year. Driven by a largely trap aesthetic, Wegz complex rhymes and self-reflective narratives are packed with layers of meaning – at times traveling across melancholia or madness as heard across the album.

Also on my heavy rotation this year was Rami Abadir‘s sophomore solo album, “Aphasia“, with its lush, shimmering synth palettes and harrowing melodic packages. The story of “Aphasia” arrived to further announce Abadir’s penchant for unearthing elaborate electronic sonic textures and uncanny acoustic sounds, it is a stunning listen from start to finish.

Also emerging out of the plethora of electronic releases this year, was J!N‘s debut album release “pink stm & wite ptl” with a fresh sonic direction, combining ambient, and progressive trip hop aesthetic that is as wonderfully atmospheric as it is emotive. (Maha ElNabawi) 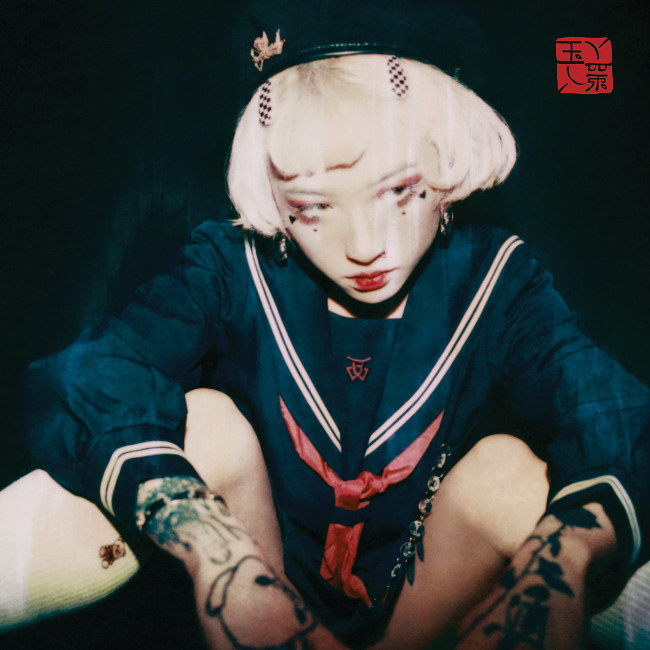 The first time yeule (Nat Ćmiel) appeared on beehype was in our Best of 2017, with her inspiring EP “Coma”. Her whispery vocals and shimerring electronica are now in full bloom on her first LP, “Serotonin II”, and it’s really been worth waiting for such full-length debut all these (seven!) years.

It starts with a short track called “Your Shadow” and ends with “Veil of Darkness”, and in between you’ll meet angels, butterflies, and a space cowboy. Ćmiel loves to travel and this record is as much a journey as music can offer, coherent sound-wise but colourful and indicing diverse emotions over the course of the listening session.

yeule says: “It’s difficult for my mind to stay in one place. I can go back to revisit the person I was in my dreams. I see them as multiple people. Sometimes they talk to me, but I’ve cut most of them off because they start screaming in my ear.” 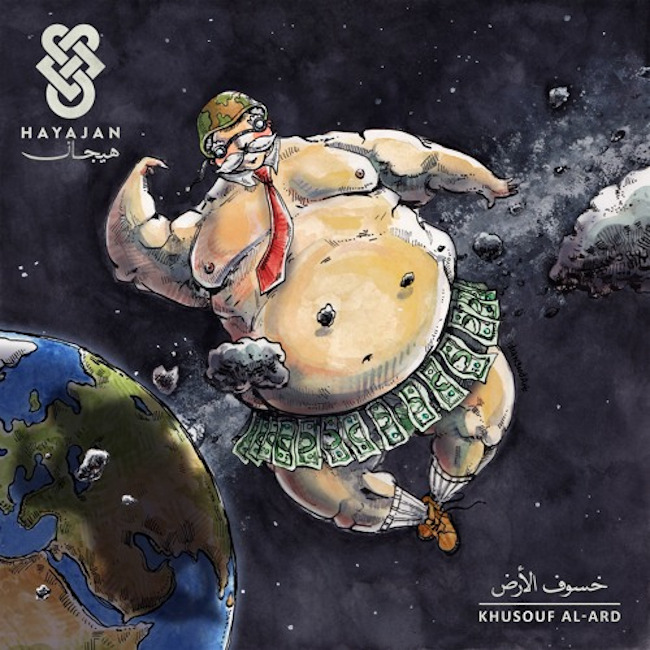 This self depicting album of what seems to be the band’s view of the current state of humanity fools you into its title “Eclipse of The Earth” with an easy upbeat “Yalla Bina” followed by how they perceive the Human Race with “Ardon Wahed” – “One Earth” before they fully discourage a Martian to stay on our planet claiming it’s become “Zubalah” – “Trash”.

Alaa Wardi and friends’ sophomore effort continues to experiment blending different genres from electronic to pop and rock in a more mature sound. That said, their lyrics continue to struggle to rhyme or make sense at some time unless it’s something they intentionally seek to reflect as a band. (Aliaa El Shabrawy)

The 44-minute album “Vamos a volvernos locos” is, without doubt, one of the albums of the year. If someone thought they could not overcome their previous works, they were wrong. Their’s maturity in their lyrics, increasingly elaborate and better produced sound, and songs that leave no one indifferent.

It’s hard to sum up the whole album in just a few words, but if we have to – “Vamos a volvernos locos” is a very solid material, with a wonderful production, and unforgettable music themes that will become the heart of León Benavente’s live shows, ones that we will certainly not want to miss. (Jorge Martinez, YTSI) 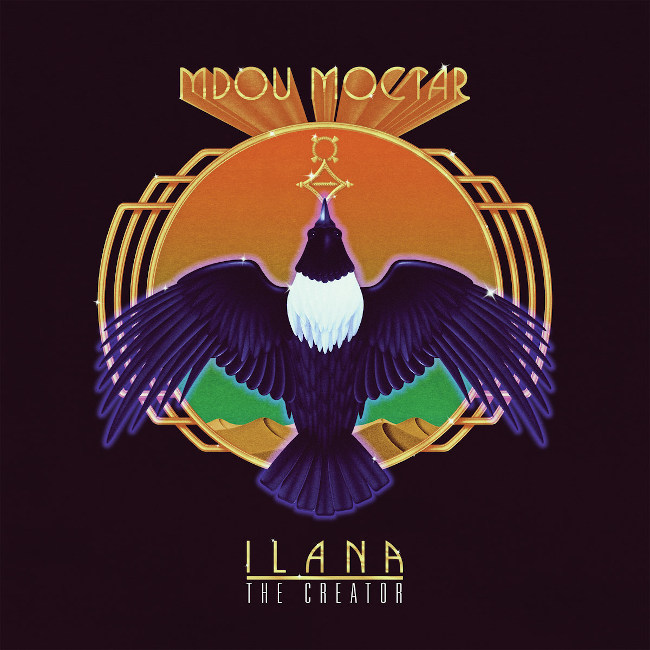 An ambassador of Tuareg music, Saharan singer-songwriter Mdou Moctar came back earlier in 2019 with a new LP called “Ilana”, which means “The Creator”, a follow-up to “Sousoume Tamachek“. released on Sahel Sounds.

The album was recorded in Detroit with a number of acclaimed musicians, and has a much more expansive sound than anything we’ve heard earlier from Mdou Moctar. There’s more space and more energy, but Moctar’s hymn-like melodies are still there.

The first single, “Wiwasharnine”, has a strongly psychedelic ambience as well in it, and that only adds to Touareg music’s default mesmerizing effect. (Thomas Mecha) 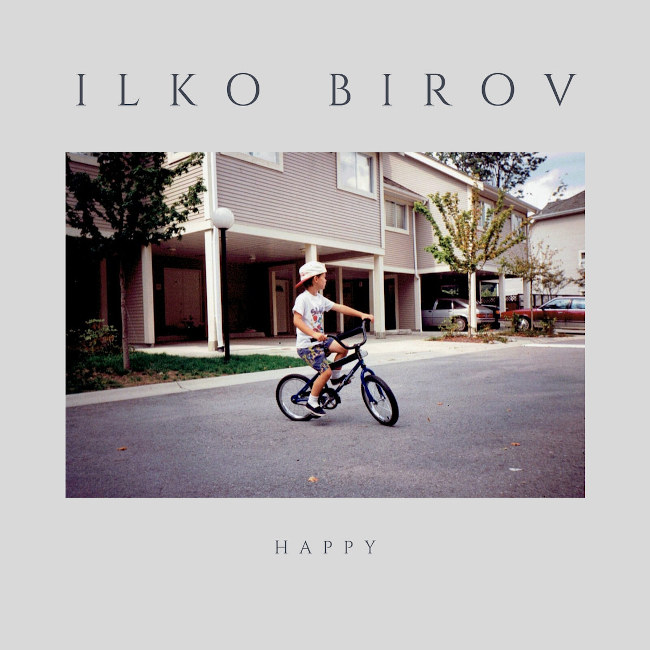 Singer-songwriter Ilko Birov brings familiarity with a twist – he does his brand of Americana so well it feels more like a lost classic than a rehash.

Most of the songs on “Happy”, his debut full-length, have been featured on his setlists for years and it shows in the way they sound both minimal and rich – a result of experience, practice and vision. (Svetoslav Todorov) 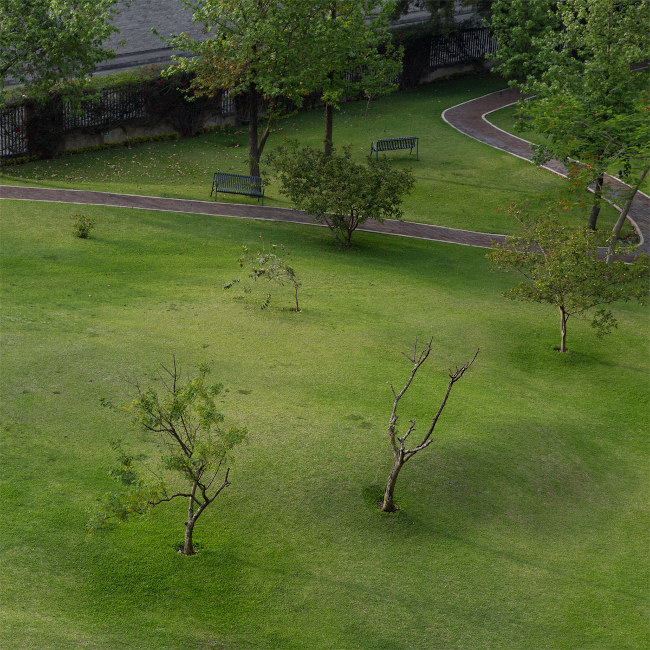 The composer and cellist Mabe Fratti was born and raised in Guatemala, but she’s currently based in Mexico City – which jumpstarted her recording and touring, resulting in this debut album released in May.

“Pies sobre la tierra” sums up her experiments with violin, electronics and her voice, resulting in a tranquil, introspective experience that’s unique not just in the Latin music scene. With this album, she wrote, she wants to invite us to the world or mental space which is both a place of freedom and illusion.

Ricsárdgír – “Rise of the Koala”

Hungary’s best trash band Ricsárdgír just released it’s third album which immerses itself musically in the world of festival anthems, country music and eurodance, creating such an artistic eclecticism that can only be characterized by a single word: Ricsárdgír. (Lelle Buzás) 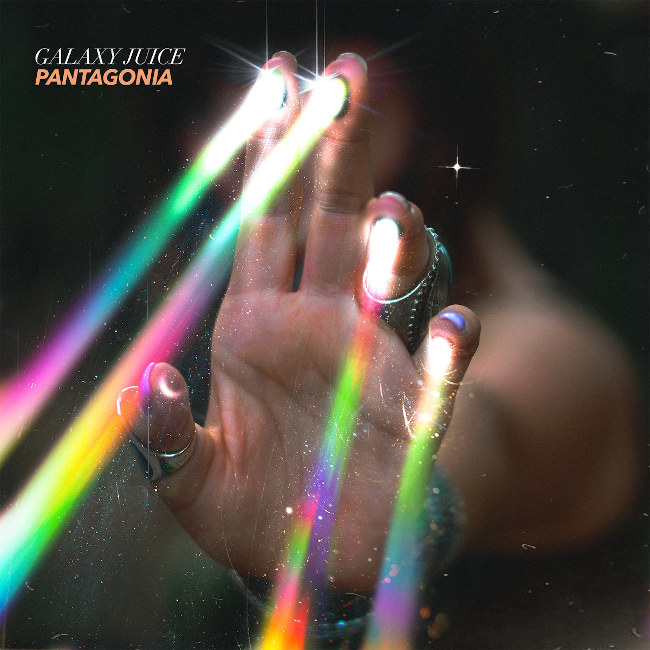 They tag all kinds of rock on their bandcamp page – alternative, dream, psychedelic, space and synthrock – and it actually seems to describe Galaxy Juice’s music as well as the group’s name itself. “Pantagonia” is the third outing from the Kuwaiti sextet in five years since they debuted and gained attention from all space rock / dream pop music fans around the region.

With just five tracks, this album is much shorter than their previous efforts, “Crystal Dunes” (2014) and “Timnesia” (2016). But the promise of “shimmering and pulsating and bright blast of psychedelic pop” is fully delivered. (Lina Rim)