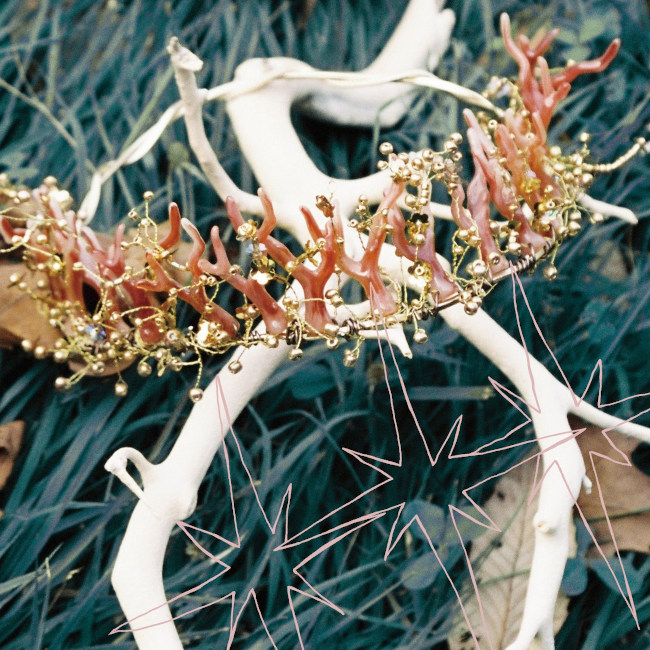 “Cosmos Superstar”. It’s a huge, maybe exaggerated moniker. But if you hear Han Jeongin’s music, you will understand where this name came from. Starlight is shining upon the beautiful synthesized melody all around her soundscape, and her voice graze through the gleaming light like a comet. In this space, you can’t miss the trace her comet-like voice has drawn. Those things make her the superstar in this cosmos.

However, it arouses a perplexing feeling. Why this kind of clear and transparent voice makes me want to cry? Why this superstar is cruising among the far starlight? Why it looks like her music yearns for eternity, but without definite promises? The timbre of Cosmos Superstar’s voice is flat like glass, but she subtly trembles her voice to create ripple on its even surface. With this trembling voice, she sings out ephemeral moments that feel like eternity. The moment when Ruby was sleeping quietly, the moment when teenagers endlessly repeated their pledges, the moment of summer after 70 years…

“I concluded that there is no eternal thing in this world. Ironically, that truth relieved me a lot.” Cosmos Superstar explains that this record is about the things she loved once and gone now. And this album is created. It exists, and remembers. It tells, even after all the things are gone, “we” can still exist and move on. For me, “Eternity Without Promises” is the one album that rekindles the power (or, belief) of the personal relationship between music and person. That truth relieves me. (Guwon Jeong & Jeon Daehan) 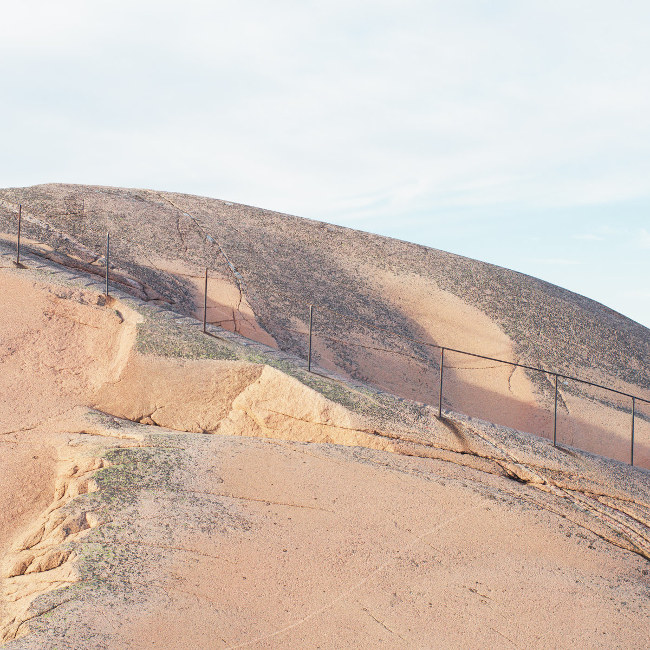 “Woolgathering” by Liis Ring resembles a long stroll in real and imagined places across an ever-changing landscape where the eye catches glimpses of different colours and shapes, or a soft “hygge” sweater, woven from small pieces of wool. It’s not terribly important where a form or stripe ends and the other begins as there are no primary colours.

It’s quite easy to tag it as a kind of accompaniment muzak for some fantasy simulation or abstract painting or somnambulist pop, led by barely partial, flowing, ambient pulse of a sleepy sleeper, devoid of pumping rhythm and sing-along hooks.

Its elegiac dreamscapes alternate with glimpses of a lakeside country house in Sweden, a temporary rental space, and its field recordings of wildlife collide with bursts of prog, avant-garde as well as gentle nostalgia for an age yet to come. (Ingrid Kohtla, Tallinn Music Week) 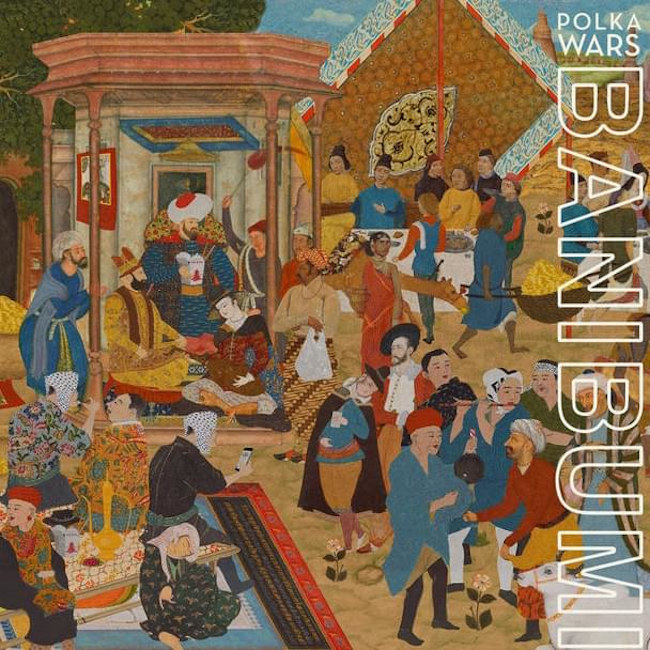 From the very beginning, Polka Wars insisted you should listen to “Bani Bumi” in its original sequence, from beginning to end, without any interruptions. One of the reasons is, as they admit, that they really love each song on the album, and they want to share this love with listeners. The band’s energy can also be properly transmitted only this way.

But another reason is that “Bani Bumi”, a fantastic follow up to 2015’s debut “Axis Mundi”, is a story about human emotions, experiences, suffering. For each person, these words mean something different, so we need to hear each other out. These 13 tracks from Polka Wars’ could the a perfect start for that dialogue. 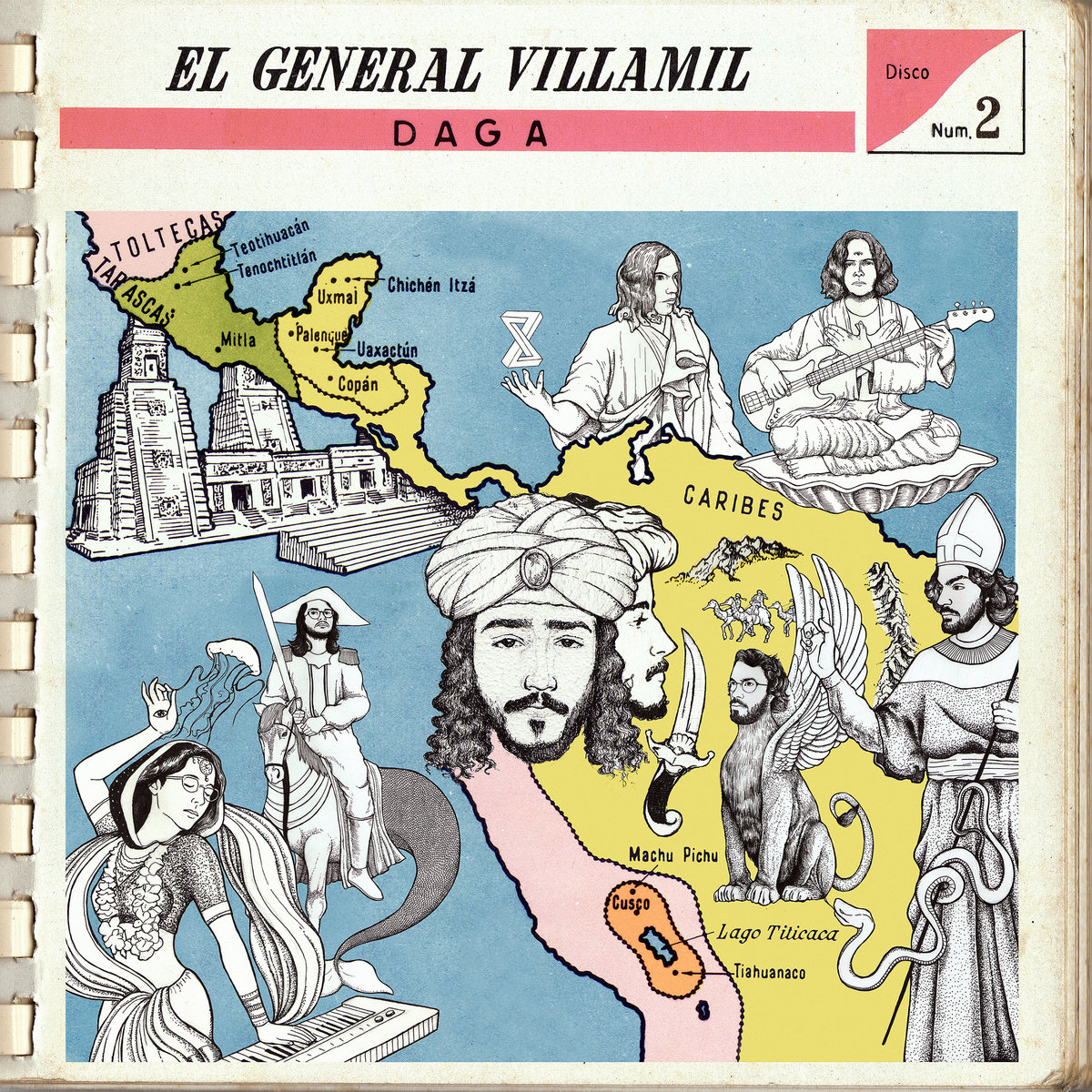 In their second LP, El General Villamil brings catchy melodies and some new elements to their lo-fi style. To describe them as surf rock doesn’t make them justice any longer. The group from Guayaquil has managed to approach the genre in their own terms, and, on “Daga”, their latest form is a very pleasent one.

With “Daga”, El General Villamil has released their best record to date and managed to polish their sound to establish their identity. (Martin Cordova) 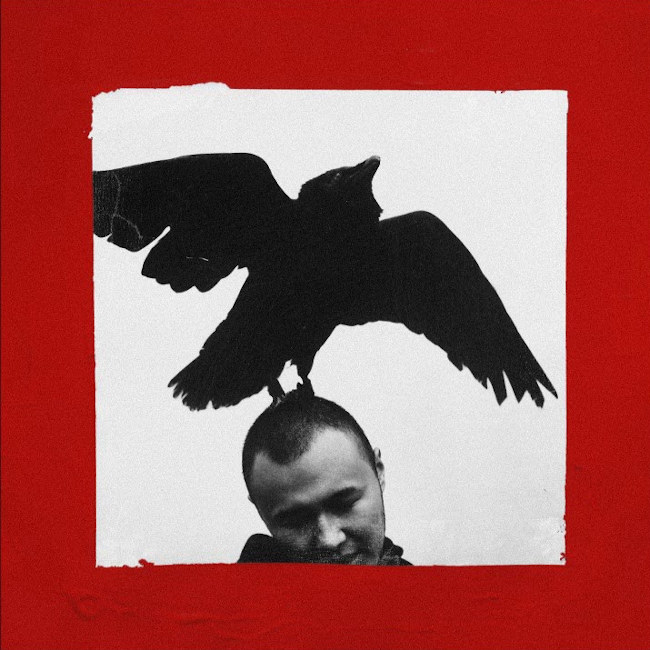 Angry, uncompromising noir hip-hop influenced by jazz, trip-hop and blues. Maslo Chernogo Tmina (масло черного тмина), which means Black Seed Oil, released an album where each track seems to be influenced by a different genre. One could be a jazz suite, and another is an extreme blues full of nerve and passion.

As the result, “Kensshi” is much more than “hip-hop”. It is a work of voice, music and unique talent. (Artem Shenfeld, Другая Музыка)

Ourselves The Elves – “Self Is Universe” 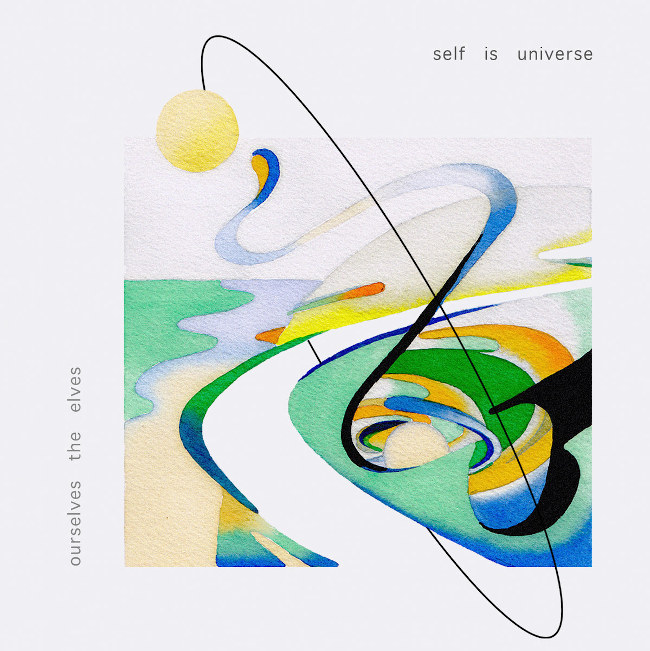 With exquisitely arranged collection of indie rock anthems, dream pop lullabies, and alt-country jams that toe the line between getting lost in the familiar mundane and finding comfort in ruins, Ourselves The Elves’ “Self Is Universe” explores complicated lives and relationships which could be revelatory in any context, but piercingly honest and diarist in how it was conceived.

It’s the band’s most affecting set of confessionals and observations yet: a record that navigates a universe revolving around planets and sad souls, misfortunes and hopelessness, illusions and dreams, intimacies and indefinable feelings, devastating loses and small wins.

Eternal love is impossible, families and friends can tear us apart, but in Ourselves The Elves’ universe, there’s a reason to hope and live even when the world is slowly crumbling apart into pieces. The album offers a blanket of sunshine for the forsaken and lost, disadvantaged and emotionally trying, even for a just a temporary period of time. (Ian Urrutia)

Stahlberger have returned with “Dini zwei Wänd” and presented themselves with new energy and a fantastic way of getting into your brain. The music is sometimes dark and brooding, the melodies are electronic.

All of this comes in the contrast with intense lyrics and a refreshing view of life in Switzerland. Different and daring. (Michael Bohli, ARTNOIR.ch) 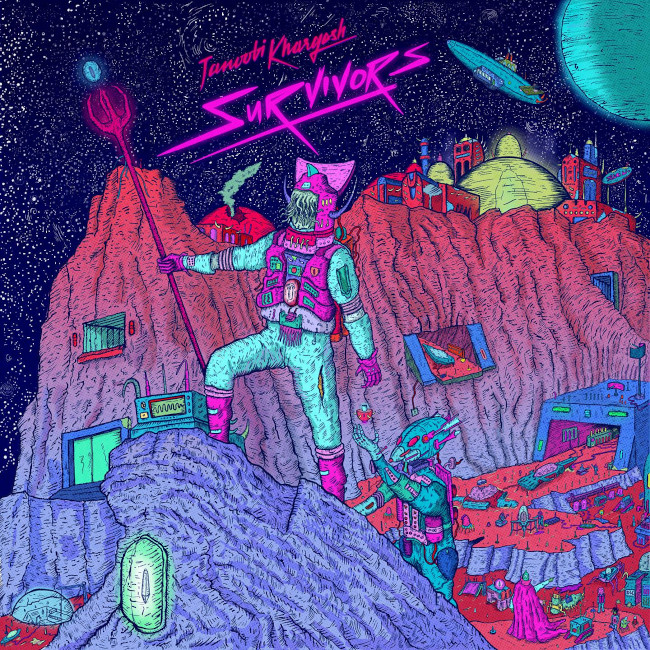 “Survivors” is the sophomore album from Waleed Ahmed, also known as Janoobi Khargosh. It’s a brilliant, nostalgic throwback to ’80s synthpop, but in a way that never feels superficial or pandering. Ahmed manages to blend the modern with the retro, and standout tracks like “Hum Kal Mein”, “One” and “Survivors” are an absolute blast to listen to. (Abdul-Rehman Malik) 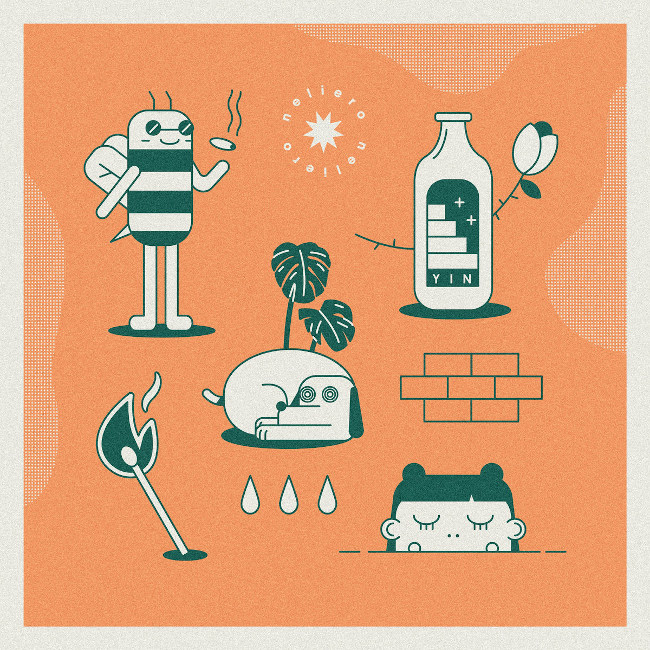 This year’s biggest surprise in Costa Rica was defined by Neliero’s psych-pop debut. Although it’s conceived as a short EP, there are plenty of reasons to take this release as one of the most distinguished products in 2019. In 15 minutes, José Daniel Brenes’ musical outfit dazzles a concise, and yet sparkling narrative. Also, as an ambivalent themed album, the EP blends voice distortions, echoes and a quite fuzzy dose of nostalgia (take “YIN” as the most representative example of this).

The short – but captivating – musical collection behind “neliero” EP shows us why (once again) a tiny work can have more to say than an extended opera. Neliero is, at last, an answer to contemporary human appreciations, where attention, time and feelings are commonly associated with short processes. (Alejandro Ortiz) 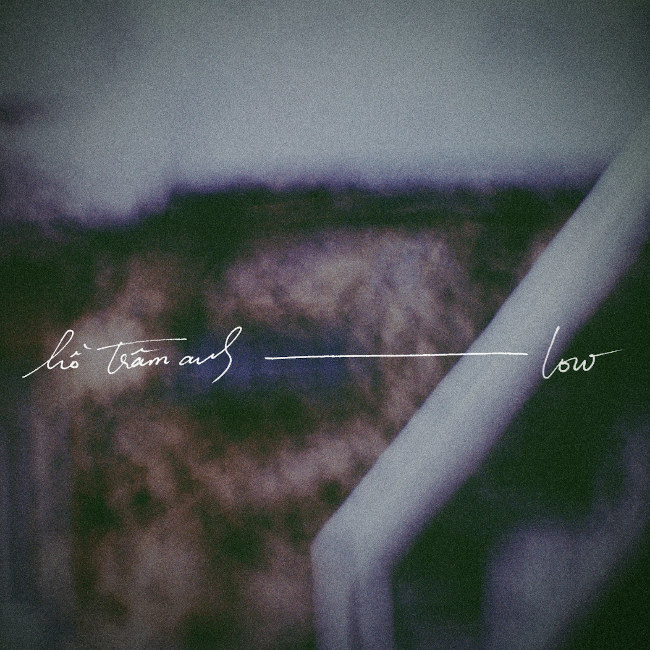 A stunning beauty. A grand engagement. Darkness has never been so spectacular and frightening. Ho Tram Anh, through her three new songs, talks about her soul, her search for the last remaining pieces. But at the same time, “Low” EP is a requiem for the existence, for a world of which meaning is absent, and there’s only ultimate desolation left.

The music has transcended beyond artificial borders of motivational state-own college rock or indie music singing to the collective lovey-dovey mood of millennials. This is the narrative of the self and only the self. Beyond the organizations and the clubs, the “us” and “them”, the overlapping chains of herd instinct, is an unique voice of music. (Nguyen Trong Nhan & Vu Trung Kien)

We first heard about the young singer-songwriter and multi-instrumentalist Anton Liljedahl back in 2018, when he published his debut single “Vónarsjón”, a song of exceptional beauty even for Scandinavian music.

Around a year later, this half-Faroese, half-Swedish artist relased his first album “Summarnætur” (“Summer Nights”), which adds five more songs to his repertoire – some of them as majestic, all of them as uplifting as you could expect from the summery title. And the good news is that he just promised that “a lot of exciting things are about to happen in 2020”. 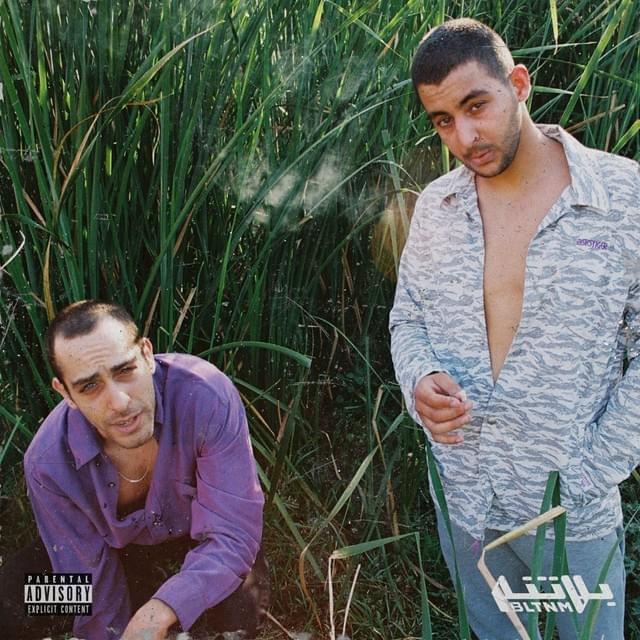 If anyone ever thought hip hop was dead, “Sindibad el Ward” by Shabjdeed and Al Nather, proves it isn’t, and that the Middle East is its new breeding ground.

Thematically, the album – released on BLTNM – is complex, dealing with topics of nihilism, classism, spit through socially and self-reflective lyrics, where the Israeli occupation continues to be felt subversively throughout.

Sarra Tsorakidis has been involved in filmmaking for many years now, as a graduate of film directing at the National University of Theater and Film in Bucharest. “Drum închis” is her first proper incursion into the music world. The EP contains just five tracks that take less than fifteen minutes, but each one is an intense and memorable experience that deserves a repeated listen.

“Drum închis” is also a showcase of what modern pop music is. You can describe it by naming emotions (intrigued, enchanted, hypnotized, once relaxed, once slightly unnerved) rather than genre names (electronic? electro? R&B? alternative?). It certainly does help that Sarra is accompanied on this release by a number of acclaimed producers, Inana, Plevna and Ion D. 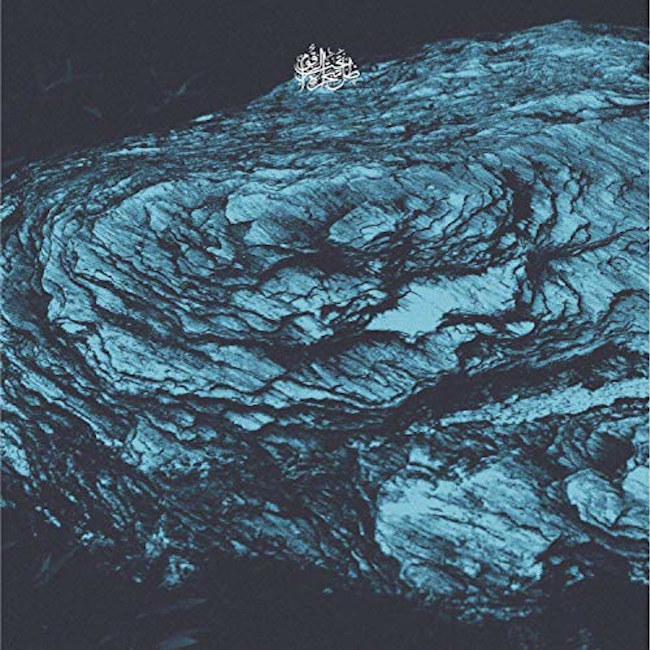 This album has many connotations from Qur’an and religious backgrounds, and it makes it hard to review without having these nuances in mind. Maybe that’s why this album’s become quite popular outside of the region, who listeners are free of pre-conceived judgements.

One thing is sure: this debut by Mecca-based producer and singer-songwriter is a unique piece of music unlike anything we’ve heard across the MENA scene and beyond. (A.S.) 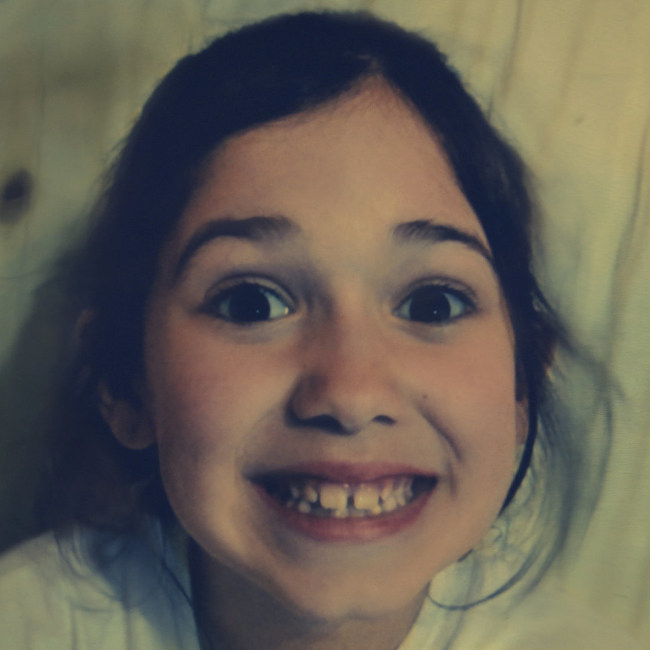 I’m mostly a film enthusiast, so I can’t stop thinking of “Alucinaciones en Familia II”, the second album by the band of the same name, as “The Godfather II” of this year in Uruguayan music.

As Coppola’s masterpiece, the latest album by the rock band led by Pau O´Bianchi (one of Montevideo’s most prolific and complex voices) goes deeper in its construction of its landscapes and characters that stumble through climatic scenes of musical ambition. The songs in “Alucinaciones en Familia II” take the listener into a wild ride of melancholic optimism, if such things exists.

Taking the first verse of the album into account, “Hoy cualquier luz puede ser un sol (“Today any light could be a sun”), one could argue that Alucinaciones en Familia is shining brighter than ever. (Pablo Staricco Cadenazzi) 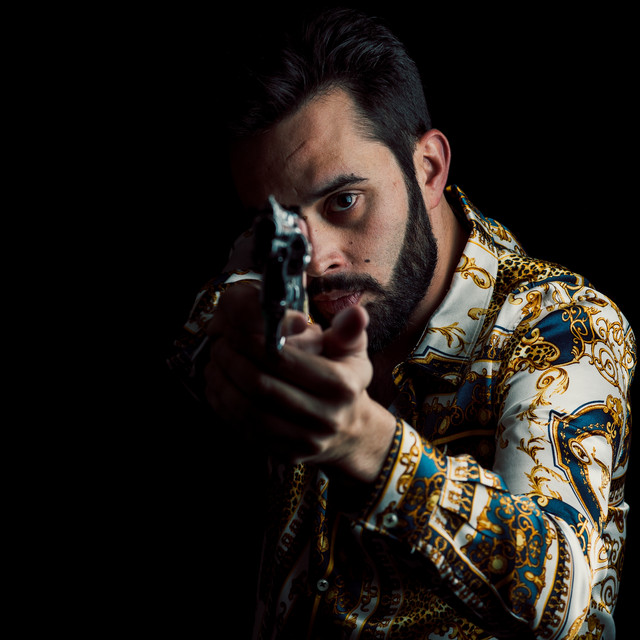 Semi-reality (or semi-fiction, as you like) is once again the strong dish of this musical buffet, for which David Bruno was inspired by a series of murals with the inscriptions “Adriano Malheiro Caloteiro” – which appeared in late 2018 in Gaia Coastal Zone – to create the proper universe of this album. From the Miramar, sun and beach to the Steven Seagal or Jean-Claude Van Damme films was a snap, and so is born this “Miramar Confidential”. 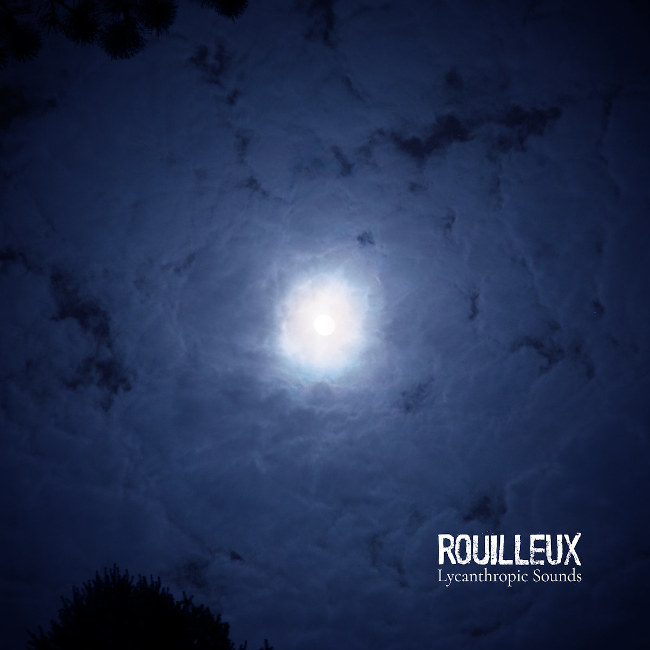 Yet another soulful transformation of Luboš Rezek’s ever evolving Rouilleux. “Lycanthropic Sounds” is a record of breathtaking subtlety, but at the same time abrasive, demanding. Noise rock meets Current 93. (Viktor Palák)