Here are this year’s last festival recommendations selected by our global community. But if you are planning trips for 2019 already, take a look our previous features for July, August , September, and October.

► Also check out our Spotify playlists with the best new music from around the world! 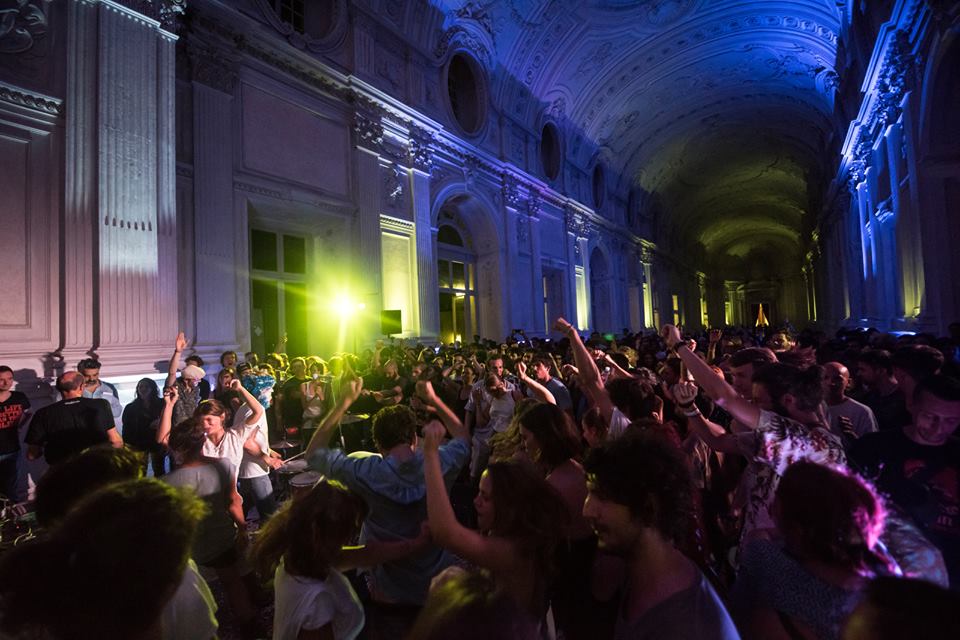 There are few festivals that can really impact the attendance at concerts held days after it, and the only Italian one is Club to Club. Experience says that if you put up a show on the Sunday and Monday that follow the festival, you have to expect a smaller crowd, because a ton of people will be at the Turin event and because, after two very intense days and nights, they will just want to go home and relax. The festival is multi venue, hence its name, and this is its 18th edition.

It started as a purely electro oriented event, but during the years, it grew bigger and bigger and expended its musical range. The organizers call it an avant-garde and pop music festival, and the names of who played here in the past are impressive: Thom Yorke, Kraftwerk, James Blake, Animal Collective and Autechre are only a few of them. This year, the line-up is no less mouth watering, with the likes of Beach House, Aphex Twin and Jamie XX, among many others.

There are five different venues across the four days, but no more than two per day, so the attendees can enjoy different environments almost every day and have the chance to see almost all of the artists in the bill. The lineup in mainly international, but there’s room for the local scene too, with promising live acts like Blenoise and Mana and DJs like Palm Wine and Elena Colombi. (Stefano Bartolotta) 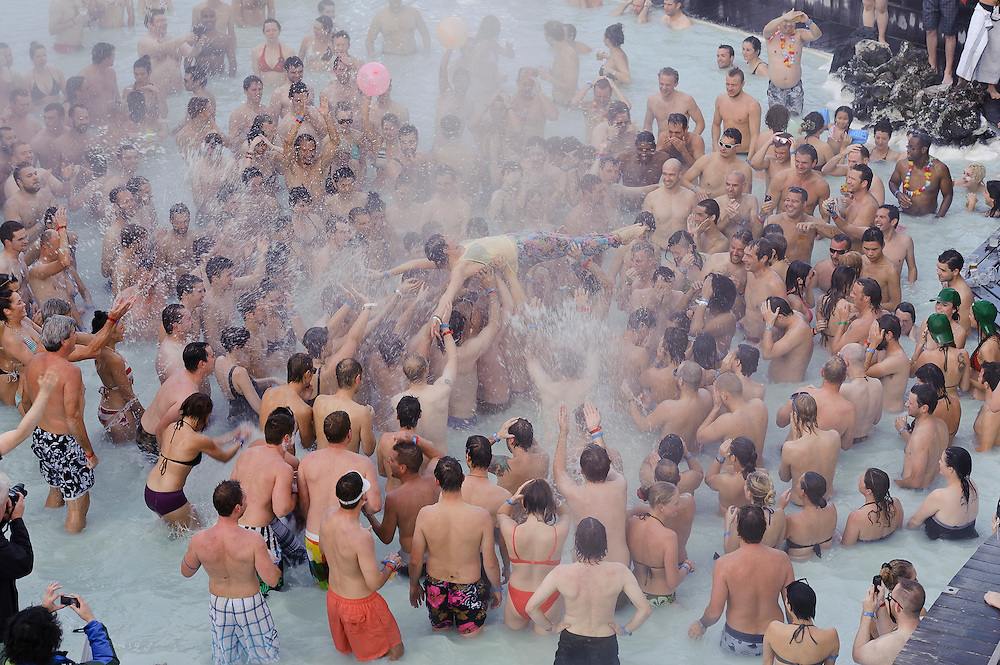 Iceland Airwaves is a beautiful little city festival in the world’s northernmost capital of Reykjavík. Over the years, it has gained a reputation as a tastemaker paradise; it’s a festival that spots great bands early, giving attendees a chance to see the big stars of tomorrow in small, intimate venues.

But as well as astute scouting, Airwaves is an annual state-of-the-union for the ever-thriving Icelandic music scene. All the musicians and bands of Iceland—of which there are a famously startling amount, for a country of 340,000—bring their A-game to the stage, unveiling their new material for an influx of international guests and media.

What makes Airwaves so charming is really the smallness of it all. Sure, there are big concerts—well, if you think venues of 1000 capacity such as the city’s Art Museum are big—but most of the concert halls fit just a couple of hundred people. This means there’s a communal spirit that radiates through the event as you bump into old friends and new ones whilst running between churches, bars, basements, theatres and concert venues. It feels like the entire city centre of Reykjavík 101 is overtaken by live music—including a large daytime programme that means you can watch live music pretty much from waking until sleeping every day.

For its 20th year, Iceland Airwaves is under new management, so musically-minded locals are burning with curiosity to see what new ideas and changes are implemented this year. If you’re interested in Icelandic music, it’s a must-attend Mecca. Fair warning: it’s addictive, and once you’ve had a taste of the fun and chaos of Airwaves, you’ll definitely be coming back for more. (John Rogers) 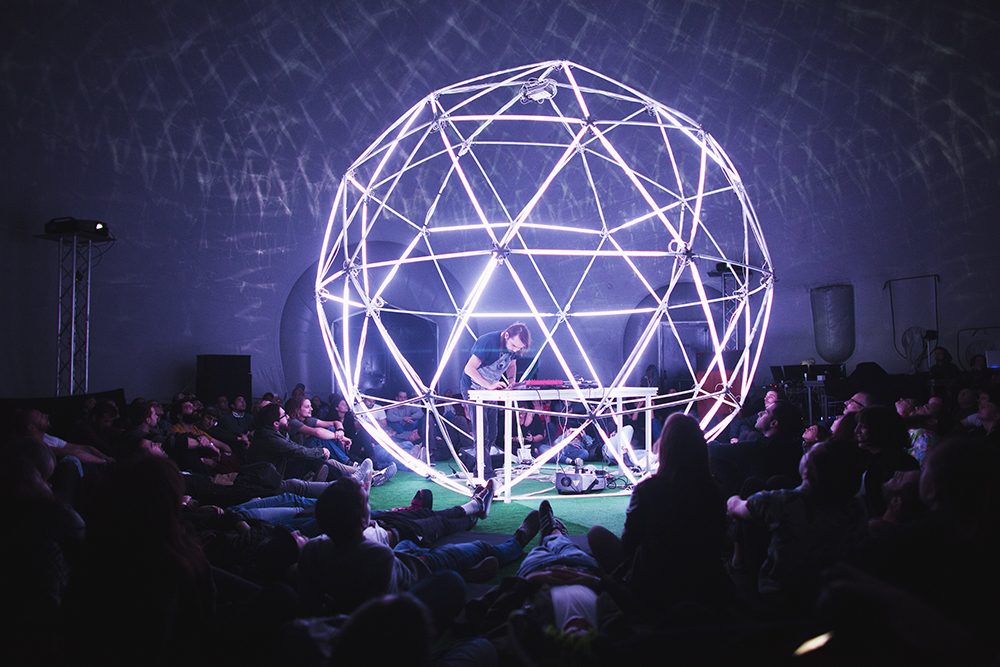 The festival of digital arts. This is how MIRA is defined, an event that was born in Barcelona in 2011 as a space for exchange, dissemination and collaboration between visual and musical artists.

The program for this year includes concerts, conferences, installations, audiovisual projections, workshops …and for first time this year a 360° dome. It’s celebrated in the Fabra i Coats – Fàbrica de Creació cultural space, in the Sant Andreu district of Barcelona.

One of the peculiarities of MIRA is that its promoters are a non-profit association and volunteers participate in it. That is why the results are reinvested in promoting culture in a sustainable way. (Daniel Muñoz) 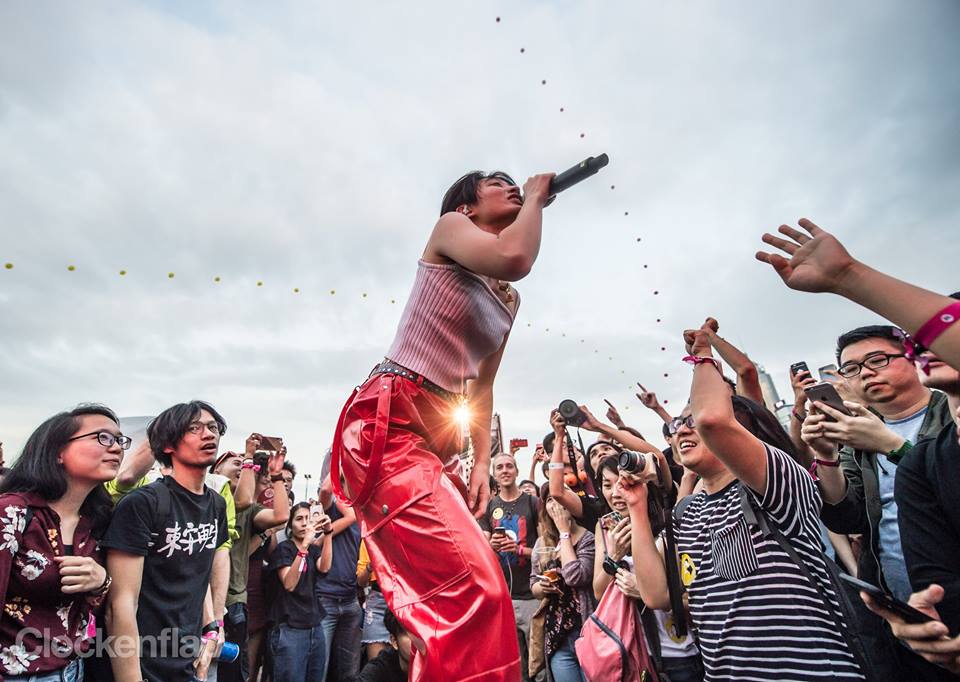 Over its 10 years of existence, Clockenflap has grown to become Hong Kong’s premier music and art festival. Having played host to a diverse range of music acts, from international big names to local and regional favorites, the outdoor festival has consistently delivered an East meets West lineup selection that reflects the taste of the city.

After moving locations three times, the festival finally settled in at Central Harbourfront two years ago. Providing the perfect backdrop to a celebration of music and art. The headliners of year’s edition of Clockenflap include Erykah Badu, Interpol, David Byrne and more. And the local line-up includes some of Hong Kong’s brightest. (Edwin Lo) 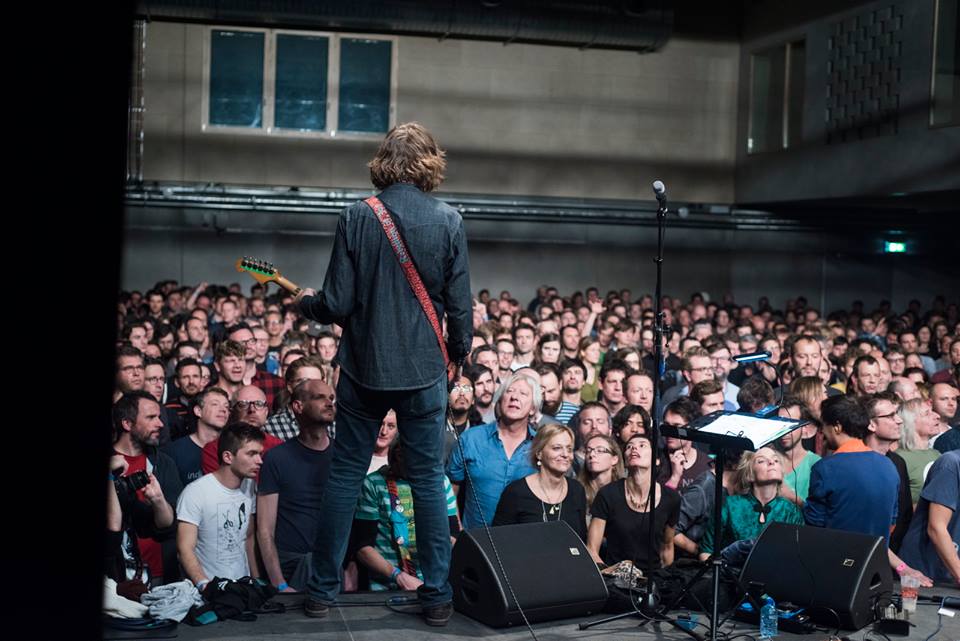 Sonic City is a yearly indoor festival in Kortrijk, in the very west of Belgium at just a few miles from the French border and, for those who trained a little bit, at biking distance from Lille. What makes this event so special is that it’s curated by an artist that figured on the line-up of the previous year.

Courtney Barnett had the honour to compile the line-up for the coming edition, after having been one of the artists that got selected by Thurston Moore in 2017. Like her predecessors, Barnett offers us a good mix of names that we could have predicted, like Joan As Police Woman or Poliça, some surprises like Let’s Eat Grandma or Drinks, some established names like Eleanor Friedberger or new kids on the block like Snail Mail and Dream Wife.

Traditionally, as it’s curated by foreign artists, Sonic City does not have too many Belgian artists on the line-up. Courtney Barnett seems to have informed herself well about our local scene, though, and invited Melanie De Biasio and WWWater. (Brett Summers) 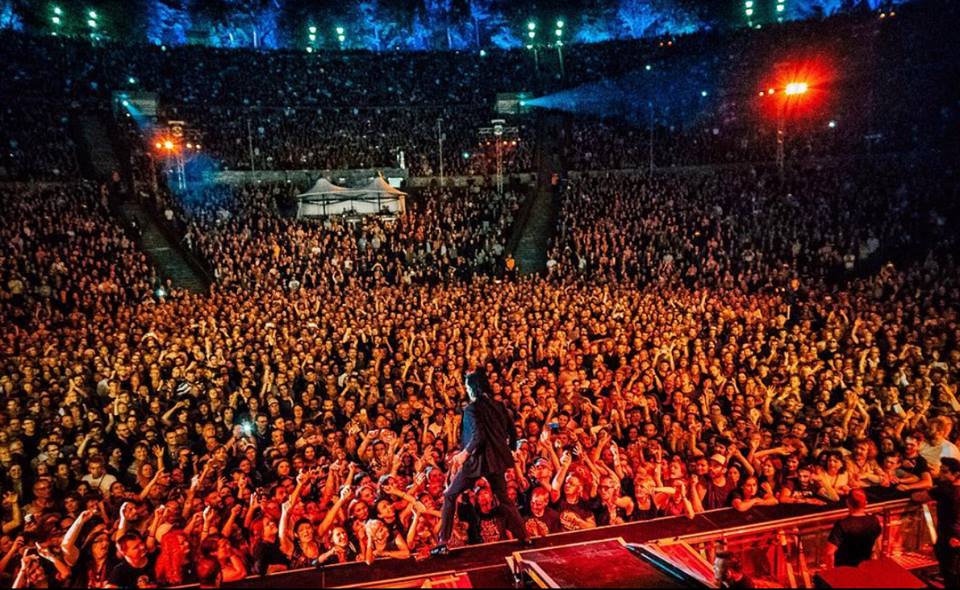 Popload is pretty unique. Since its inception, the festival managed to find the perfect balance between beloved international “indie” acts and talented Brazilian artists — Iggy Pop, Belle & Sebastian, The xx, Tame Impala, Beirut have all played the festival.

As the years passed, Popload established itself as a niche festival. It doesn’t need to bring huge headliners like Lollapalooza or Rock In Rio do because they are already offering what the public is looking for: alternatives outside of the mainstream music scene.

This year has an especially varied lineup. Lorde, At The Drive-In, MGMT, Blondie and Death Cab For Cutie will share the stage with some talented Brazilian names: Mallu Magalhães and Tim Bernardes are gonna make a special set for the festival and Letrux has one of the most intense performances of the year. (Matheus Anderle) 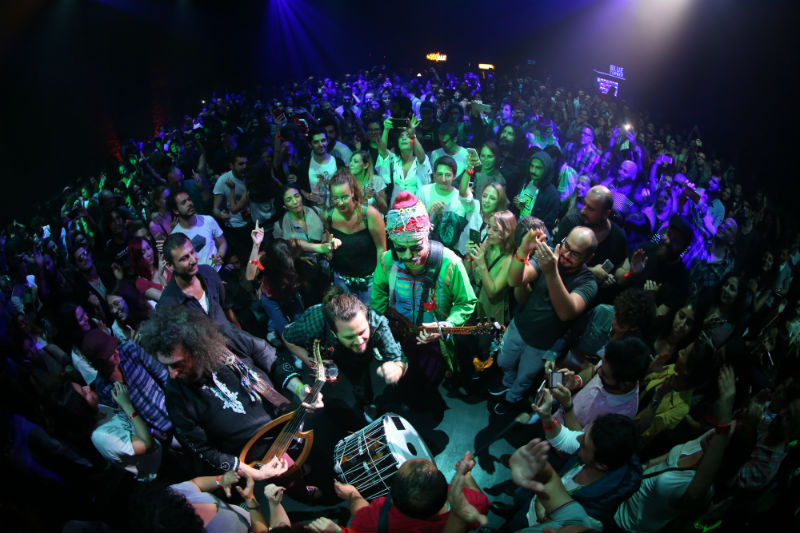 Different performances from different genres will be on stage at Zorlu PSM İstanbul on November’s 16th and 17th. Of course, there will be something in common which is all these will make you dance. There are essential names from Paris, Norway, Glasgow, London, and some other cities too.

But I should offer some Turkish names for you. At least try to catch these three concerts: 1. Cava Grande, the upcoming project of a significant musician, Tan Tuncag. 2. BaBa ZuLa, the worldwide famous Turkish psychedelic legends. 3. HEY! Douglas, reworks of great 70s’ Turkish songs that will move you. (Emir Aksoy) 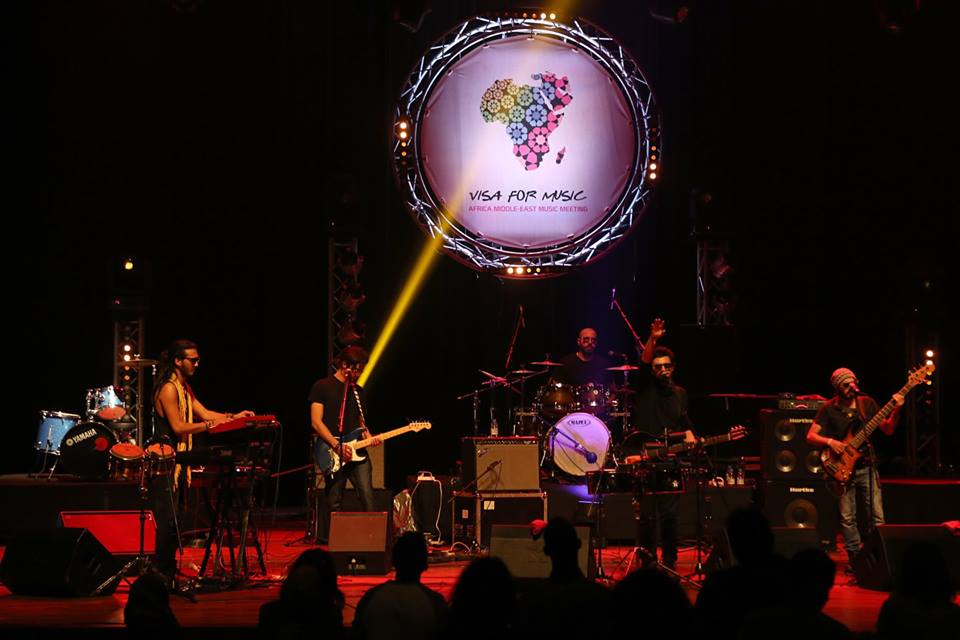 More than 40 concerts of artists from around Africa and the Middle East – as well as multiple discussions, workshops and speed meetings – make up just part of what Visa for Music has to offer. The other half being a unique atmosphere of the event and further: of Morocco’s capital. That’s a place where you can meet the right artists and other music people in the right scenery.

If you take a look at the showcase programme itself, you might be surprised to see many names that haven’t been noticed yet even in their own countries. But that’s actually the biggest advantage and the best reason to visit Visa for Music – and see all of them before the rest of the world notices. And it surely will. (Lina Rim) 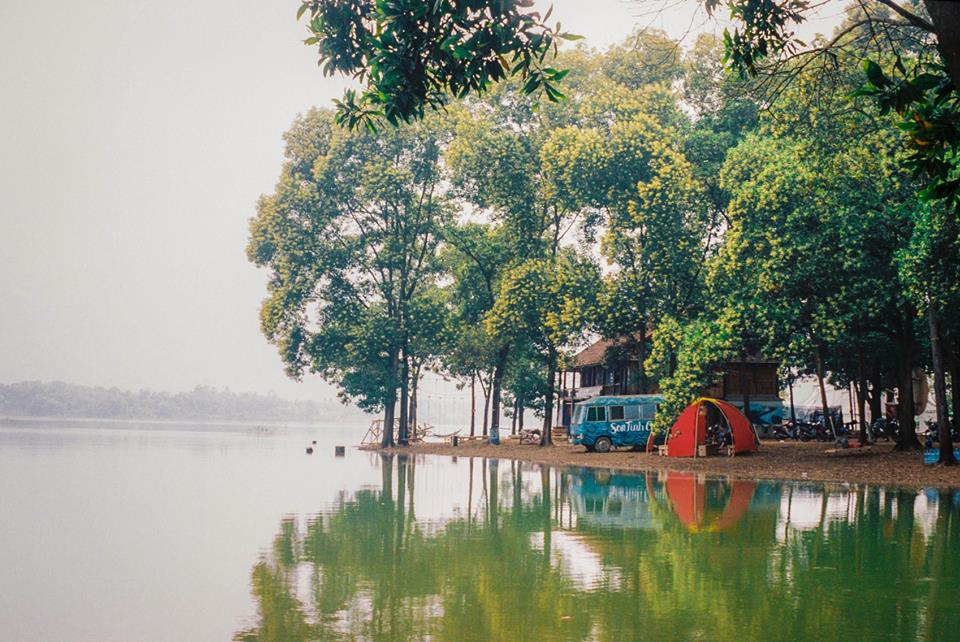 This event’s name has a reason: it truly has a quest to bring together some of the best artists from around the region, along with some established names from overseas. Located in the beautiful mountain scenery just a short trip west of Hanoi, Quest Festival also offers you an all-ranging line-up with anything from indie rock to electronic DJs.

But during these three days, you will be able to experience an absurdly rich workshop program with anything from vegan philosophy to postcards coloring, jewerly making, tarot reading, bamboo crafting and acroyoga (beware: acro stands for acrobatic). And there’s an equally impressive list of street performers. Note: this Quest is for adults only. 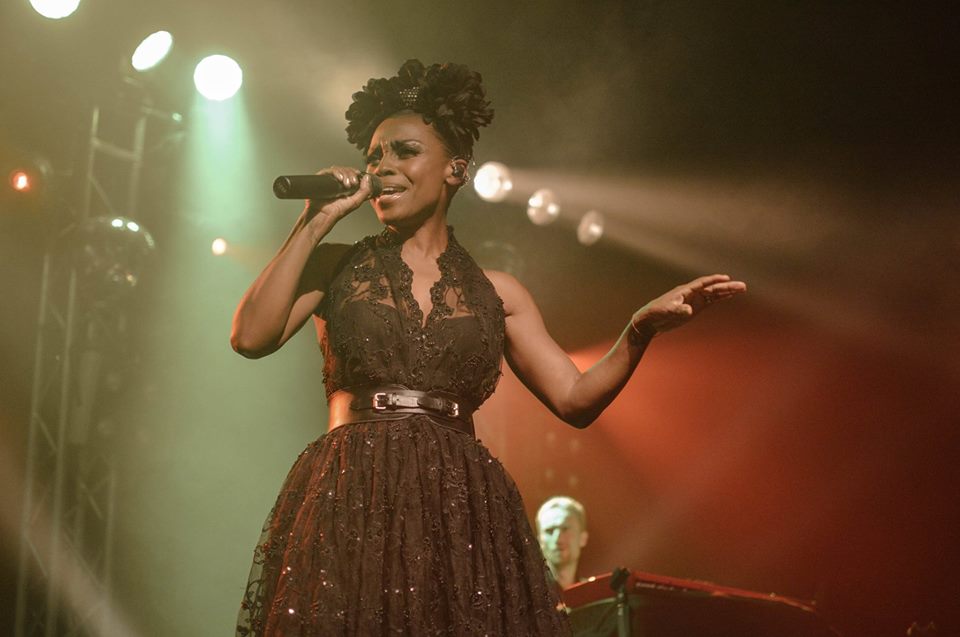 If we put it short and simple, PIN is a lovely and intimate festival with a big heart and a serious programme! The organizers are a small crew who is passionate about music. They are successfully putting Macedonia on the touring map for many artists for the past 20 years. And apart from that, it is a free music journey. All you have to do is to register here!

Now in its fifth edition, the PIN Music Conference is full of interactive activities to help you learn the music business, including panels and concerts. An event to inspire and educate the music community through keynote speakers, breakout sessions, and great musicians.

In a three day festival, fresh artists with renowned names from the European music industry and hundreds of important guests will present and discuss on topics related to the Macedonian and European music scene. From November 29 to December 1, PIN music conference will be held at the Youth Cultural Center in Skopje.

PIN is the first and only international music conference and showcase festival in Macedonia. Since its first edition in 2012, the conference is organized by the Association of culture and arts “TAKSIRAT” and as a part of the renowned Taksirat Festival. The goal of the organization is to enrich the local music sector by bringing the diversity of best practices, up-to-date knowledge and people who will be part of this development in Macedonia and the Balkan region.

At PIN the music brings a unique cultural cohesion! Incredible place to begin to connect with the international scene and make contacts around the world. (Elena Peljhan) 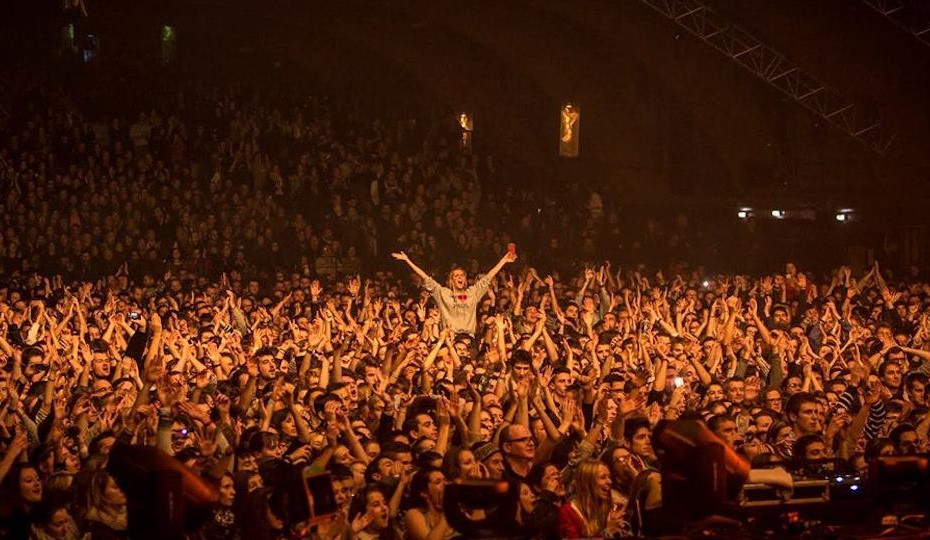 Les Trans Musicales are an essential festival for the French indie music lovers. For four decades, the Breton city of Rennes has welcomed some of the best emerging artists from all around the world, and many of them have grown famous ever since.

Often described as a “talent scout” event, the 40th festival edition for its birthday reaffirms its avant-garde reputation. “Les Trans keep a close eye on future with always the same desire of unexpectedness and ever more insatiable curiosity for new artistic expressions”, the organizers said during the press conference.

Apart from the famous headliner and (great) French rapper Disiz la Peste, most of this year’s line-up constitues again a great opportunity for the uninitiated to discover the country’s “next big things” in all music genres, such as pop-rap musician and actress Aloïse Sauvage, more known for her role in “120 Battements par Minute” movie, or the Rennes native R’n’B singer Praa – who surely won’t feel homesick at Les Trans Musicales. (Gil Colinmaire) 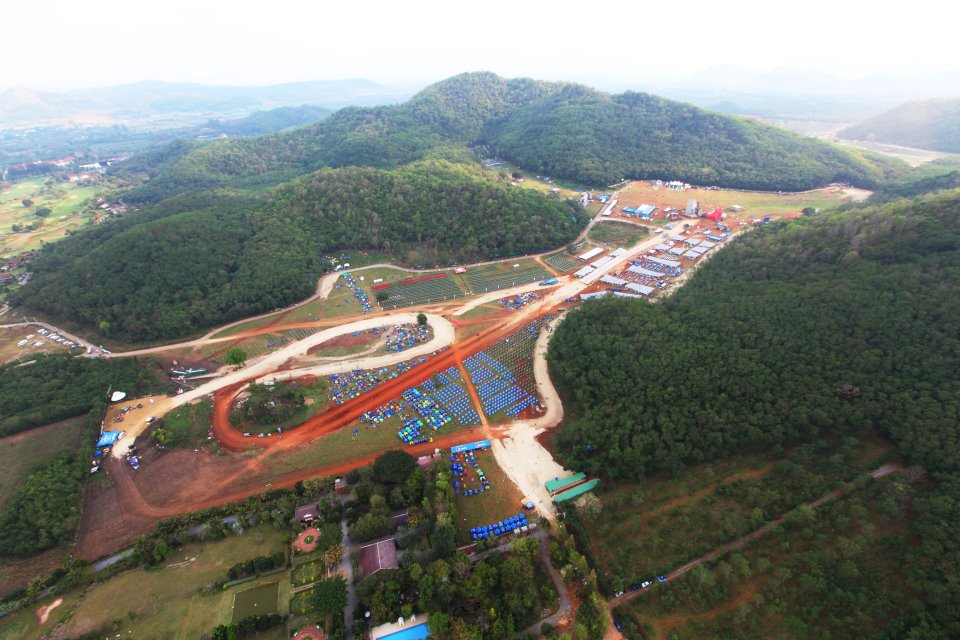 If Thailand has its Glastonbury, Primavera or Coachella, then it’s certainly the Big Mountain festival just a short trip north-east of Bangkok. The biggest outdoor festival in the country – bringing up to 80k visitors – and one of the largest in the region.

This year BMMF will celebrate its 9th edition with 9 stages packed with artists big (appropriately to the name) and small (appropriately to any interesting festival) playing among the beautiful hills of Khao Yai. In total over 200 bands, mostly from Thailand – which is certainly its biggest advantage.

Beside the music, expect other attractions like great food or a novelty this year – comedians. Of course if you can understand the language. With music, that’s not obligatory.

Anything we missed? Let us know!