From Israel and Uganda to Singapore, Argentina and Austria – here’s our latest collection of large, medium & most intimate events around the world.

This compilation is brought to you by beehype contributors on almost all continents. But if you know about any upcoming events we should be aware of, let us know.

Planning trips in 2019 already? Check out our previous festival recommendations for the months of August, July and June. 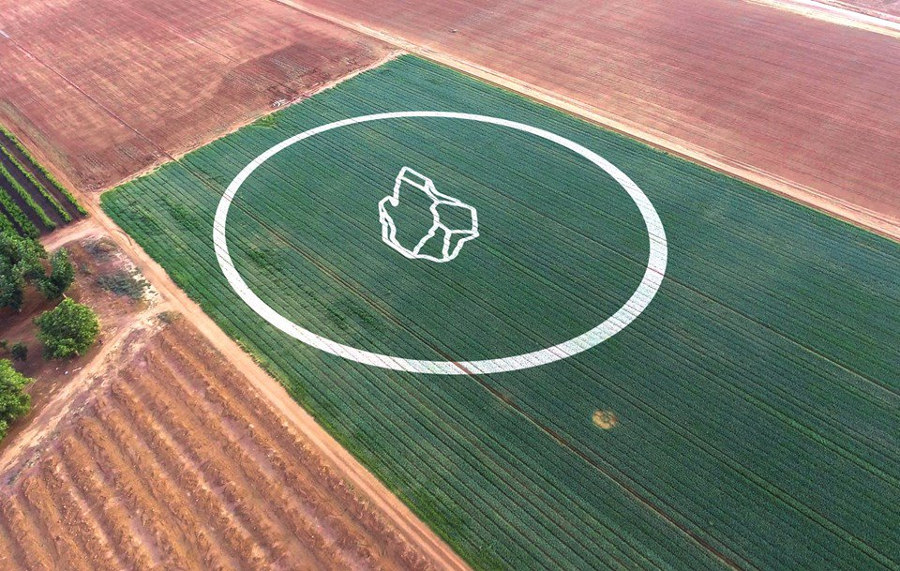 Meteor Festival is a visionary and cutting edge musical journey that surpasses borders and distorts time and space themselves. It’s probably one of the biggest and most impressive music festivals Israel has ever had. And its location – open ranges of the Upper Galilee – is a spot promising out-of-body experiences, actually since the dawn of history.

In its first year, the festival will host over 50 international acts such as Flying Lotus, Kamasi Washington, Mura Masa, Soulwax and about as many local Israeli artists from the entire musical spectrum, including some of our favourite names here at beehype. If you’ve been looking for a good reason for a spontaneous trip to Israel, finally you have one! (Micky Niron) 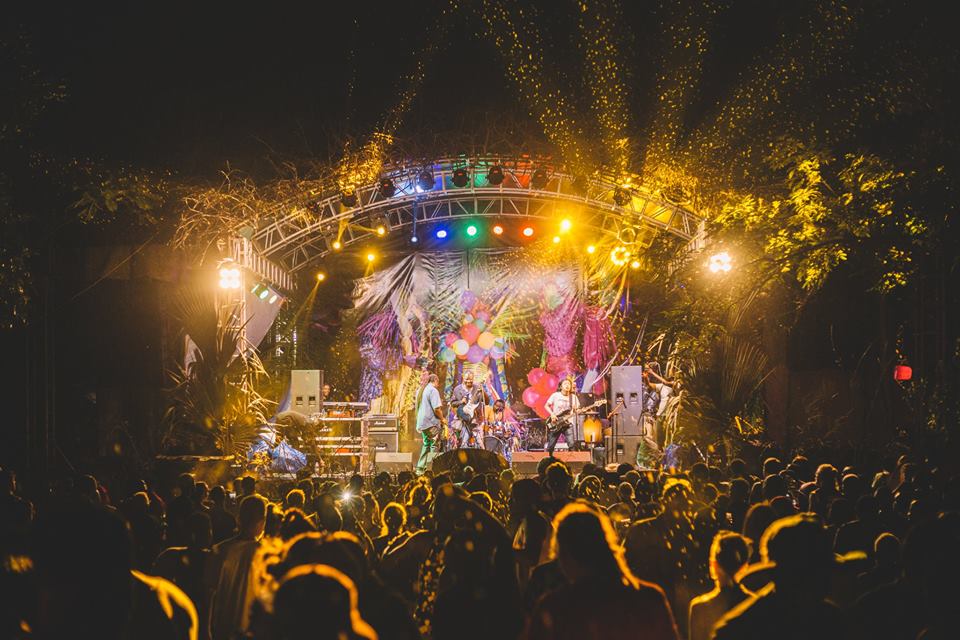 “We want to showcase sounds from across the continent into one experience,” say the organizers of Uganda’s top festival. It has already been an impressive event, but this year it’s becoming about twice bigger than its previous editions, bringing more artists, offering more space – and more fun.

Among around 300 artists from 30 countries, the special focus this year is Tanzania and South Africa, and as always – the best electronic producers, DJs and visual artists of the continent. All of that according to the festival’s name, which is the Lugandan expression for “the feeling of a sudden uncontrollable urge to move, shake or dance.”

You can naturally also expect a represenation of the festival’s sister label Nyege Nyege Tapes, which just like the event itself has been getting more and more global recognition. And deservedly so. (Thomas Mecha) 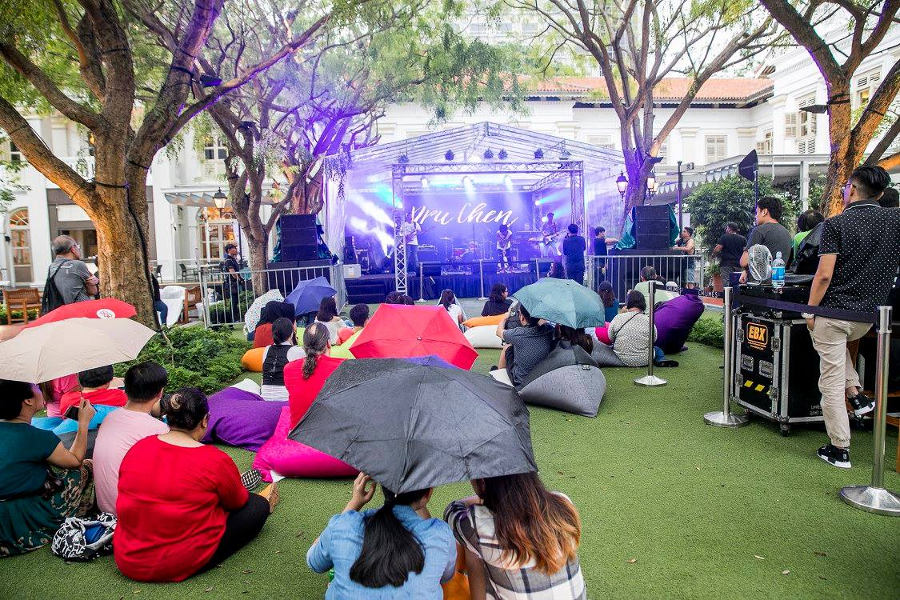 “More than 30 artists, from 14 countries, over 5 nights of free music” – that’s how one of Asia’s most prominent showcase festivals for upcoming musicians promotes its 14th edition. And we could only add that anyone looking for the next pop star from the region should be there.

The geographical scope of the festivals ranges from South-East Asia to Australia to North America and even Europe and South Africa, but artists from the Asia-Pacific region have always been its main focus and asset. Visiting some of Singapore’s most vivid areas is another one too. 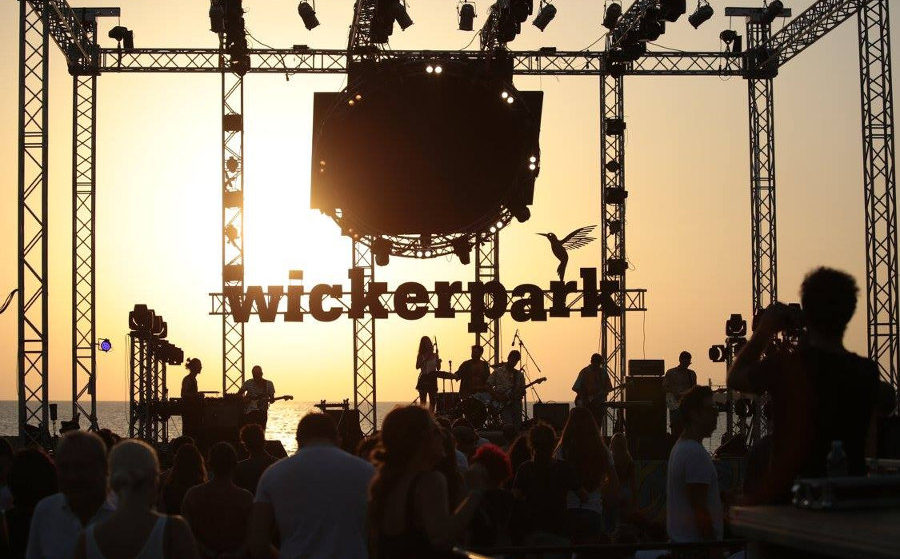 This one-day festival with just about a dozen bands in the programme might seem inconspicuous, but that’s actually the place to go if you want to be up-to-date with what’s been going on in the alternative music scene in Lebanon. Their line-up is always as close to our own Lebanese music selection as you can get.

An important element of the Wickerpark experience is that the festival is organized in the coastal city of Batroun, which is one of the oldest cities in the Mediterraneans and actually worldwide. Hence the festival offers a double adventure of enjoying the best music Lebanon has to offer, and some of the country’s most beautiful views. (Elias Maroun) 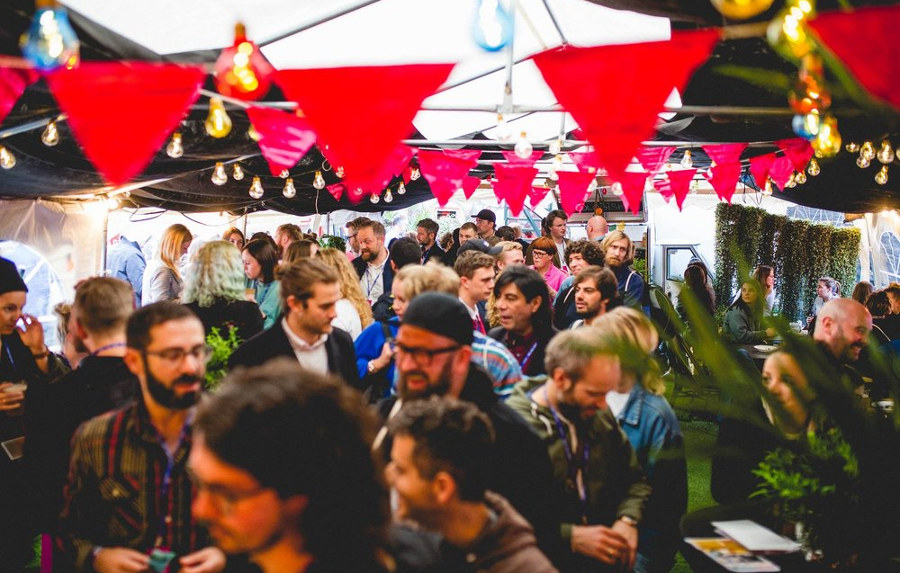 Looking at the line-up of this festival in west Norway can leave you baffled, as the only name you might recognize would be Hollywood – and that’s still not what you think (they are a new trio from Oslo). Oh, you might also have heard the name Ponette, yet it’s again not about movies, but about another great band from Norway.

This ostentatiously obscure programme (at least for most non-Nordic listeners) is the exact reason why you should go to Bergen. Every year, Vill Vill Vest offers a set of fresh local music that in many cases will soon be the talk of the (global) town, just like in the case of Sigrid who played at Vill Vill Vest in 2016 – and some time later won the BBC Music Sound prize. 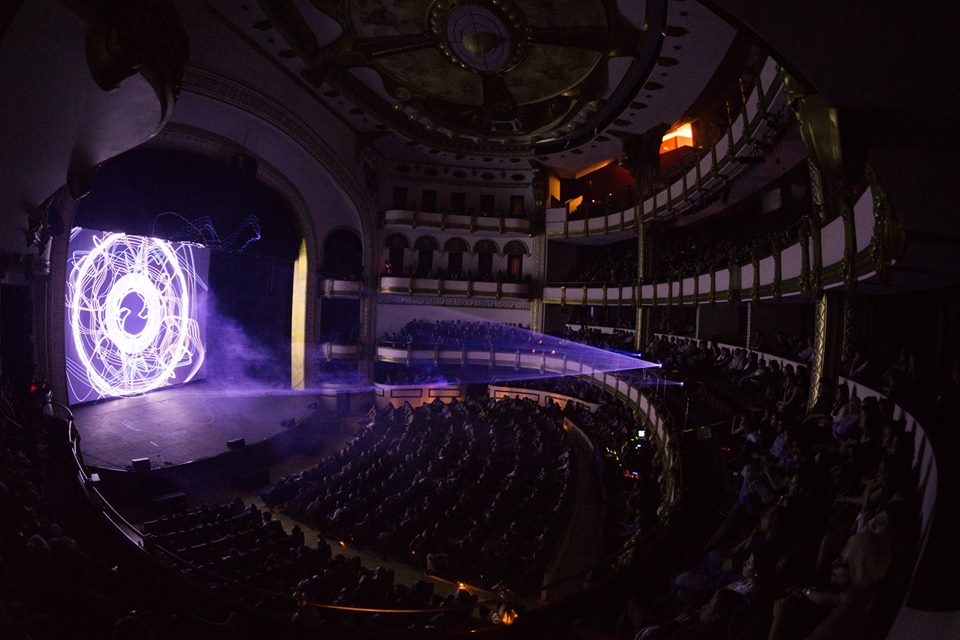 The international music and technology festival is coming back to Buenos Aires for its second year in a row. This time, the festival is adopting the same system of Montreal edition: there’s not just one venue, but a lot of venues across the whole city.

Mutek conceives the city as its habitat, so the experience is about moving in it and get to know it. Public and private spaces are part of the schedule, which holds concerts, immersive experiences, virtual reality, conferences and workshops. (Rodrigo Piedra) 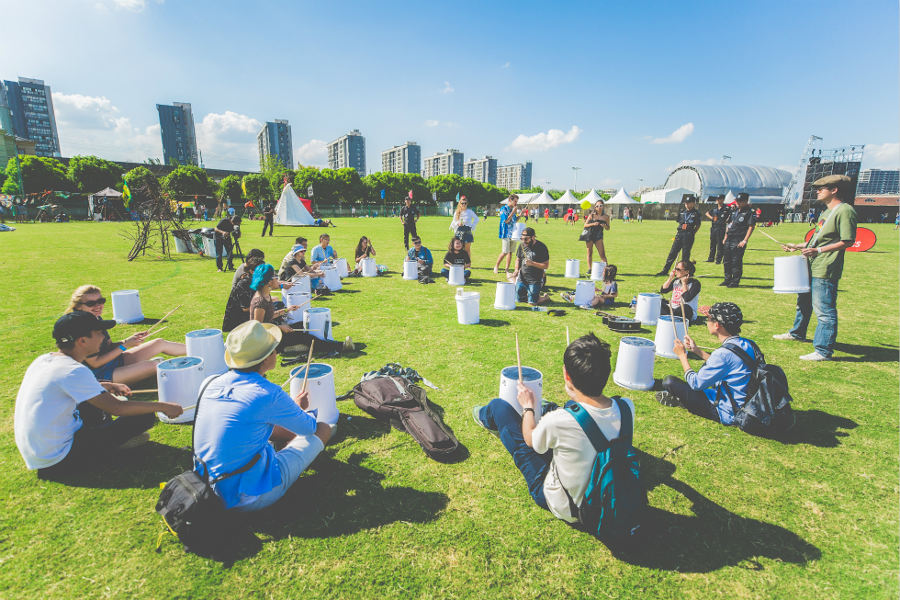 China’s premier alternative festival from Split Works is back with vengeance this September in Shanghai. A festival that aims to break out of the mold of every other festival and give audiences something unique, accessible, and conscious of the your needs, it’s a breath of fresh air that hosts some of the world’s most alluring acts.

Held at the Shanghai Rugby Football Club (accessible by subway which is always a big plus) the event is ‘chock-full of great bands, weird art, strange creatures and fun distractions’. It’s a great location – one that the promoters have smartly held onto for the past few years – and is just the size, especially when compared to some of the other festivals that China has put together. Tickets are very much affordable, and it’s clear the organizers have a keen sense of what festival goers are itching for. Not an ounce of fat on this baby.

Where the festival really shines is in its lineup. It goes far and beyond, encompassing a wide array of internationals guest across the entire musical spectrum, full of surprises you never knew you craved and acts that will satisfy just about any music nerd out there. 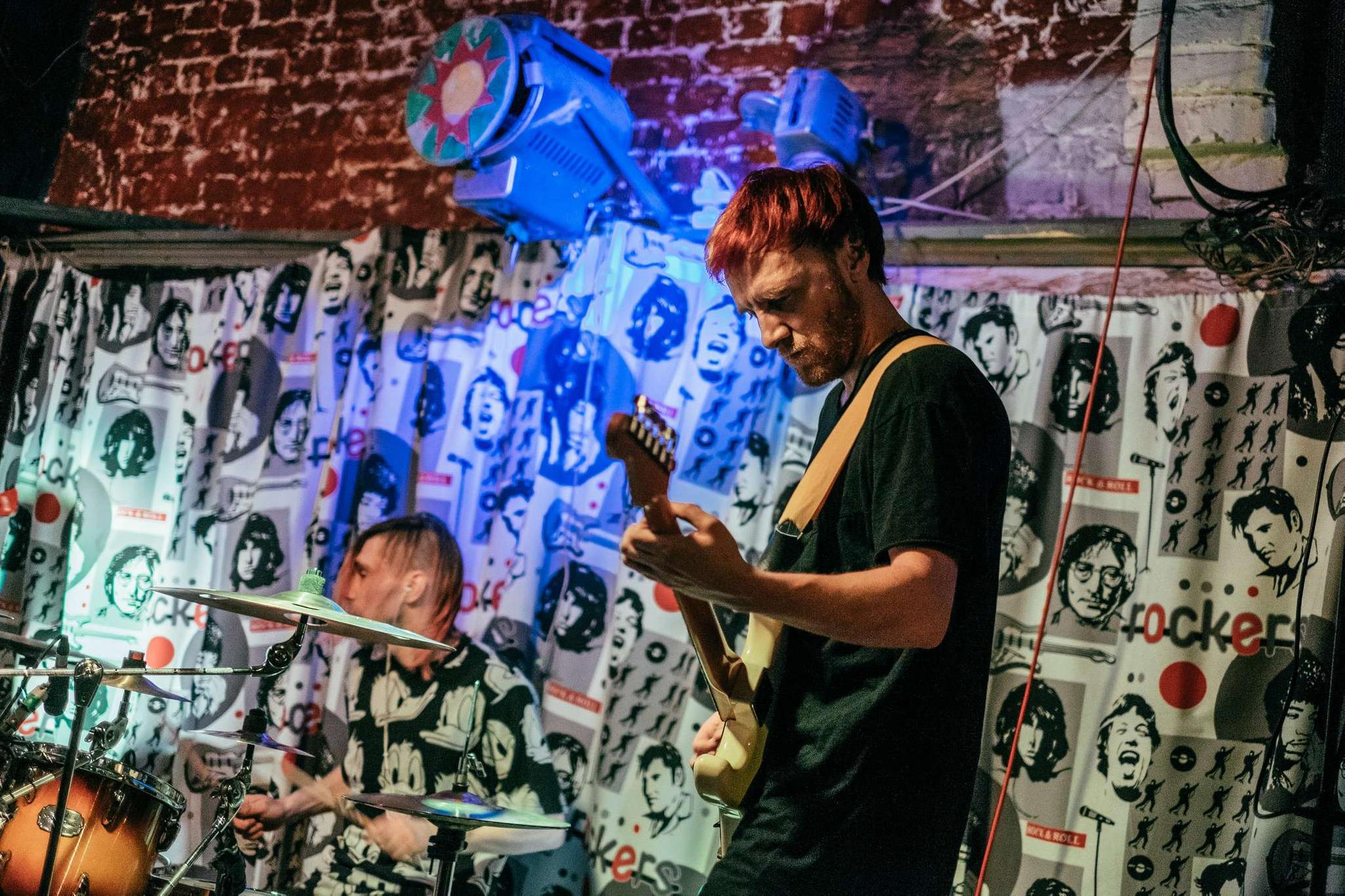 Station Narva is very new festival in the very east of this very eastern EU country, but there are at least three good reasons to welcome this year’s Autumn in Narva and trust you won’t be disappointed with the trip.

First, the festival is organized by the same team that’s been running Tallinn Music Week for a decade, making it one of the best European events of its kind. Second, Narva itself has been getting a boost recently and even “The Economist” pays attention. It might be a good moment to discover this mid-size city in its moment of transformation.

Finally, the programme of Station Narva’s debut brings a great mixture of local/regional and global, one could say quite like Estonia itself is as a country with its in-betweenness. Which is exactly what makes it so interesting. (Mariusz Herma) 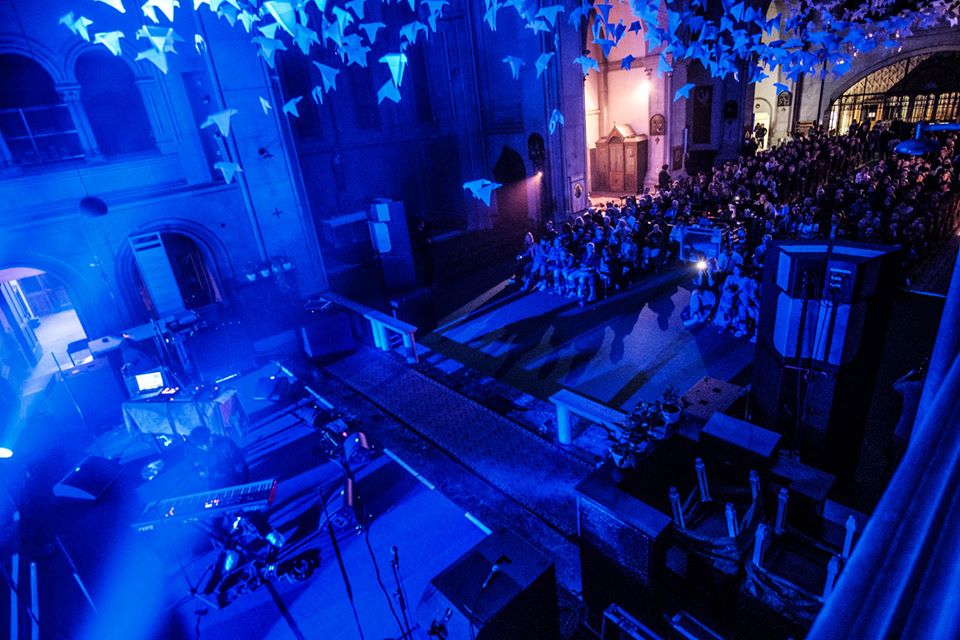 You want to discover new music in a cosy but yet festive place? Then you have to go to Waves Vienna.

Surrounded by old-fashioned houses there is this brickstone-beauty named “WUK”. It’s usually a house for all kind of cultural happenings for example dance and theater, exhibitions, kids’ events and many live gigs, dj acts and clubbings, but when Waves Vienna takes place, it’s the heart of the little music festival.

The ivy-overgrown courtyard is the center of the festival-experience: there you can have a drink and meet new people and it’s the place where you can start your concertjourney. From there you can be pretty fast in some normal concert spaces, but you can also be very fast in some unusual spaces for example a school hall or an outdoor-stage in the courtyard of the school.

So if you like small festivals, but want to see a lot and have very short walks, then Waves Vienna is maybe the best option you have. An imperial touch, late summer days, and the coolest people of Vienna in one place – no need to think of not to attend Waves Vienna. (Andrea Putz) 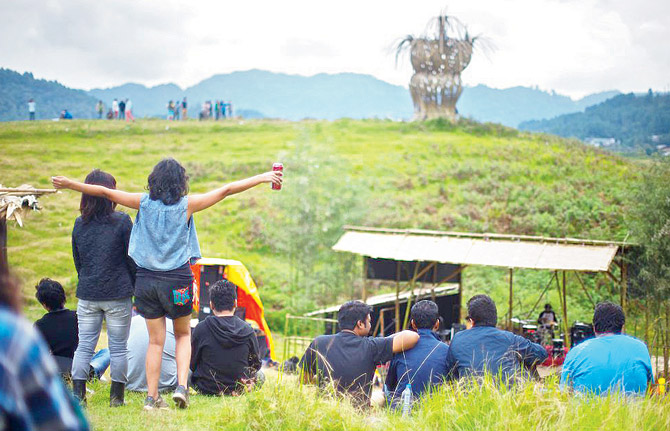 Nothing can be said about Ziro Festival that hasn’t already been said. Tucked away in a remote part of the country, I find that the trek to Ziro Festival is what makes it truly special, and sets it apart from most other festivals.

While the setting automatically elevates the musical experience, blending in with the local culture via food, dance and shelter is perhaps how most festivals should be planned.

At the end of it, there’s a sense of community that is hard to let go of, and most likely most people leave their thoughts behind there t the end of a beautiful 4 days. Some of the acts to look out for this year are MONO from Japan, Avora Records from Aizawl, Oorali from Thissur and Prabh Deep from New Delhi. (Naman Saraiya)