“When I pay overdue taxes and go back home / When I go to a hospital for my cough medicine / When I wash rice with cold water / When I see a flock of birds through the window – I’m thinking about you / I miss you / Everyday I feel this way.”

Soo-Hyun Jang’s throbbing violin is dancing through forest of ethnic sounds made by Do-Hyuk Jang’s percussion. Solid, yet groovy bass, played by Woo-Young Choi, infuses danceable atmosphere into the scenery.

And in any place in that forest, you can hear the echo of Danpyunsun’s eerie, shamanistic, and delightful voice, accompanied by folk singer Kim Sawol’s delicate featuring. That’s the landscape of “Lover” (연애), Danpyunsun and the Sailor’s first single from their second album, “Shofar”. 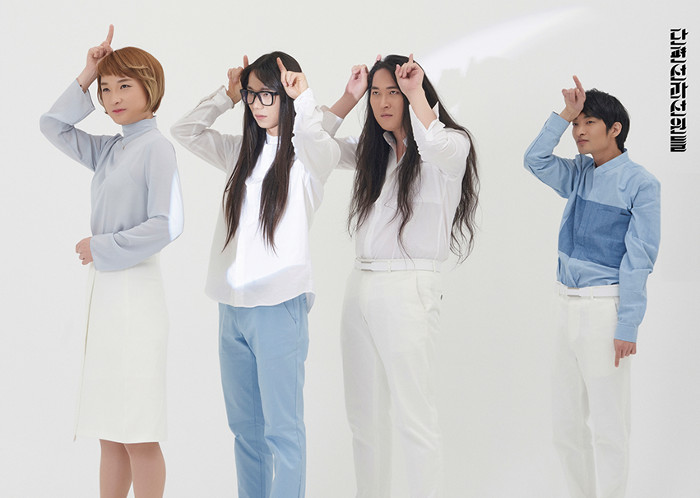 It has been two years since South Korean psychedelic folk rock band, Danpyunsun and the Sailor released their first album. Afterwards, they went through many things. Violinist has been changed. All of the members got into their 30s. They signed to a new label, Audioguy, which specializes in jazz, classical music and crossover music.

More polished sound and whirling structure of “Lover” reflect those transitions. But some things never change. Their music still sounds traditional yet exotic. They still sing about life and death. And most importantly, they still make strong and virtuous music, not only in “Lover” but throughout the whole album.

The music video of the track, filmed by ML, is related to the rampant dating abuse against women in South Korea. In just one year, approximately 7,000 people were arrested for dating abuses and some of them used hydrochloric acid to harm ex-girlfriends – that’s the reference of the “red liquid” scene at 1:22 of the video.

Needless to say, the actual situation is almost opposite to the depiction of video, and that derives the woe this video throws at us.

After the release of the critically acclaimed “Shofar”, Danpyunsun and the Sailor are touring to support the album, not only in South Korea but also in the United Kingdom.

On May 21st, they’re going to perform at The Great Escape Festival in Brighton. If you’re in England at that time, don’t miss their tremendous live experience.