Ewert and the Two Dragons

“I can’t remember if it was for the lack of confidence or the lack of time, but I didn’t quite present the song to the guys back then,” says Erki Pärnoja, the guitarist of the acclaimed Estonian group Ewert and The Two Dragons, when we ask him about “Waiting for the Weather to Change”.

This song was written years ago for their debut album, ‘The Hills Behind the Hills’ from 2009, but released just recently. “Now I think it’s a good thing I didn’t present it back then. It needed time to grow and get ready,” adds Erki.

The lyrics for the song came 4-5 years later, some time prior to the group’s trip to Bear Creek studios in Washington state where they recorded their third album, “Circles”, released earlier in 2015.

“The story itself is like a wake up call that everybody experiences at some point in their lives when they actually feel that a lifetime is this limited amount of time,” says Erki. “This young man is encouraged by himself – or the part of him that has realized that time is sort of running out – to get up and do something with his life.”

“It’s common for me to postpone necessary or even essential things,” he admits. “‘Aaah, I’ll do this later.’ Or ‘Aaah, maybe next year.’ Or ‘I’ll do this some day when there’s no other obligations and like nothing else to do.’ There will never come a time like that. By these essential things I mean taking care of onesself, giving your time to your nearest and dearest, pursuing your personal or musical or whatever goals,” adds Erki. 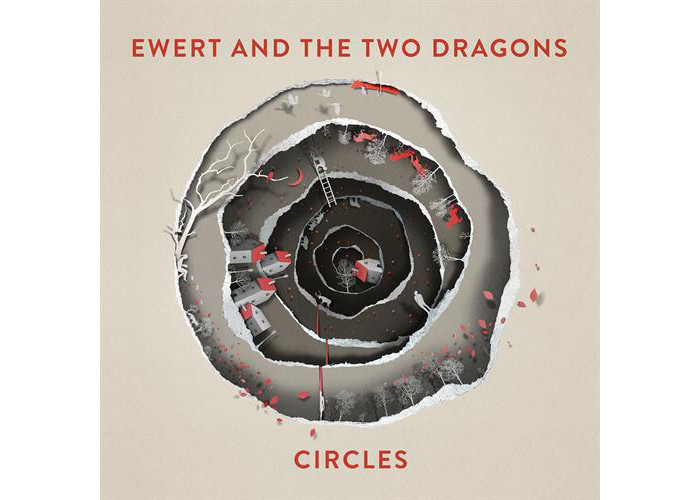 “So the song is like this freeze frame of that moment when you realize that the time to do all these things is now. Like right now. There will be no better day than today for doing the most important things in one’s life,” he says.

“All in all, it’s a song that fits perfectly in this metaphore of the circle and the mood that we have set into this album. The song is not something we play every time. We just discussed it recently with the guys, that it requires a more intimate space to play it than for example festival stages or bigger clubs or concert halls.”

“Circles” is available on Spotify and Deezer.