Over the years, Melbourne-based singer-songwriter Ainslie Wills has become one of the most distinct voices in the Australian music scene.

As she’s reading up to release her new EP, “Oh The Gold”, later this year, we asked her about the excellent first single off the upcoming record, her musical career and her favourite Australian song ever.

The idea for “Drive” was born from a solo jam I was having one day at home. I was playing the bass line on my guitar and then started singing what eventually turned into the chorus – “drive all night, escape”, it then built from there. At the time I was feeling particularly frustrated and wanted some clarity or release in my mind which is what prompted me to try and write about that feeling you get when you are in a car on a highway, stereo blasting – the feeling of freedom and escape.

I started making music of my own after hearing Jeff Buckley’s “Grace” LP. Until that point I didn’t know you could make music that expressed so much mood! So I began to write more and more throughout high school which led me to study music performance and improvisation at uni so I could get better at constructing musical ideas through melody on harmony.

My musical tastes have definitely changed since I released my first EP in 2007, like most musicians I’m always trying to find my next musical obsession to be inspired by, at the moment I’m obsessed with Sharon Van Etten. I’m interested in making music that has variation, I don’t want a record to sound the same the whole way through.

It varies quite a lot and is dependent on the time and the way I’m interacting with the music. When I’m writing in solitary, I may be let into the beginnings of a new song by an impulsive need to express a particular emotion in that moment so the emotion will dictate where the music goes melodically and harmonically. Sometimes I might be led into a new song by a musical idea I’m playing on guitar or piano and therefore the mood of that will dictate what the lyrics do.

About working with the long time collaborator Lawrence Folvig:

When I’m writing with Lawrence he usually sends me an instrumental idea that I digest by listening to it a couple of times and then I try and put together some lyrical ideas by improvising sometimes non sensical sounds over the top of it. I record all of these little jams, listen back and pick out the ideas I think are the strongest, I then send it back to Lawrence and we’ll decide together what is working and what is not. 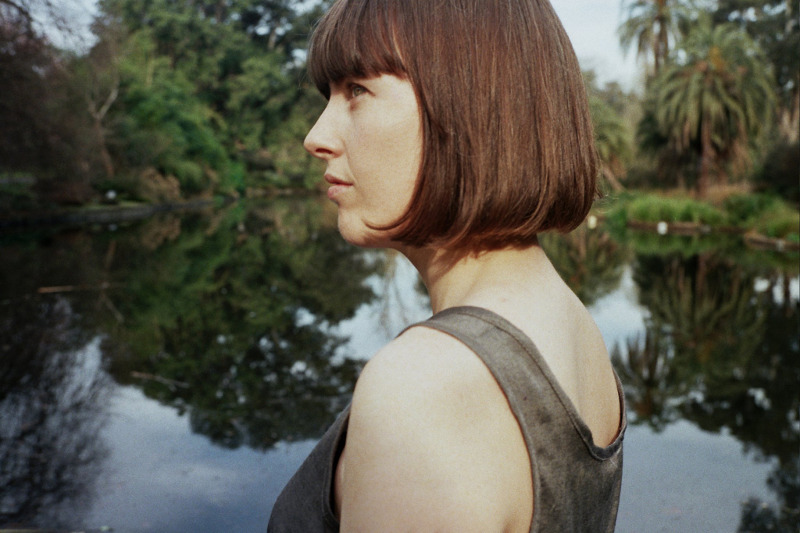 Basically, I’m into whatever services the song the best. For the most part though I work with Ableton Live on my laptop to record at home and for live vocal effects as well. Lawrence has started to employ the use of an SPDS sampling pad within the live set to add a little more texture but we try and make sure it’s subtle.

I think it’s great to employ the technology that’s available to create the music you want as long as it doesn’t start to overtake the human element too much as for me, this is what people listen to music for.

About singing for other artists:

It is a different feeling to singing your own songs but there is still a lot of pleasure to be had in collaborating with other artists, it’s great to witness how different musicians approach their craft.

It’s alive and well even though, as with the music industry at large, there are a lot of changes happening with the way in which people are consuming music. I feel like there are more independent artists paving their way to have successful music careers which is really inspiring to see.

I feel like Australia is diverse in what we have on offer but we don’t have the market to support this diversity due to the size of the population which is why a lot of artists head overseas in order to get more exposure.

And her favourite Australian song: