Bahroma is a Ukrainian pop-rock quartet formed a few years ago in the country’s capital, Kiev.

As they are working on their second full-length album, we asked the lead singer Roman Bakharev to tell us about the band’s beginnings, their recent single “Пока-Пора”, and the current situation in the Ukrainian music scene.

On how Bahroma took off:

“Our first single “Nadolgo” was released in 2009 and it was almost immediately picked up by several major radio stations in Ukraine and Russia, which for us at that time was very unexpected”, Ukrainian group Bahroma tell us when we ask them about how the band’s career took off. “We started touring, and even though the concerts were in small clubs and not so many people attented – from 20 to 40 people – it was a great time. We let ourselves go and enjoy it.”

“Now, nothing has changed in essence, we are all the same, though more and more people are coming to our concerts. We play not only in Ukraine but also in other countries, and we are still extremely happy to give all our energy to the listeners during our shows.”

“This song startet with a guitar riff, which eventually hasn’t got into the song, but from which we built the bass part in the arrangement. We spent lots of time rehearsing it before recording. At first, I wanted to make a more complex drum grooves, but the time put everything in its place. And originally there were no pronounced keyboards in the version I sang in the studio to Milosh Jelic – who is the sound producer of our second album, which we are recording now, and of course the keyboardist in the band Okean Elzy.” 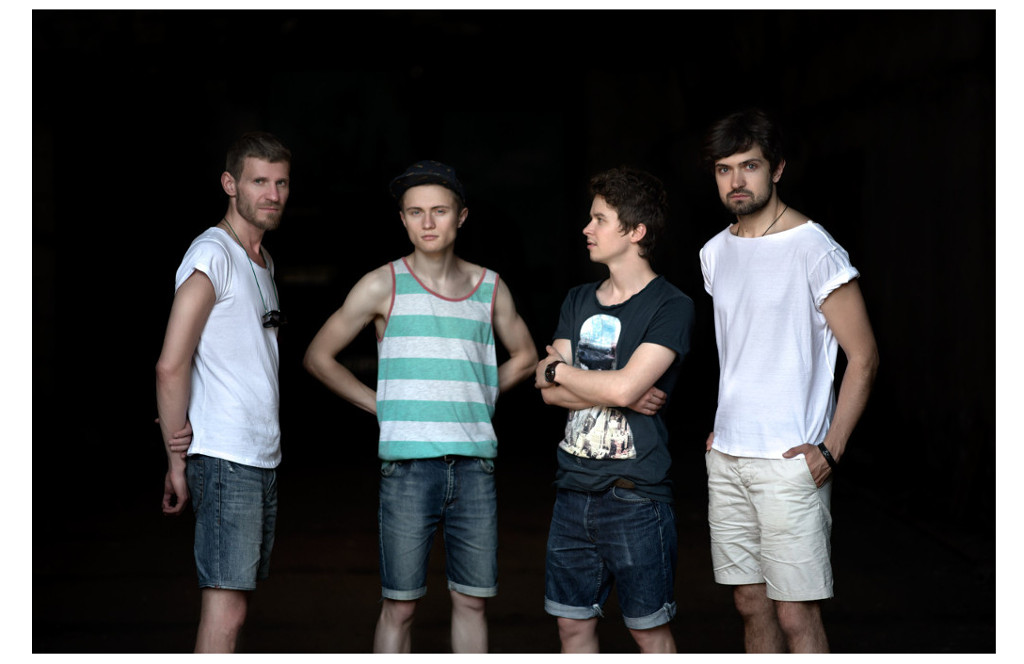 On the Ukrainian music scene:

“Young bands that are one- or two-year old are developing rapidly and gaining their audiance. And they play completely different music, from intelligent electro clash and post punk to indie music. It is a pleasure to be a witness of such a rapid development of the music industry.”

“Maybe all the events that have occurred and continue to occur in our country contribute to a flash of creativity. Let’s see what will happen next. But no matter what, we hope for the best!”