Camilo Vega started five years ago in the circle of “cantautores”, close to artists like Joaquin Sabina or Silvio Rodriguez. At some point, he found a way to make himself heard by a wider audience: music videos.

His alliance with Pasaje 18 – an audiovisual project behind the videos of multiple acclaimed artists from Café Tacuba to Gepe – let Camilo express his art in a new channel and also get some exposure via MTV Latin America.

Also, Camilo is a sociologist and all the experiences he has gained are incorporated in his lyrics. Recently, he released the music video for “INJUS”, a song that was included in our Best of 2014. But this time he made it with a twist: he collaborated with Juan Manuel Torreblanca from the Mexico City.

It was a great reason to ask Camilo some questions about the new clip, but also about the way he sees Peruvian scene as well as his relationship with music of all Latin America.

Originally, you performed the song only by yourself. This new version features Torreblanca. Why did you think Juan Manuel was the best person to accompany you in that song?

Camilo Vega: There are two reasons. First, the lyrics: Mexico is a country with critical levels of corruption in its justice administration system. I couldn’t imagine a better country for accompanying my song (perhaps Brazil?). And second, the voice of Juan Manuel seemed a perfect way to raise add solemnity to this song.

The video captures a conversation in a bar between you and Torreblanca, talking about the injustices in your countries. Where did this idea come from?

As soon as Pasaje 18 – videoclips company that made this possible – confirmed Torreblanca’s participation, we started to think about how to keep the lyrics in the center. Then the key ideas were born: an ordinary chat between two friends in a bar, using black-and-white format so the audience can stay focused on what we are saying. That was the utter purpose.

Esteman from Colombia, Gepe from Chile, Ulises Hadjis from Venezuela and Cienfue from Panama have recorded mini videos introducing “INJUS”. How important was the Latin American camaraderie in your career? Do you plan to collaborate with these artists in the future?

What I can say at this moment is that independent musicians are building “bridges” between many countries in Latin America. I believe this is the year of collaborations: there are two Peruvian singers in the new Gepe album. Ulises’ new album includes collaborations with Esteman and Gepe. Esteman’s next album will include collaborations with México, etc. 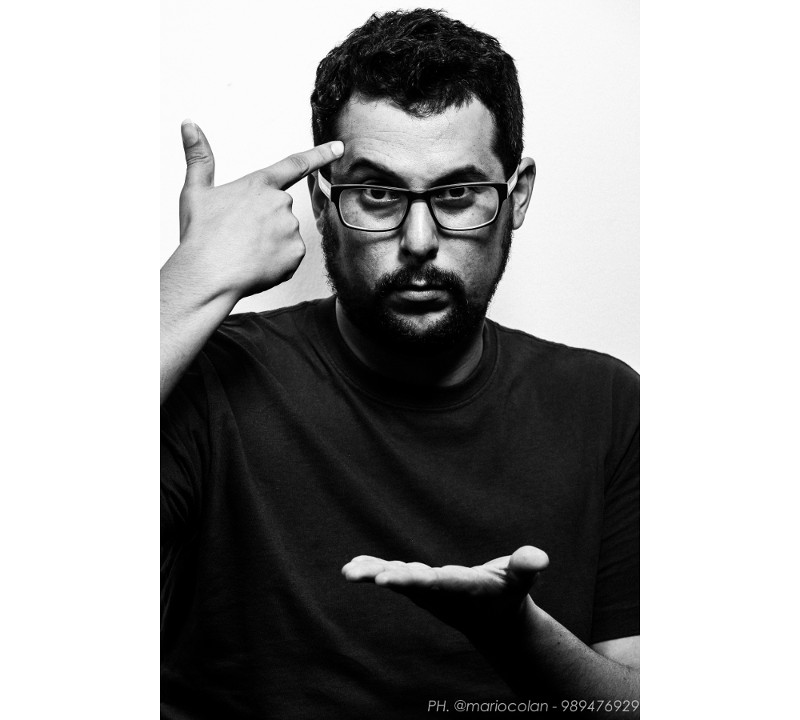 Latin American friendships made possible many of my dreams came true because they kept pushing me to go ahead all the time. I feel they believe in the honesty of my project and encourage me to continue.

Mexican superstar Julieta Venegas recently told the Spanish newspaper “El Pais” that Peru is having a boom of indie pop very similar to Chile some years ago. Do you agree?

Definitely. Several years ago people began creating (pre-producing) music at home and without any prejudice. So we started to hear very new musical projects, and this musical phenomenon has never stopped.

What’s more, we have the first generation of young professionals who have finished music faculties at Peruvian universities.

If you were to recommend us one classical Peruvian album and a recent one, what would you suggest?

The classic one, would be Cholo’s “El Polen” from 1972. It’s the most important manifestation of early fusion in Latin America. Beauty of harmony among ancestral and modern music.

As for the recent one, that would be “Odisea Cumbia 3000” by Los Chapillacs. They know how to express fresh ideas trough the traditional sound of cumbia without the need to become a DJ project. They bring the party everywhere!

And an extra recommendation: the self-titled album by Black Sugar from 1971. I could mention lots of other albums, but I’d like to inform the world that this genre was made in Peru too.