Late last year she relased a new clip for the song “Kroogi”, which features the singer Naadya. Whe asked Maria about the video, her career and the music scene in Russia.

“Last May, I attended in the Gibson and the idols of my childhood Mummy Troll’s competition. The main thing was to create a guitar part for a new Mummy Troll composition. The final outcome of the contest was a performance with them on the same stage.”

“I wanted to take the first place so much, but unfortunately – I was second. Then I decided to make my own song based on this guitar part. I have invited Nadya Gritskevich – my friend and bandmate in Naadya where I play guitar – to make this song together. In the end I had a new song and new music video.”

“The idea of that video came so spontaneously and it is also tied to the events of the contest: who watched will find many allusions. The video was made in three days with my friends and was rotated on the 2×2 channel.”

About her affair with music:

“I was born in Siberian city of Krasnoyarsk where I obviously fell in love with music and found my passion. I was about 13 years old when I had my first guitar lesson. Later, in the university, I started my first music band.”

“Since I had moved to Moscow, I have played in several bands. Currently, my main band is Naadya. Aside from that, I’m making the first steps with my own solo project – Dub I Prosto Derevo.”

“The thing I love in music most? To enjoy every moment.” 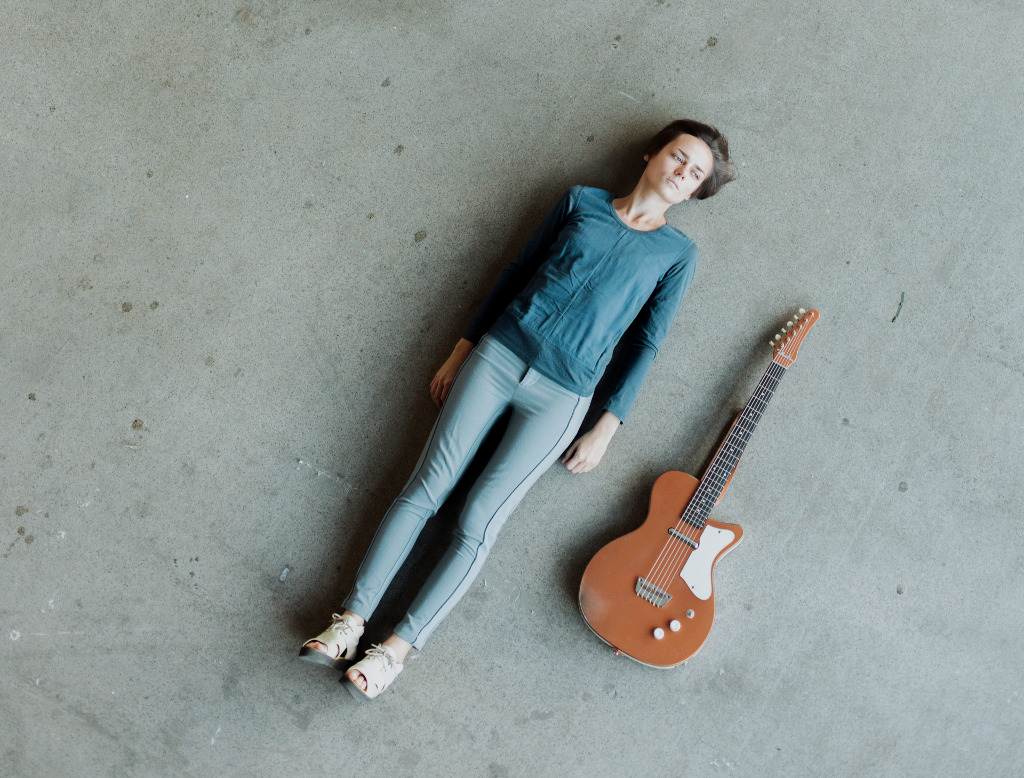 About the music scene in Russia:

“Russian music scene, probably as everywhere, keeps going only thanks to the strong enthusiasm of musicians and incredible love for what they do.”

“I see two trends that are now present among Russian musicians. First, Russian language becomes a part of the music again. Second, the presence of women not only singing but also playing various instruments. I sympathize with both trends.”

Her favourite Russian song ever?

“Well let it be a song called “Africa” from the soundtrack of the movie “Krasnaya Shapochka” (Little Red Riding Hood) movie. It is a brilliant song.”