Through their danceable tracks and rapped lyrics culled from unconsciousness, group_inou reveal the desires and irritations of ordinary life. And their live performance is a kind of a modern ritual.

This electronic duo consists of (a beatmaker) imai and (an MC) cp who is also the singer of the alternative rock band uri gagarn, which includes former Nhhmbase rhythm section.

The duo formed after imai’s previous band broke up. “We first met at a live venue, and then group_inou was born without taking it too seriously. Our attitude has not changed since then really,” they say in our interview.

They titled their latest album with just one word – “MAP” – because it suggests a wider image. “It actually doesn’t need more explanation. We often rely on our intuition and record our music on the go”, imai says.

“Our lyrics don’t have one particular explanation, at least not a conscious one. They come out naturally,” cp adds. “For us, the text has to emphasise the rhythm, and so I would often change the choice of words with this in mind.”

Talking about the relationship between lyrics and music, imai says: “Good ideas are often born from the response we get from the audience. We are really stimulated by our own listeners. So the listeners who come to see us are really powerful.” (laughs)

For the new album, imai explains, they invited more sound engineers and renewed their equipment completely to make sound clearer – and to create the feeling of a new opening. “I’m also better skilled in recording vocals, and I think that’s reflected on this album,” cp adds. 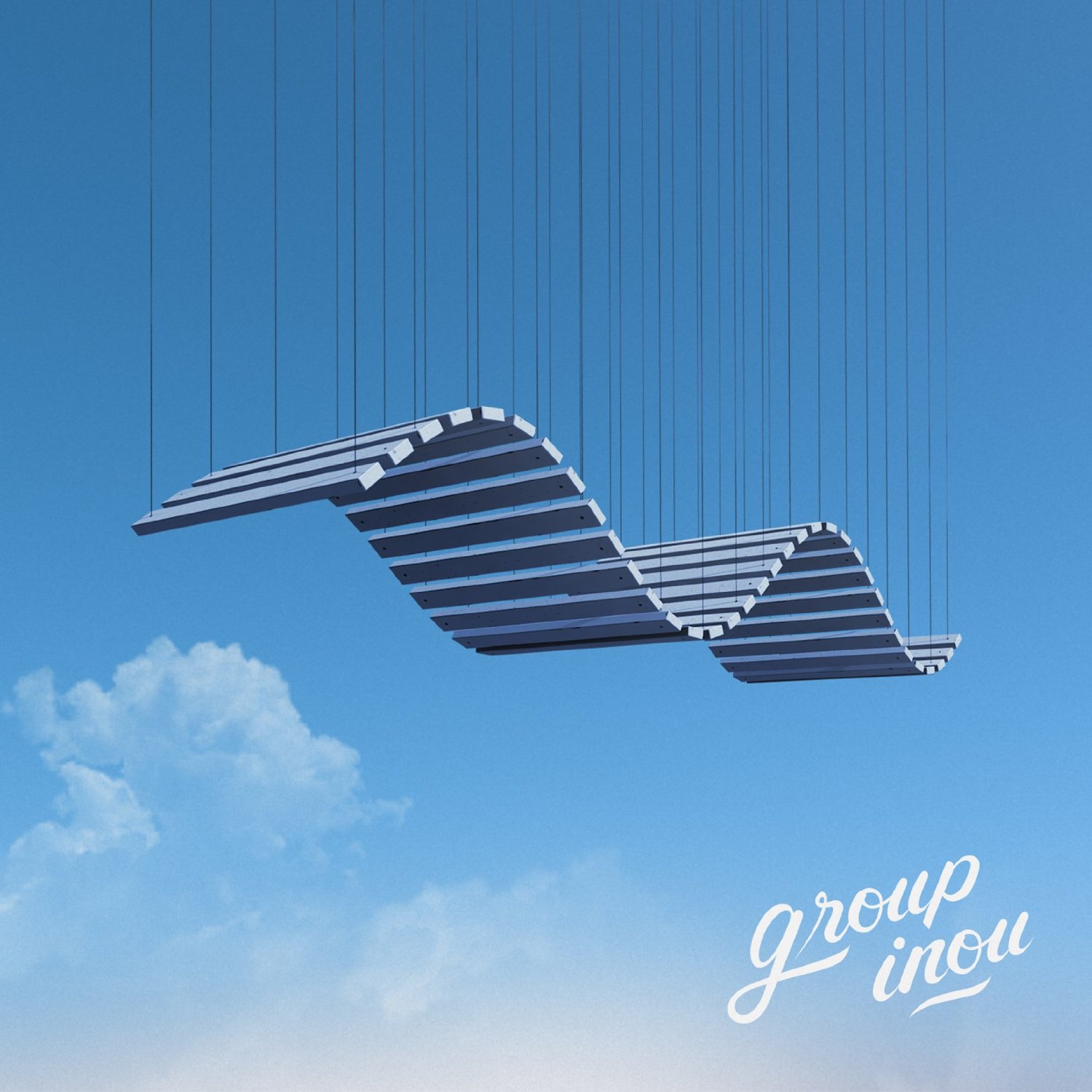 A month ago, group_inou played at Fuji Rock Festival, one of the biggest music events in Japan. “I saw Petrolz – a band by ex-guitarist of Tokyo Jihen – and it was awesome!” cp said. imai was exicted to meet Lemmy from Motörhead. “On the backstage, I went closer to him than 1 meter!” he laughs.

Among group_inou’s main influences while recording this album were the Japanese emo/hardcore legend eastern youth, the rapper Speech (ex-Arrested Development), and Rage Against the Machine. But they also love Japanese cartoons. cp once said that their music is like “Stands” (スタンド), a kind of supernatural power from “JoJo’s Bizarre Adventure“. Besides, their name means “a group with superpower”.

Well, their animated video for “Therapy” directed by AC-bu (AC部) is certainly quite bizarre. On the other hand, watching their driving new video, I feel as if they were using “Stands” or “Kintoun” (筋斗雲) from “Dragon Ball” to fly all around the world, to your city.