For over 20 years, Mahsa Vahdat has been exploring the tradition of Iran while collaborating with musicians from around the world. For her new album, “Traces of an Old Vineyard”, she invited Norwegian pianist Tord Gustavsen to accompany her interpretations of Iranian poetry.

We asked Mahsa about the new record as well as about the situation of female musicians in Iran.

Let us start with the question about “Vanishing Lines” – the opening track of your new album.

The text of this song is by Hafez, a Persian poet from 14th century. He has been very dear for Iranian people for many centuries, and he is still omnipresent in Iranian lives.

The poem is about the image of the beloved that the lover tries to draw in his mind and heart. But the beloved is gone and to depict her face is like drawing lines on water. It vanishes. It is about longing and loss and missing for the beloved one. In the end, the poet’s advice is not to waste the time and try to enjoy every moment because the world is like a mirage and everything is fragile.

How was the song born?

Like many Iranian people, I have a strong connection to Hafez. I worked on many of his poems and this one has attracted me for years. The melody came to me when I was in Wroclaw (in Poland) for a different project. I was sitting in my room with my instrument and I was so joyful about the melody that came to me from somewhere in my heart. Then I developed it more and I chose this song for the new album, “Traces of an Old Vineyard “, and I knew it will be my first track of the album – accompanied by wonderful piano of Tord Gustavsen.

Why have you decided to record a whole album together?

I worked with Tord before on an album recorded with Norwegian choir “Skruk”. Tord arranged the music and also played piano. I really loved this collaboration, we have also played some concerts together and I was so attracted to his sensitivity and passionate way of playing and his musical expression. His understanding of my music is very deep, so our collaboration seemed natural.

Even though we belong to different musicial traditions, we easily find each other. When I play with Tord or rehearse with him, I enjoy every second, it lifts me and my musical expression. So I decided to work with him on this project and of course with two other great musicians from Iran, Shervin Mohajer on kamancheh and Ali Rahimi on percussion. The way they met musically was also amazing for me. 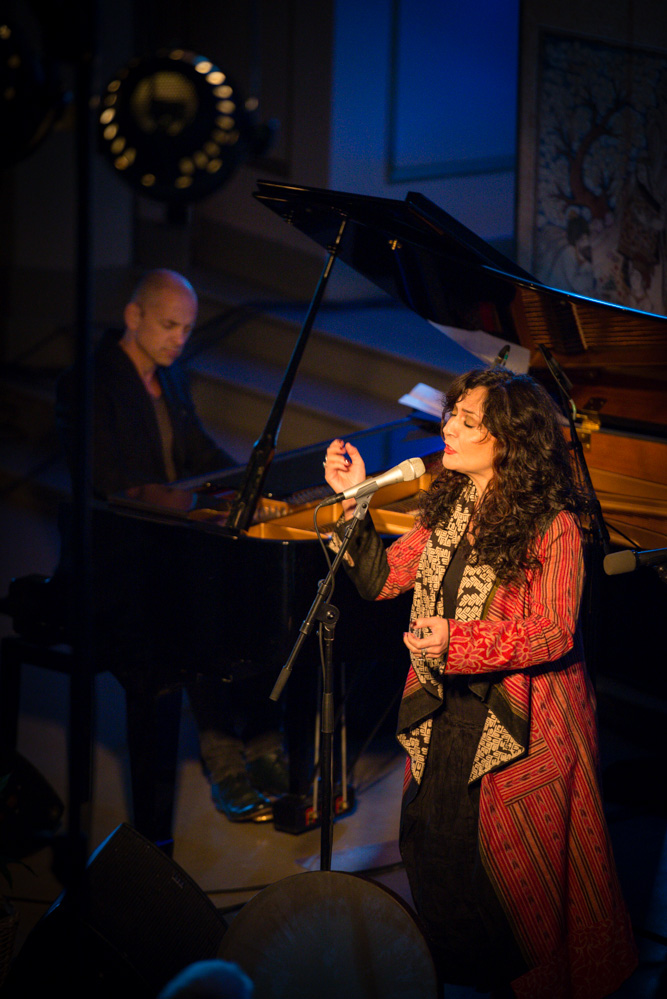 Most of your albums are collaborations.

In recent years, I released quite many albums. Singing with my sister, Marjan, we developed many songs together so three albums are collaboration with her. I also met Mighty Sam Mcclain and I made two album with him as duet. And there was the album “In the mirror of Wine” recorded with Skruk Choir. All these albums are the result of my meetings with people. But this time I decided to release a solo album.

The poems you chose to sing come from three poets – Khayyam, Hafez and Rumi. Why did you choose them?

Their poems come from many centuries ago, but their messages are as up-to-date as ever. They are timeless and placeless. Every time I sing them or read them, they refresh my soul and heart. And I think how they are important for us, the people who live now. Their philosophy is so universal that every person in the world can connect.

Sometimes I think that these poems were created just recently. Their vision of life is deep and there are still many layers to discover for me. I love to sing their texts with my modern musical expression that has the roots in old traditions.

I’m attracted by the beauty, content and philosophy of these great poets, but I also think they a fresh message to humanity. They give us hope, and I’m always amazed by their appreciation of beauty and life and the level of their spirituality. Their message bring us freedom. When they talk about humans, they are free from any race, religion or gender limits. The way they seek for truth and pure love is amazing.

How about the tradition and contemporary influences in your music itself?

I am educated as traditional singer and I’ve inherited traditional music from the past through my masters and musical training. I appreciate it a lot, but I belong to this time. So I am rooted in tradition, but I grow new fruits and leaves. I love to create my own musical expression that is inspired by my life and my entity – my anxiety, my joy, my hope. I want to express my strength and vulnerability through music that belongs to my life. 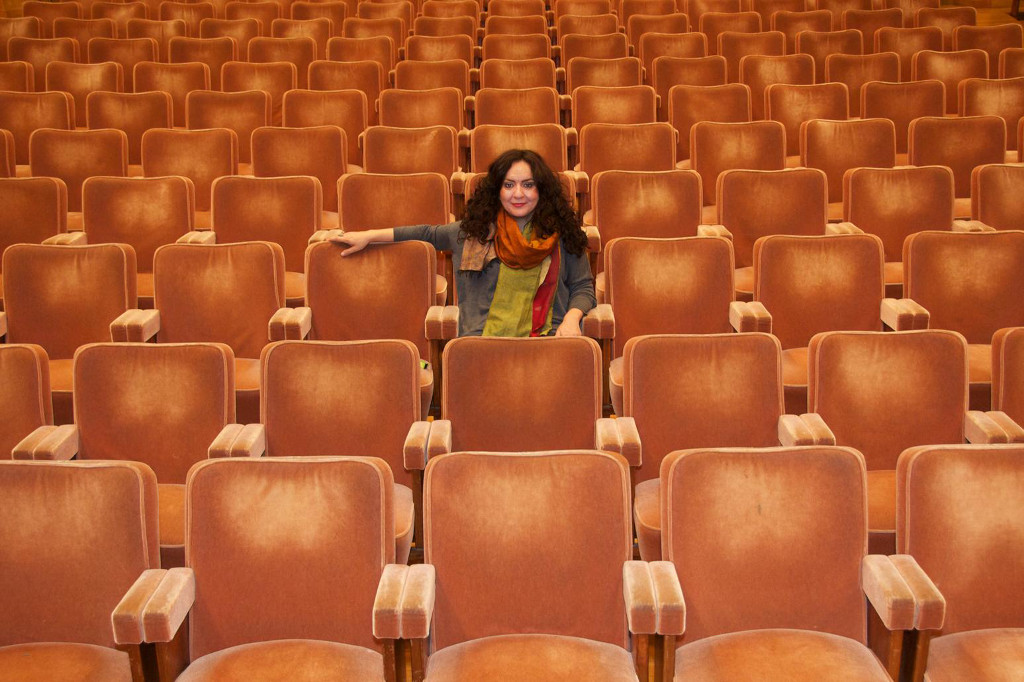 Recently, media around the world informed about Iranian singer Sara Najafi, who performed in public. Could you explain us why women in Iran are banned from doing this?

Since 1979, female solo voice has been eliminated from music stages in public. Female artists can perform solo just for female audience, or they can sing in choir. I am very sorry about this and I regard it as cultural genocide. This limitation has some religious pretext but I believe now it’s rather political. It is based on the fear of the influence of music and women in our society at the moment.

But this restriction has never prevented me from my path and I actually played louder. And I have the hope that one day it will change. This rule is so strange, and its intention is to make female more invisible.

I have many female students who I teach singing, and I always encourage them to learn this heritage. Even if they don’t have any official stage to perform on at the moment, they can carry this tradition to the next generation.

And how about your masters, which Iranian artists have influenced you most?

There have been many singers in my life that inspired me and my music. I love Sima Bina, I love Marziyeh , Delkash and Shajarian and Banan and many others.

I hope the music scene in Iran eventually changes so that everybody will be able perform with no restrictions, with equal rights, and withouth asking for a permission from the cultural ministry. True Art comes from human’s most sincere emotions, and it should have all the freedom.