“It’s the first track I wrote in French, so it’s particularly dear to my heart,” says Pauline Drand when we ask her about her recent single, “Port Neuf”. The French singer-songwriter agreed to tell us a bit about her career, choosing between English and French, and about the music scene in Paris.

“I had a melody for about a year, with some words and phrases. Coming home after a French singer’s concert, something clicked and the song came out very quickly. “Pont Neuf”, meaning “New Bridge” in English, though named after a famous bridge in Paris, relates to these in-between days, when you’re not quite sure what you’ll find on the other side.”

“It’s a mix of my own experience of the place, glimpses of Paris and plays on words. I usually play solo, only guitar and vocals, and I really like the way the bridge turned out in the recording, quite epic and cinematic.”

“I first started with some piano lessons, then I picked up the guitar a bit before hearing Cat Power and Laura Marling. I was so into that scene, that all my lyrics were in English! Then Radiohead really grew on me, especially ‘Amnesiac’ and ‘In Rainbows’, for the melodies, the drive and this amazing production.”

On choosing between English and French:

“As all the music I loved was in English, at first I felt like using English was more natural and musical, though I don’t master it like a native speaker would. I think and dream in French, so why not singing in French!”

“At first it was a bit challenging, then it opened up new grounds for me, and I simply love it. Singing in my native tongue helps me express myself in a different way, connecting both to my everyday life and my cultural background.” 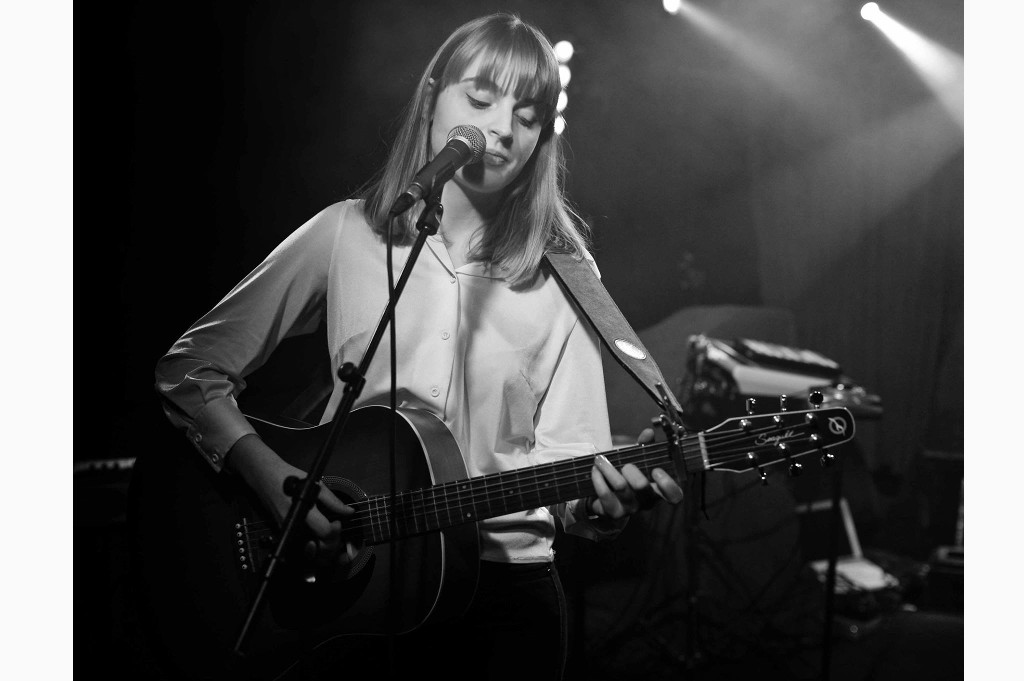 On the music scene in Paris:

“The major music companies, the media, the main radios and TV’s are all Paris-based. So I guess from afar, the Paris scene is the mainstream! Otherwise, I don’t reckon there’s a distinctive scene per se, there are many different acts, not really cohesive in style or genre, more like individuals pushing their own niche.”

“I especially like Robi, Alma Forrer, and the productions under the label FOLO. Many amazing bands have their way outside of Paris, think The Limiñanas. On the other hand, some French labels are lucky to host great foreign bands, like The Apartments.”

One French song everyone should know:

“‘Il Pleut’ by Brigitte Fontaine. For the arrangements by Jean-Claude Vannier, and the lyrics. Also, cause it’s getting very hot in Paris these days, and we would appreciate some summer rains!”