“We wrote ‘Olive Oil Soul’ in the summer of 2014. The music and lyrics explore what it means to be home. As youth, we are in this questioning phase, looking for our identity, our comfort zone, exploring new territories,” the Beirut duo Safar tell us about one of the songs from their debut EP, “23 Kilograms“.

“We are melancholic but also hopeful,” add Mayssa Jallad (the singer) and Elie Abdelnour (the guitarist). “You might find home in a grand gesture but also in the small things.”

“We recorded this track in November 2014 at Tunefork Studios in Beirut, with the input of our friends: our producer Fadi Tabbal on the guitar, Salim Naffah on Bass and Pascal Semerdjian on drums. Its video was shot by Farid Saleme, a good friend of ours.”

“We started making music together in 2013, so the music of ’23 Kilograms’ was written over a year and a half of experimenting with sounds and arrangements. We started out as a guitar-voice duo but have been collaborating with Lebanese musicians.”

“We usually write the song as a couple and test it in public either with a full band or acoustically. We later approach friends and mainly Fadi for the arrangements and recording.” 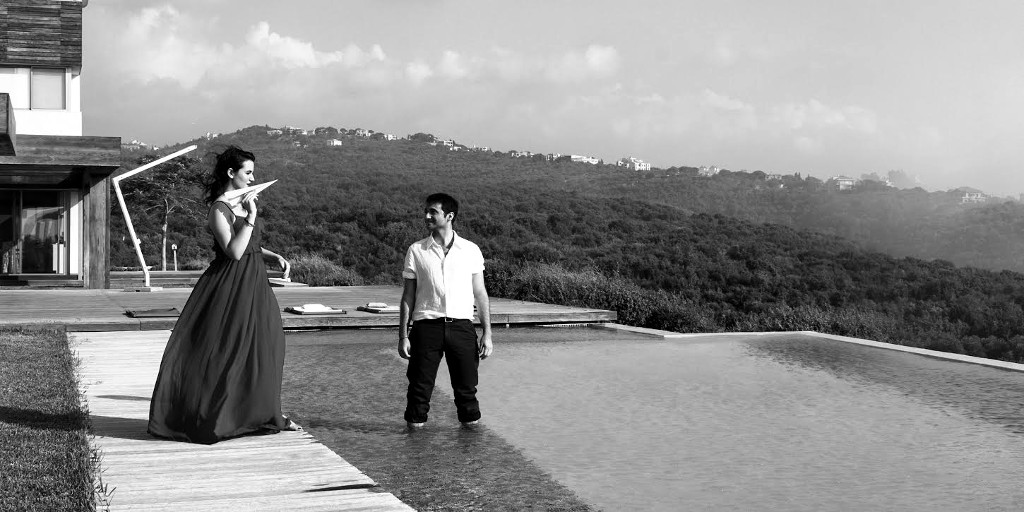 “As we are trilingual, we often think in different languages depending on the situation. We don’t really feel the need to limit ourselves with language choice. In our latest release, a follow-up EP called ‘Carry-On’, we released our first Arabic song called ‘Wa Namshi’, which translates to ‘And We Walk’. It is a more political song dealing with refugees and denial, and it naturally came out in Arabic, which is the language of the streets of Beirut.”

“The Lebanese scene is quite diverse, but mostly artists choose to sing in the language they are most comfortable with musically. We like to mix it up, throw in a wild card once in a while. Our identity includes both of these languages, so why not?”

“In general, when you sing in Arabic, you cater to the Regional crowd and the Diaspora. If you perform in English you will appeal to a more international or European audience. But it’s not black-and-white at all… Music constantly crosses the barrier of language. People really responded positively when we played ‘Wa Namshi’ in Europem where we went on a small tour last May.” 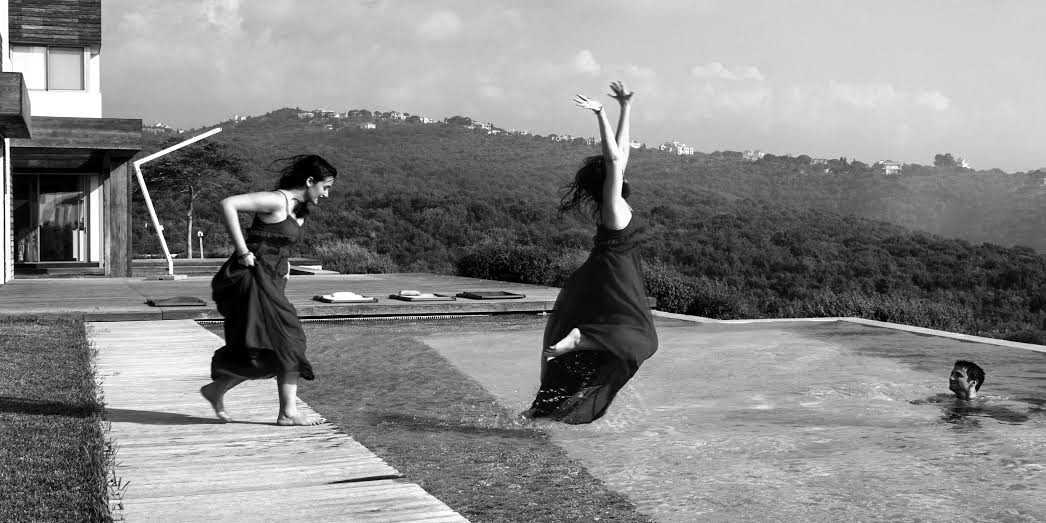 “We both learned classical piano since we were very young. We rebelled against it though and tried different instruments closer to the music we listened to. The guitar and bass meant freedom! We met through a mutual friend in 2009 and started playing covers together in pubs around Beirut.”

“It wasn’t until February 2013 that we wrote our first song ‘Sheets’ together after winning a competition for a music video. Since then our taste has evolved a lot, since meeting other musicians, especially Fadi, who’s influenced us tremendously. We used to listen to The Beatles and Norah Jones, but now we’re into Sufjan Stevens and Feist.”

“The music scene in Beirut is one of the most vibrant in the region, with a very diverse array of bands… Look out for them all! From our close friends Postcards and Loopstache to Who Killed Bruce Lee, Youmna Saba, Charlie Rain, Mashrou’ Leila, the Wanton Bishops, Fareeq El Atrash, Tanjaret Daghet, Kid Fourteen and also the classics such as Soap Kills, the Scrambled Eggs, the Incompetents…”

“All these bands are wonderful in their own unique way and Beirut it so small. We’re just a big family. A lot of these bands are now touring in Europe and the US, so who knows you might be able to catch a show of theirs around you!”

“The local music scene has been enriched by wonderful Syrian musicians such as Chyno, Tanjaret Daghet and Khebez Dawleh. Their music comes from such an honest and painful place that we can only respect their craft. The refugee crisis is definitely taking its toll on the regional morale and many musicians are addressing these issues.”

“Our ‘Wa Namshi’ is just one example of many musicians wanting to question important local issues such as the refugee crisis, the trash crisis, government violence and injustice… Music is always a reflection of society and although some bands don’t address these subject directly, you know they affect their daily struggles and could push them to want to try their luck elsewhere: to look for a new home for their music.”

“We’ve come full circle with ‘Olive Oil Soul’ here! Maybe because we are called ‘Safar’, which means ‘travel’ in Arabic, we are quite sensible to this concept.”

Check out Safar’s selection of their favourite Lebanese music here.