“We met in high school – an arts high school, both majoring music. Our mutual love for Bon Iver brought us together and we became good friends who shared an interest in music.

After about a year of friendship we formed a list of favourite songs we wanted to create covers for together,” say Shelly Levy and Rotem Frimer, two singer-songwriters behind the Israeli project Shelly & Rotem (SANDR).

“The list included “Maps” by the Yeah Yeah Yeahs, “Towers” by Bon Iver, “Ashley” by the Dodos, “Fool” by Cat Power and a few more.  After a while, we started working on our originals – first as an addition to the covers, and then as our main thing. A few months later, just at the beginning of our senior year, we put on our first full live show.”

“After another few months we started recording, and released our first EP, ‘Between Shores‘, produced by Tom Darom (Balkan Beatbox, Asaf Avidan), in August 2013. Since then we’ve released two more song – “New Years Eve” and “Eternal Loop of Lies”, also produced by Darom. These collaborations have taught us a lot, and helped us learn and mature as artists. ”

“Our music has never had an ‘Israeli’ sound – it was always in English, and never showed any signs of being touched by Israeli culture or tradition. However, we believe that the experiences you gain in the places you grow up and live in, the streets you walk, the food you eat and the people you get to know – have a great part in shaping you as a person. And through that, in shaping your art.”

“So it is wrong to say that our music is detached from any Israeli identity, it is just influenced by it in its own way, that is not political or oriental, but more personal and urban.”

“‘Eternal Loop of Lies’ is written from the point of view of a person who suffers from a chronicle disease as he looks at the past – a time when he was young, reckless and indifferent to the situation. Now, being more mature and sober from the illusions he used to be captured in, he criticises his past behaviour and thoughts.”

“ This is a song that talks about the small lies we all tell ourselves – nothing bad happens, I am not afraid – and how those lies are being shattered by reality.” 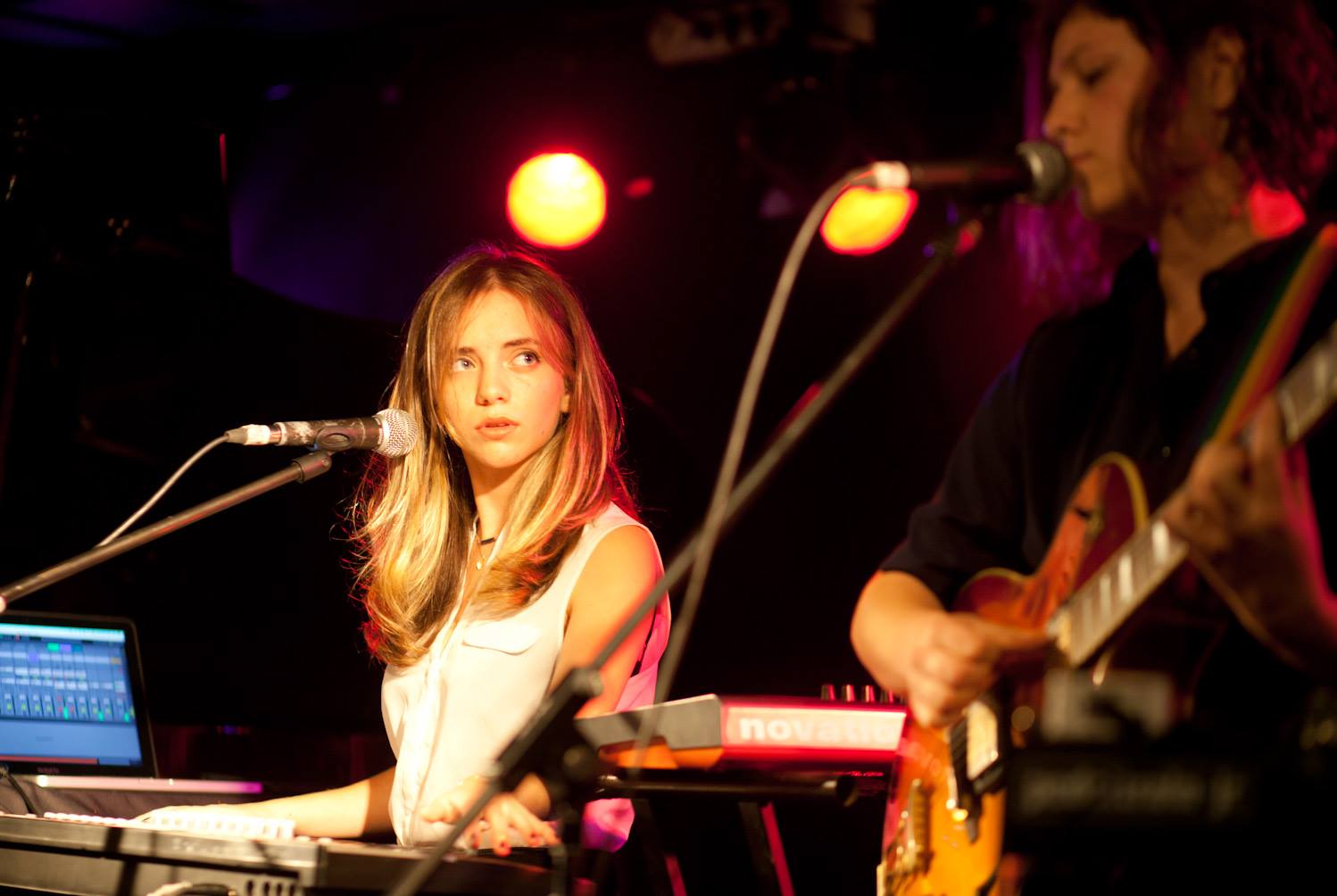 “ The process of work on this song was similar to the process we usually have. One of us, in this case Rotem, brings a new song to rehearsal. She plays it, she writes the lyrics down, we talk about them – maybe change a few things, we go eat something, we come back and experiment, trying to find the right sounds for the beat and the keys. In this case – raging 80’s synth.”

“Forming an arrangement for ‘Eternal Loop of Lies’ was not easy, because it’s not a classic verse-chorus-c-part kind of song. But that’s what made it interesting. Every one of our songs needed its own attention and space for exploring – new sounds, new instruments, new genres.”

“Currently, we are in stages of preproduction of our debut album, getting ready to go into the studio and record. We still don’t have the title.”

“The music scene in Israel is on constant growth, and includes all kinds of artists, groups and genres. We would especially recommend a girl duo like ourselves, called The Aprons. This is a great song and a great video clip:”