Tricot’s 2013 debut album, “T H E”, was one of the few Japanese records of the recent years that won international acclaim, and deservedly so.

Intricate and utterly unpredictable, their music combines rock’n’roll’s spontaneity with higher-dimensional geometry, making the Kyoto/Shiga trio one of the most fascinating rock groups in the country, if not the world.

Last week, Tricot officially released “E”, the first single off their second, self-produced album “A N D”. We asked all three members – the singer and guitarist Ikkyu Nakajima (中嶋イッキュウ), Motoko “Motifour” Kida (キダ モティフォ) on guitars, and Hiromi “Hirohiro” Sagane (ヒロミ・ヒロヒロ) on bass – to tell us more about the song, playing with 5 different drummers, and their favourite Japanese musicians.

What did you want to express in “E”?:

– Ikkyu: This song’s working title was “Virus”. We usually start writing songs with a guitar riff. The intro of this track reminded me about a virus. Another reason is that I happened to catch a cold while making it. And with the word “virus”, I thought of social networks hacking. Recently my SNS account was hacked.

But that was just a cue to write the lyrics. While the song’s theme is hacking, I hope listeners will interpret it by themselves, that there will be various interpretations. Even if I sing about things you’re not familiar with, I hope you can find something you can relate to.

– Hiromi: And talking about the music, I intended to express some kind of power, a sense of thrill, explosive energy.

Are you looking for a new drummer? What did you get from playing with several different drummers?

– Ikkyu: To say the truth, we’re not really looking for a new drummer. In the beginning, there were just the three of us, and we shared something special together. Now Tricot is us three again. I found that “the Tricot sound” we have now is the same as it used to be.

We enjoy accidents that occur when Tricot’s personality collides or intersects with other people’s personalities, sometimes violently, always excitingly. It is stimulating, and it’s fun.

I don’t know if we can say we’re a “proper band”, and we might get a regular drummer again. Though as I’m thinking of it, maybe we won’t. Losing a band member can mean real trouble. Yet at the same time, it feels like we have found the ideal form for Tricot. It gave us more freedom, there’s a kind of fresh wind blowing.

– Hiromi: If we find a proper person, we could get a new member. But thanks to sessions with great drummers, I learn new variants of playing, and my views on our own songs broaden. 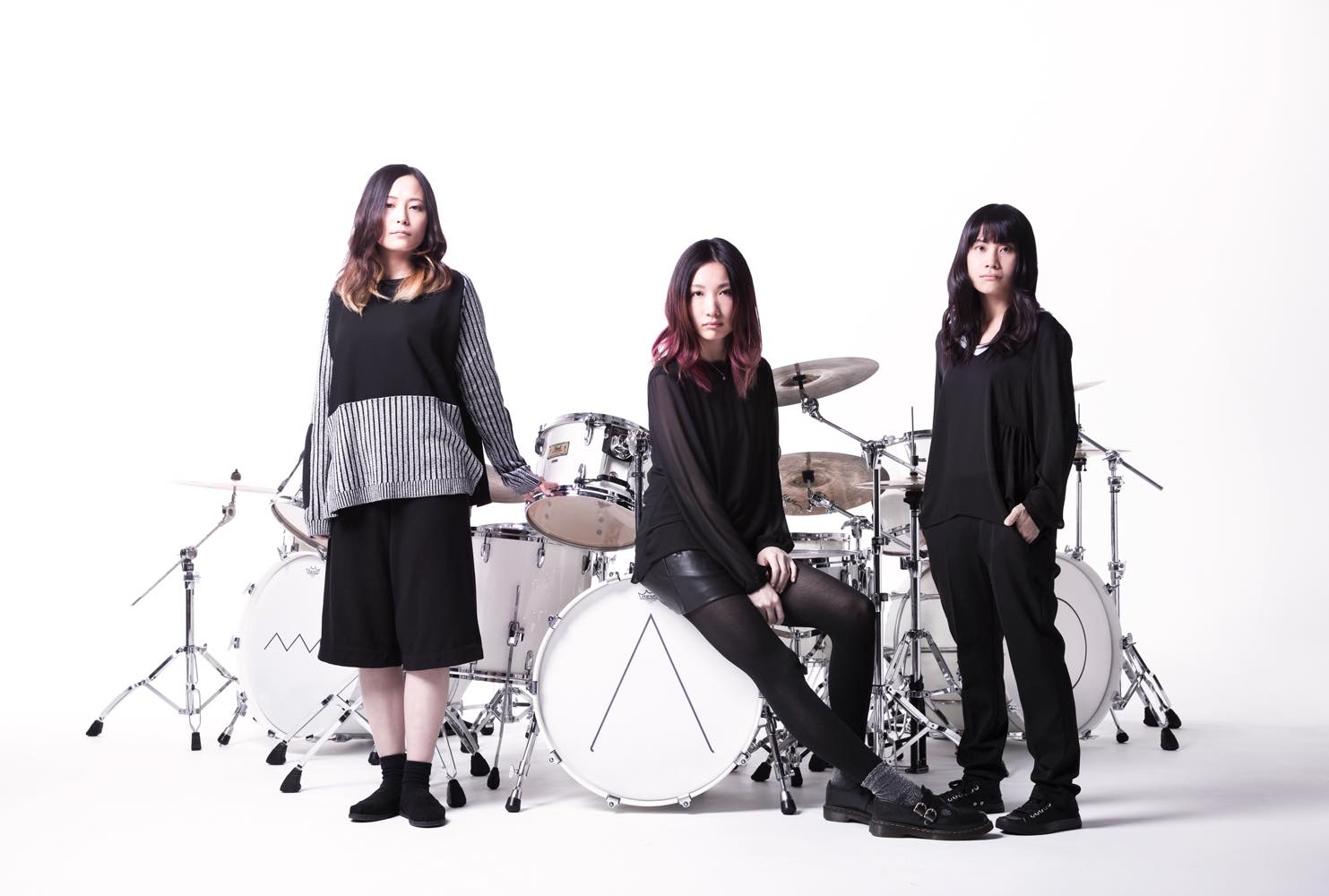 But how did you end up with five different drummers?

– Ikkyu: For example, I saw Mr. Muneomi Senju in Mariko Goto‘s band, and Mr. Bobo in Miyavi‘s group. Each of them was shocking. I immediately fell in love with their playing. Our manager introduced us to Mr. Wakiyama and Ms. Yamaguchi. When we tried to play with them, I got a kick each time, it was an extreme pleasure.

As for Mr. Toshiki Hata (刄田綴色), I used to watch him in stadium concerts or on the TV. I would never dream we could play with Mr. Hata. Before we met for a session, I thought it would be a miracle. And every song we’ve made is beyond my expectations. It’s awesome!

– Motifour: As for the other drummers, we saw musicians they support, and we liked their style. So we asked them to play with us.

– Hiromi: They are extraordinary. From the bottom of our hearts, we feel they’re truly great, and we’re deeply moved that we could make an album with people that we had admired for such a long time.

What are your favorite Japanese bands?

– Motifour: I like Tokyo Jihen (東京事変) very much. I was really influenced by their singer, Sheena Ringo (椎名 林檎). I had been listening to her long before she formed the band.

– Ikkyu: You can find our favorite bands on the playlist we’ve made for NME. And there are also AlaskaJam, Microcosm.

Why do you run your own label, Bakuretsu Records?

– Ikkyu: At the beginning, if we wanted to be listened by someone, each time we made a song we would share it on MySpace or YouTube and tweet it on Twitter. In this age, we can spread our music on the Internet. And we can directly get all responses, people saying “it’s cool”.

We have received a lot of great feedback, which helped us believe in our music. It made us more confident, so we would start to think: “We wanna try to go as far as possible.” Plus, we have met great managers who support us now. So we felt that we would have bigger chances if we work with people we can truly rely on. That’s the reason to have an own label.

Does it mean that we don’t have anyone to help us? No! Many people love us, support us. We owe our success to many people.

– Hiromi: We are able to play because of our staff’s help. We’ve gone this far thanks to them, and I think with these people we can do anything.

– Ikkyu: There are only 5 people working in Bakuretsu Records. But we also have many loving friends. And actually some people support us simply because we run an independent label. We may be clumsy, but we continue to examine how far we can go on our own, and in our own style.