“What matters most to me in music is its soul. The essence, feel, vibe of the music,” says Konni Kass, singer, sax player and a big new talent from the Faroe Islands.

“When music moves me in some way, it can be the melody, the lyrics, the vocal or the vibe of the music or something else, it speaks to me in a very special way. I call it music magic,” Kass tells us in an e-mail interview.

And “music magic” is probably something we should expect of her upcoming debut album, “Haphe”, which she plans to release later this year. At least that’s what her early singles suggest, especially the latest one called “Time”.

Currently 25 years old, Konni lives in Copenhagen now but she grew up in the Faroe Islands, where the other band members are based.

“I have been singing, playing and writing for as long as I remember and felt a need to get some of my music out in the world,” Konni remembers. She asked Knút Háberg Eysturstein (keys player), Per Ingvaldur Højgaard Petersen (drums) and Torleik Mortensen (bass guitar) if they were up for playing together.

That’s how the band was formed in May last year. And in the following months Konni, who also plays saxophone, wrote material for their upcoming debut album. 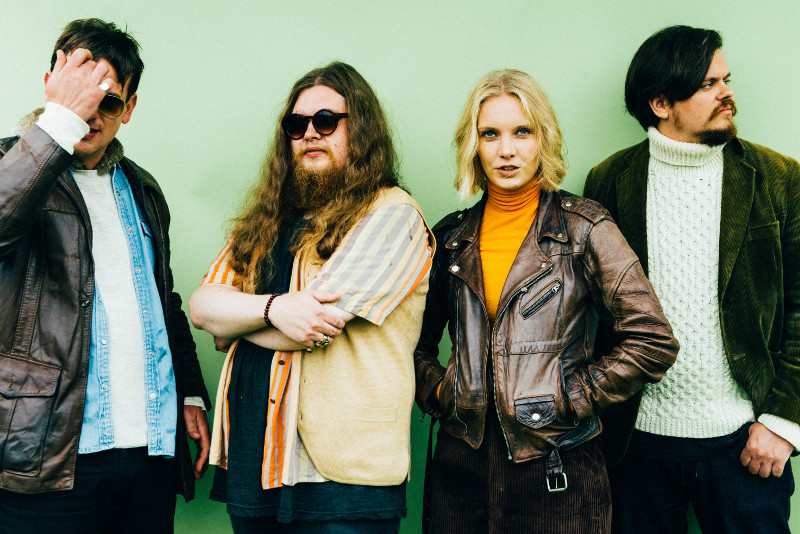 “We arranged the songs together and played some concerts in the Faroe Islands,” she says. About year ago, they felt they were ready to bring the new material into the studio and the recording started in September 2015.

Their debut album will be called “Haphe” and is scheduled for release in November this year. “Haphe” (αφή) means “touch” in Greek. “And the word haphephobia is the fear of being touched,” Konni explains.

Beside the new song “Time”, we have already heard an emotional ballad “Surrender” and a track aptly called “Sounds”, as it seems like Konni’s manifestation of the “essence, feel, vibe” of her music. Starting groovy, it grows into a full-fledged brass-rock hymn. “This is where we belong”.

“Quite incredible” is how Konni reacts to the question about the Faroese music scene. “There is so much great and inspiring music and great musicians living in a very small country with a population of fewer than 50.000 people,” says Konni.

In her opinion, the ground for such fruitfulness is a great tradition for music. “There has always been a lot of music in the Faroe Islands and it is a central element of our way of living,” explains Konni. “Music from the Faroe Islands has its own distinct sound, which might have something to do with the fact that we are surrounded by the rough Atlantic sea and big mountains.”

“I always feel like a little stone in this big universe when I am in the Faroese nature and I feel very alive and very fragile at the same time,” Konni adds. “I think that this feeling of the great nature gets incorporated into a lot of the music that is made in the Faroe Islands.”