It was legendary lyricist E.Y. Harburg who once said that, “Words make you think. Music makes you feel. A song makes you feel a thought”.

Within the first few notes of Noh Salleh’s gorgeous “Sarawak”, your thoughts are transported poignantly to another time and place. Of maharajas breezily making their way across padi fields on their elephants while large hand-held fans are waved beside their faces to help them brave the tropical sun.

Of maidservants slowly making their way back to palaces with the day’s produce from the wells and markets. Of princes on their horses and princesses in their green gardens. You are flooded with thoughts and welled up with feelings except they are not of a specific place, or even necessarily a place that ever existed. You just know it’s not now.

Songs, even good ones, are not a unique phenomenon to Noh Salleh. He is after all the frontman and chief architect of Hujan, probably the most popular indie band to come out of these parts in the last 10-years.

And he did not build that from the recesses of beat machines and synth lines but through the blood and thunder of a four piece rock band and songs he hummed on an acoustic guitar and lyrics he probably scribbled on pieces of rough paper on the floor of his room. But even after five excellently-received LPs and three EPs, you could argue he has not written a song this beautiful before. 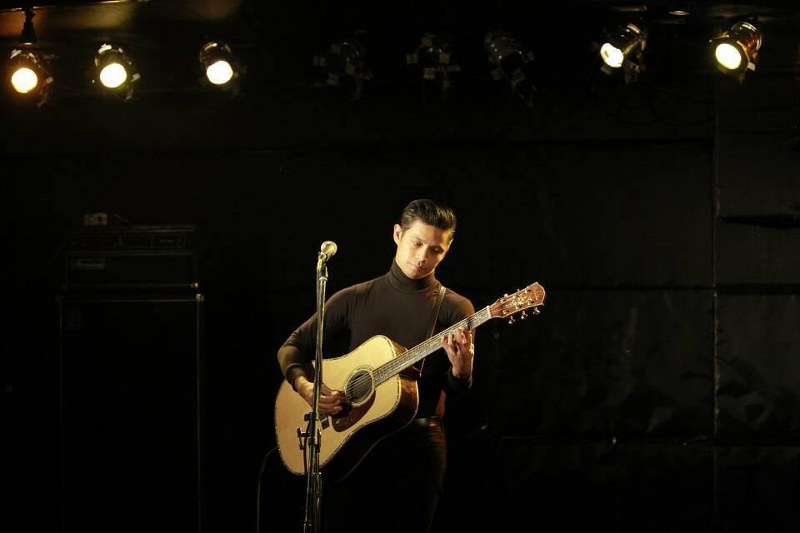 The song, an ode to the East Malaysian state he is from, is richly drenched in yearning string lines and built from a creaking piano base. The chord transitions are never obvious, as they work through rich passages, but yet the melody never takes a turn for the worst, always reaching where it intends to go.

One would lazily label it “jazzy”, but it’s really so much more than that. It’s sophisticated without being over-indulgent. A song that this country would be very proud to have as part of its canon.