Tropical bass has been one of the most well received music genres by the Peruvian audiences in the recent years. It is more than a trend, it’s the convergence of the Peruvian cumbia roots with the international electronic music.

The Peruvian boom of tropical bass is just the tip of the iceberg. In the last ten years, we have been going through a process of cultural self-recognition. Along with the culinary boom, Peruvians of of all social classes and styles of living began to be proud of their roots.

“Say it loud, we are Peruvian and proud” – that could be something strange to hear. But it makes sense when you remember Lima was the capital of a colonial power of the Castilla Crown in South América. And that part of history is not as old as it would seem.

With all this social phenomena, a lot of DJ’s (I mean, almost “everybody”) began to develop tropical bass alter egos. A kind of music that allows DJ’s to make a living out of playing, and that really was a breaking point.

Lima’s tropical bass scene kept growing, and some of its main artists – like Dengue Dengue Dengue, Animal Chuki, Chakruna or Deltatron – gained international recognition. The next step for this evolution was natural: make electronic music live.

Daniel Martinetti, aka Danny M, has developed his own tropical bass sound with a heavy sexual component beneath it, and used the monicker Elegante & La imperial. That project was already a “guaranteed party”, but his new song “Me sabe” shows how his sound has evolved.

He has invited three well known musicians from the local scene, and the result is bigger than the sum of its parts. Max Donagini plays electronic percussion in the live set of the band, so the rhythm goes beyond the electronic tracks. 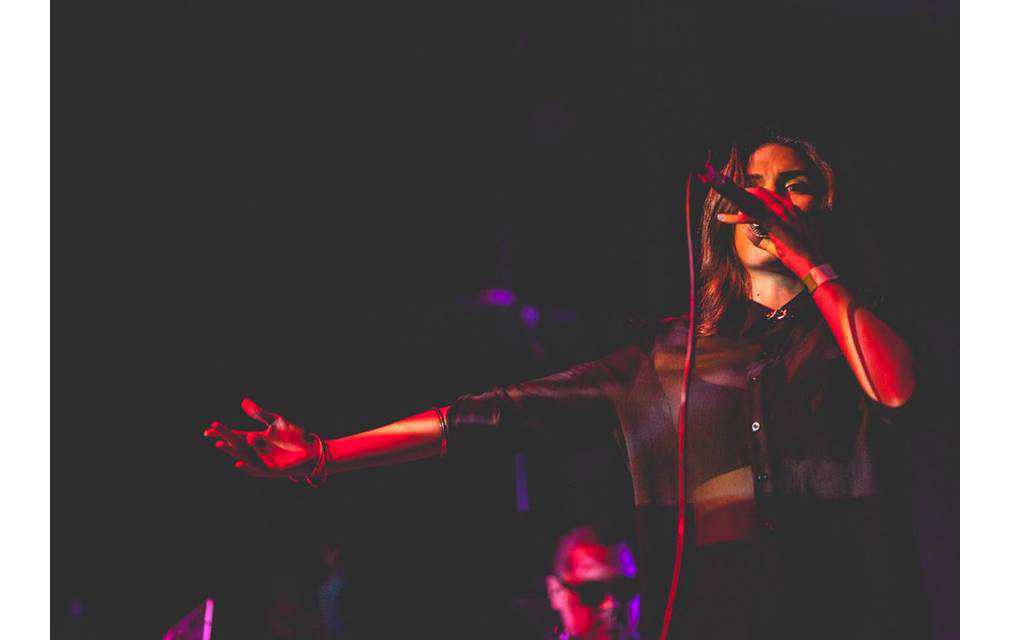 This new sound is flavored by the voice of Fefa – a nickname of an MC and a model Estefania Cox. As a powerful and beautiful frontwomen at the mic, her impact on the band is immense.

And last but no least, the bass player and musical producer Alejandro León adds a new dimension to the original music of Danny M, with his experience as sound engineer and as a musical arranger on this particular song.

That human and musical mix that resulted in this first release by the new Elegante & La imperial as a live band, feels refreshing, and at the same time wrapped up in the dialogue between tropical bass, rap and contemporary pop rock. With soft textures and a pop cumbia vocals (almost “tecnocumbia” for the local ears) it’s not merely a “track”, it’s a full-fledged song.

I think that this kind of experiences set a new starting point for the development of tropical sounds by Peruvian producers.