When anthropologist Efrain Rozas moved to New York City to study music at the New York University, he started looking for the fathers of salsa. But not any salsa. The salsa dura sound, the Fania All Stars sound, the ones that are moving the sonic landscape of our hometown, Lima.

Lima and El Callao are two cities linked by industry and culture. El Callao is one of the most important ports of the Pacific Ocean, and salsa is the transnational music that belongs to ports. There is not a single day in El Callao or Lima when salsa stops playing.

During his search, everyone in New York told Efrain to find Luis Bauzo, the percussionist who has worked with salsa’s founders like Tito Puente, Hector Lavoe and Celia Cruz. He not only taught Efrain to play timbales, but also produced the first official records of La Mecánica Popular.

Studying at NYU allowed Efrain to keep in touch with a range of interesting musicians and producers. In the same “things happen for a reason” way, Efrain started to work with Grammy nominee Manuel García. And thanks to him, also with Xuxi Lazaro, who is responsible for the recordings of the Dominican singer Juan Luis Guerra.

When Efrain met Manuel García in the NYU library, he had three CDs with him: by Miles Davis, Celia Cruz and John Cage. Seeing this, Manuel told him: “what a beautiful combination”. And these are actually the main elements that are the basis of the La Mecánica Popular sound.

This amazing mixture of inspirations, musicians and producers led to LMP’s groundbreaking first album. The roots of salsa dura meet psychodelic cumbia sounds – and underground experimental sounds of Lima that followed Efrain since his former band Radiohuayco. And the video for “Guajiro” was produced by Youth Experimental Studio, who have been nominated for a Grammy Award for best cover design. 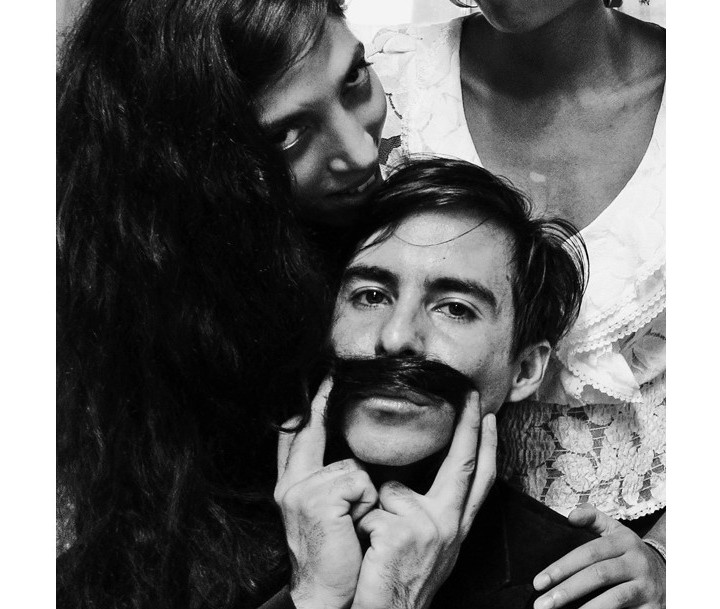 There are a few Peruvian musical projects that are shinning around the world – at least for those who are searching – like Novalima or Susana Baca. Well, after opening for La Fania All Star`s 50th anniversary show in the Central Park, or being chosen one of the top three Latino bands of the West Coast of the United States, we can add La Mecánica Popular to those Peruvian and transnational musical references.

Last weekend La Mecánica Popular played for the first time in Perú. Efrain and a “deluxe Peruvian lineup” took by storm the Chemillen Stage of Selvámonos Festival in Oxapampa, Amazonia. It was something worth hearing and seeing.