Plastic Flowers emerged a few years ago from Thessaloniki as a dream pop duo. They are mainly influenced by the late U.S. revival of the music genre and less of the English sound, although you’ll definitely find similarities with some British indie bands of the late ’80s or ’90s.

After their first release, “Evergreen”, Plastic Flowers continued as George Samaras’ personal project, mainly due to his emigration to London. He belongs to this generation of young creative people who left Greece after 2009, during the financial crisis, and he is one of the – more or less – 350.000 economical immigrants that relocated abroad.

“Economic crisis played a big part in my decision to move abroad, as there was no place for me in Greece. And it would be impossible to find a job in my field, which fortunately happened in England,” says George Samaras. “There were several other factors that led me to decide my relocation but the most important was the job.”

“At the beginning, when I moved to London there were some major difficulties, but certain people helped me during the adaptation so I overcame them quickly. As for the music project, I felt strongly the great need to go on my own and agreed with Aggelos – the other member of the band – to move on without hurting our personal relation. Some things were obvious.”

“Musically, I feel that I’ve improved my sound, leaving behind the edgy lo-fi style which I’d adopted on the first album. The tape recorder is no longer my main instrument as it used to be on tracks like ‘Fog Song’, ‘Silence’, ‘Summertime Pop’ etc.”

“Going away from a smaller city to a European metropolis like London gave me the opportunity to meet and work with very talented musicians, but practically nothing has really changed in the way that I manage the project. I still do the same thing that I did in Thessaloniki. I know that it’s almost impossible to stand out in big places as here, but during this one-and-a-half year I had some really good times.” 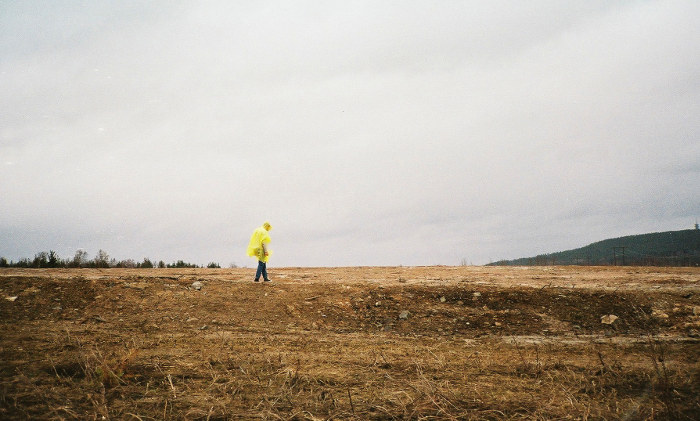 Quite disappointed by his previous record label, George Samaras released his 2nd album, “Heavenly”, via The Native Sound, based in New York. “My collaboration with The Native Sound came thanks to Funeral Advantage, whom I was touring with in U.S.A. back in 2013,” he said. “Their album ‘Body is Dead’ was one of my favorites in 2015 and they brought me in contact with their label.”

“They loved the new album and since then our cooperation has been excellent. I am really delighted to be part of their dynamic roster. In Greece, when we refer to Greek record labels we basically mean Inner-Ear, which functions as an umbrella to most of the indie sound. I think that the way they work is quite amateurish compared to labels abroad, and it was a big mistake to sign with them when I started.”

“Some of the latest albums that I really enjoyed listening to are ‘Blue Wave’ by Operators, ‘Secrets’ by Deep Sea Diver, Miserable’s ‘Uncontrollable’, and ‘Art Angels’ by Grimes. Regarding Greek artists, I am really shocked by the new album of No Clear Mind, which has not been released yet. I think that it would be a milestone for the Greek music scene. I like as well Granny Records’ movement, with sound artists as Eventless Plot and Savvas Metaxas”.

“I grew up in Thessaloniki and I guess that everything started from my father who owned for many years a record store. Everything aligned from that moment and I slowly found myself with a large vinyl collection.”

“I was lucky enough to listen to Slowdive’s ‘Souvlaki’ at the right age and that influenced me on many levels. So I started playing music myself. Afterwards, I discovered My Bloody Valentine, Mazzy Star, Ride, AR Kane and the whole discography of Sarah records. An album that really changed my life was ‘Heaven or Las Vegas’ by the Scottish band Cocteau Twins.”

“I would like to remind people – maybe with my music and my lyrics – not to forget the past. And to appreciate things that we have, because we often forget that till they are gone.”

“I am really inspired by cooking, which I have keenly practiced during the last 2 years, and by my job, which I like. I was also inspired by a girl that I met last year and probably was the first person in my life that helped me understand things about myself which I didn’t know.”

“I am not sure if it’s necessary for an artist to be miserable to thrive. Misery has many dimensions and can be intense, but I don’t know a lot of people who managed to be inspired by it.”

“I hope to tour around Europe in the near and travel when I have free time. Maybe stay in Greece for some summer holidays, as I haven’t been back for two years now. I wish the country came out of the stalemate eventually, which I really doubt.”

“I finally plan to release a new EP this summer, featuring some of the tracks that I wrote shortly after the recording of ‘Heavenly’.”