Roody is a 21 year old rapper or as what she calls herself – rapkon, or “rap-doer” in Farsi.

She’s also a hip-hop dancer from West Tehran who started rapping at the age of 15. She recently released her new single called “Tehran”.

“It is the outcome of a tiny part of my personal experience in this merciless metropolis. Its beat has been sampled from Psycho Realm’s “Stone Garden” that I’ve been listening to everyday for years and everytime it reminds me of the dark and closed suffocating atmosphere of Tehran. It’s disgusting but real and that was the reason I wrote ‘Tehran’.”

She says that she is more influenced by the global hip-hop movement than the Iranian rap scene that started to form in the 1990s. “It was unwillingly, because from the beginning my ears were not used to Persian rap and except of 5-6 good rapkon-e farsi I was not following it so much. Generally I’m not listening only to hip-hop and I try to be influenced by any kind of good music, so I don’t know how much of it is Iranian or from other parts of the world.”

She believes that although the roots of hip-hop come from African-American culture, it automatically gets localized when it enters another culture: “Hip-hop is an artistic global culture and movement. Would it be possible to say that because its roots come from somewhere else, it should stay there forever? In my opinion, some underground French hip-hop artists for example are more advanced and committed than many American ones.”

“Persian hip-hop is a movement as well, and I hope as a part of the global hip-hop culture it may be a good representative for this culture. And being merged with the Persian language, literature and insight, it will have something to say. My effort in this direction is what I’m producing. I have always tried to consider the element of consciousness as a top principle in hip-hop without being involved with meaningless trivia.”

“Helping the culture that we live in it to progress and go further is a giant leap. When I look at Persian hip-hop, I see that it has progressed a lot during the last few years. The main reason for that is better and more regular productions. Considering all obstacles and limitations here, Persian hip-hop has come a great movement.” 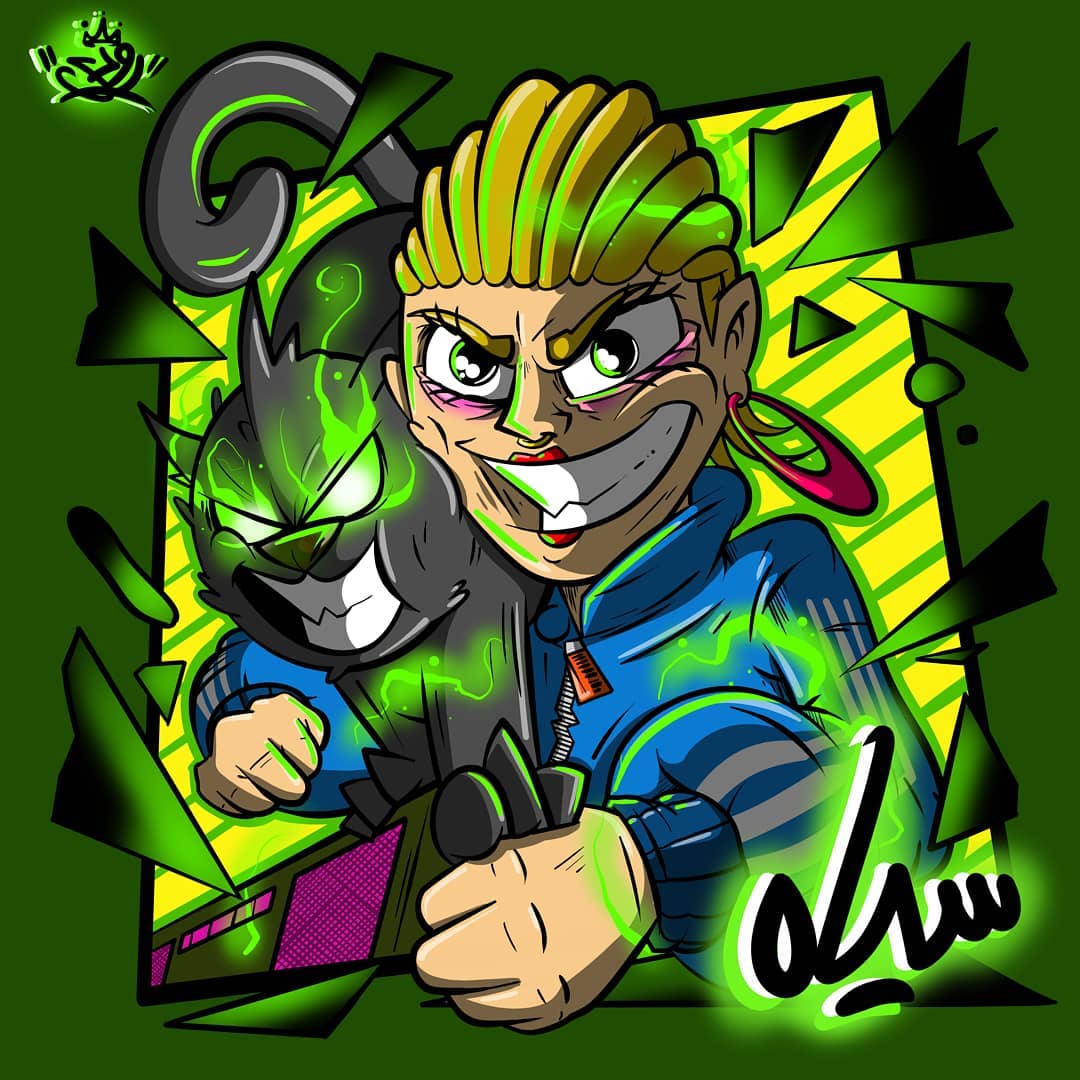 Roody thinks that sampling folk melodies, using Iranian traditional instruments and trying to “Iranianize” everything – which is a popular thing nowadays – is a superficial way of localizing hip-hop. “Persian language with its rich literary aspect is your main tool in this form of art. It helped to form the stylistic means and literary techniques.”

She believes that the creation of Persian hip-hop needed a deeper effort: “There are several rapkons like Soroush Hichkas, Bahram Nouraei, Ali Sorena, Bamdad and REZ who have created their own way of rapping by the way they write and sing and their flow.”

She doesn’t look at her role as a female rapkon from the gender point of view: “I think hip-hop doesn’t have a gender. The artists shouldn’t let the traditional and shallow thoughts to have an effect on them and make working hard for them. Although I have heard a lot about the trouble [for female rapkons] and I myself have had bad experiences, I think the matter of gender is irrelevant.”

But it’s true that as a girl, there are limitations inside of Iran because you can’t release a video in the way that you want it. “Also from a security point of view it’s easier to be found and spotted as a female rapkons, simply because there’s fewer of us. Plus generally, it’s forbidden for women to sing.

“Anyway, when you are working underground and unofficial, none of these things are important and most of the problems also exist for male rapkons.”