MF1MB is a rara avis in the Uruguayan music scene. Ross Keegan is a family guy who came to Uruguay from the United States five years ago. He started playing music as MF1MB (Mother Fucker One Man Band) and immediately drew attention of the local scene.

Only with a harp, guitar and a bass drum, he has built a very raw, visceral and personal style of music. You can distinguish him for all the others one-man bands because of his ability to avoid any repetitiveness.

With a great notion of melody and strongly rooted in Delta Blues adapted to the 21st century, MF1MB released his first album in 2013, titled “The Modern System Demigod Blues.” This year he presented his new full-length record called “Electronic Plantation“, and it was a pleasant surprise. 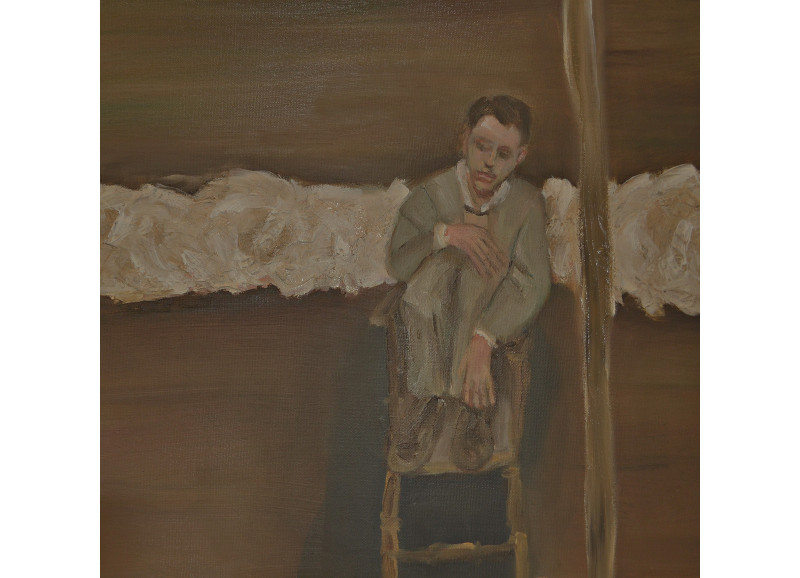 On this new record, MF1MB decided to go more experimental and psychedelic. He’s surrounded by other musicians, though you can still hear his Delta Blues roots, as well as find the ludic spirit of albums like “Sgt. Peppers’ Lonely Hearts Club Band” or “Their Satanic Majestic Request”.

That’s not premeditated, but as the musician said – they enter the studio to have fun and whitout any thoughts about the record. Seems crazy, but it happens.

“Tristan Narvaja” – the second track off the album – borrowed its title from the most important flea market of Montevideo. As weird as it sounds, you can find anything there: from puddles of urine to Nietzche’s complete works.

But this particular song is not about the things you bump into at the flea market, but rather about being submerged in a different culture and language and the agony that this kind of life can bring to you.

It’s obviously a biographical song, since although Ross has been living for 5 years in Uruguay already, he still can’t understand very well Spanish. And you can feel that agony from the very beginning of the song.