Guitarist and artist Jimena Torres’ path through Costa Rican indie scene hasn’t been in vain thanks to her noteworthy collaborations with emerging musical acts in the recent years. From different sound angles, Torres has been part of the consolidation in the contemporary local scene, which has gradually become an alternative music cradle.

The young artist’s emergence in the local scene took place when a bunch of bands formed back in 2010, a brood of groups that came to life with tons of doses of revival and a development on San José city’s sound: Las Robertas, Los Waldners, The Great Wilderness and Timber of Trees. Years later, Torres left projects Las Robertas and Los Waldners, focusing on TGW, TT and recently her solo project Arde Pluton.

With Arde Pluton, the artist forgets the heaviness on the guitar strings, becoming now a translator of the fragility created by a lo-fi and dream-pop clash.

Arde Pluton, as Jimena Torres says, is a project she came up with because of her need to create and compose music. With that on mind, the Costa Rican guitarist looks for musical references and inspirations such as Craft Spells or Hibou. “Tu Piel”, Arde Pluton’s first and by far only single, shows an unexplored side of Costa Rica’s current scene.

“Tu Piel” reminds of those once-in-a-lifetime little moments when we people feel infinite but yet restricted by the unfair outside world. On the other hand, “Tu Piel’s” main line musicalizes those intimate glimpses of time and the sentimental theme. 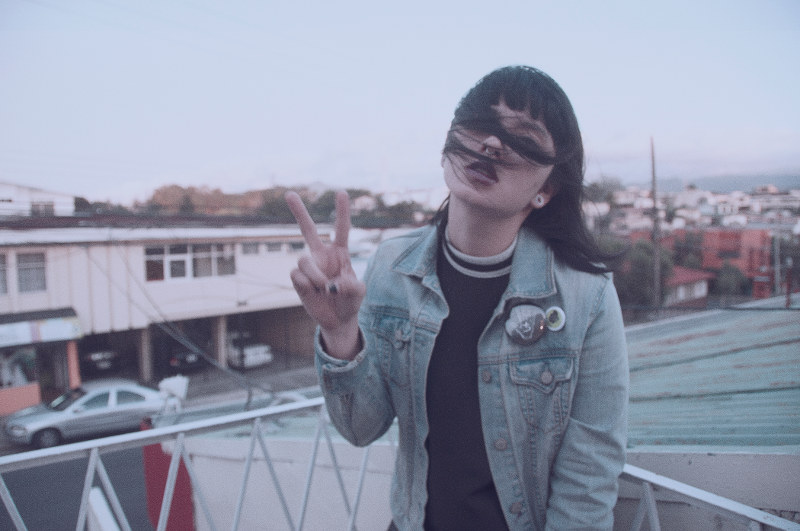 There’s something surreal when someone listens to Arde Pluton. Perhaps that magic is an answer of the analogy that Jimena Torres creates when her music gives us the chance to know how our wishes and internal turbulences sounds like.

Torres’ solo project is a stylish one, where her dream-pop manifestation brings any kind of possibilities to mind.