It has been more than six or seven years since I’ve first listened to Larry Gus’ first recordings. A strange combination and amalgam of samples, loops, crazy beats and choppy rhythms. Sometimes I couldn’t stand him, sometimes he was marvelous.

Since then he has changed a lot of places, moving from his hometown Veria in North Greece to Volos where he first studied mathematics, thereafter Barcelona, Milan and back to Greece again – at least from what I know. He had just had a son as well.

“When you have kids, you realize that all of the infinite branches that you were wishing to explore are starting to being cut violently with an axe (held by the baby),” he says. “All infinite choices in your life (and lifestyle) start to shrink and diminish slowly. I decided the title of the album the moment I got back from the Red Bull Music Academy in Tokyo, upon realizing that I could never be able to live there, now that I have a baby.”

Since his signing contract to New York’s DFA label, he started focusing in more pop-oriented songs. And when I say pop, I don’t mean of course this cheesy side of music and these nonsense we listen to on MTV or mainstream radio stations. I refer to great pop music and tunes that come from The Beach Boys, Lucio Battisti, David Bowie, Panda Bear or Caribou for example.

Larry Gus’ new album is more balanced. The multi-instrumentalist producer cleans up his sound (and mind?) further, he organizes the chaotic universe that surrounds him to well structured tracks with – at moments – astonishing melodies (for instance the wonderful “Belong To Love”). 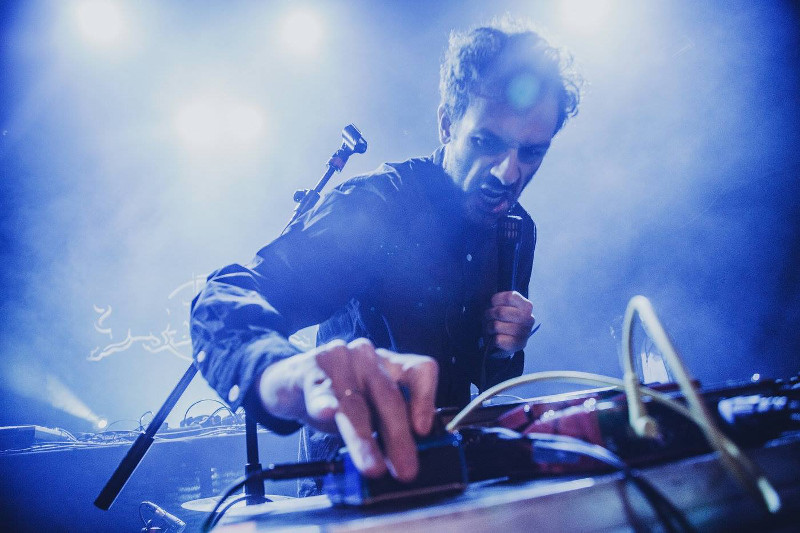 Musically influenced by the Brazilian tropicalismo of Caetano Veloso and Jorge Ben, though “I Need New Eyes”, the title of his new album, is based on a supposed quote by Proust: “The real voyage of discovery consists not in seeking new landscapes, but in having new eyes”.

Listen to “I Need New Eyes”, his second full-length album on DFA Records, released on October 2, in full here.