She also told us about how the Icelandic music scene has been changing – and about singing with syrup in her hair.

On the single “The Backbone”:

“It’s amongst the last songs we wrote for the album. It’s really powerful and sincere and the lyrics are about seeing old circumstances in new light, like coming to your old neighbourhood and seeing how in ways the places have changed but also how you have changed.”

“The video was made with great artists, Sunneva Ása Weisshappel and Anni Ólafsdóttir, that had this great idea of exploring the boundaries between the beautiful and the grotesque. It was one of the weirdest things I’ve done, trying to sing with syrup being poured over me, but I’m really happy how great it came out. I still had syrup in my eyes and hair for 2 days afterwards!”

“I was contacted by Árni, our guitar player, that saw me play the cello and wanted me to join a band he was forming. I remember when somebody asked on the first practice if somebody in the room could sing. I was hesitant as I was really shy, but at the same time it had been my dream since I was a child to sing in a band.”

“I was a very musical kid so the music was always a part of me, but I guess it took me a really long time to get the self-confidence and drive to do whatever I wanted without somebody pushing me to do it. Today music is such a big part of me and my drive for happiness so there is no way that anything can stop me from doing it.”

“My music taste has moved a lot from the atmospheric indie music that I used to listen to. Now I listen way more to electric, R’n’B, hip-hop and pop, so you can probably notice many of these as influences on our music. All the band members wanted to make a more powerful and catchy record, so that greatly changed the way we would write melodies and the ideas we got.”

On switching from Icelandic – which used to be rare – to English:

“There is actually now a wave of bands suddenly singing in Icelandic, so I think it’s not a dying species anymore. As for us, I wanted a challenge and a new sound, and also we had always been quite curious to see what the difference was in the perception of music. When you sing in English you connect straight to so many more people than with Icelandic. We also felt that if we’re not going to try it on our third album, we would probably never try it, so it was now or never.”

“I don’t think it was the language that changed the music, as we had written most of the songs before I wrote the lyrics. But I think the vibe of course changes a bit. It’s more sincere to many as they automatically understand the meaning of the songs. It was mainly music that changed drastically between albums, and of course the language makes it all feel even more different.” 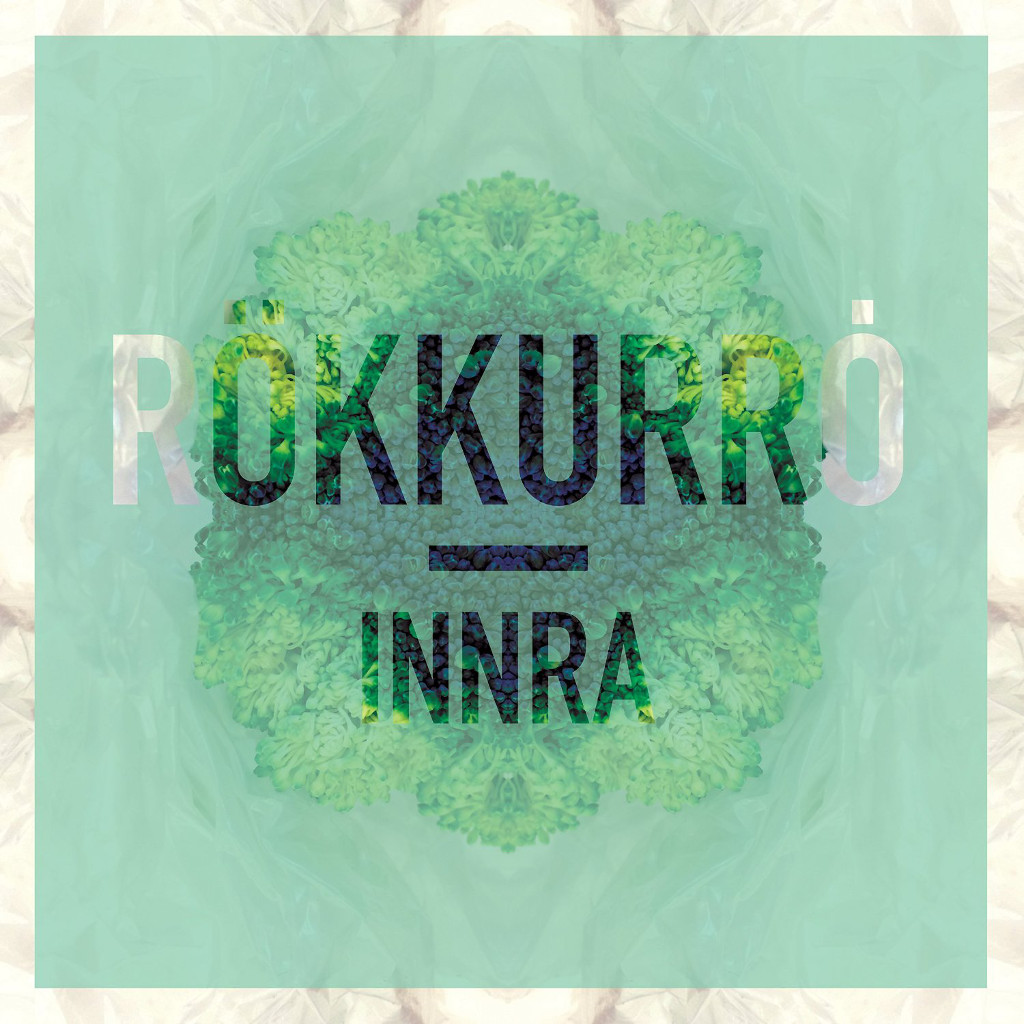 On the meaning of “Innra”:

“Although we had changed into mostly singing in English we couldn’t really cut Icelandic off completely. There are actually 2 songs on ‘Innra’ that are in Icelandic just as I felt right away that they were meant to be in Icelandic when we were writing them. We also thought it fitted better to the meaning of the album name that it would be in Icelandic, as it’s a beautiful word that means ‘insides’ or ‘inner’. It refers to how personal this album is, and the meaning is way closer to us if it’s in Icelandic.”

How the Icelandic music scenes has changed since Rökkurró started in 2006:

“I think it has grown into a wider scene. For some time there was a really big part of the Icelandic scene that could be called ‘krútt’, or cutesy indie music. That part is dying and I think people have started experimenting more. What I think helped the Icelandic local scene a lot was the fact how small and tight it was. People don’t want to do the same thing as anyone else in Iceland as the market doesn’t really handle many artists doing similar things. That’s why people try a lot to be authentic and do what they are actually really enthusiastic about. That way of thinking could probably help any local scene!”

“I think it’s ‘Yoga ‘by Björk. I’ve loved it since I heard it first when I was 9 year old and I actually remember creating my own kind of dance to it when I was listening to it on repeat. Still to this day it can give me goosebumps.”