From Beastie Boys remixes to “Breaking Bad” featuring to radio shows to rapping, there’s not much Copenhagen’s most versatile artist Peder hasn’t done. But his studio recordings is where his talent really comes into play.

April 1st brings the release of his fourth album, “Come With Me”, which actually is a premiere. Apart from the regular version with his own vocals, somehow faithfully to the album’s title he’s simultanously prepared a “Guest Version” that features such acclaimed artists as Coco O. from Quadron, Jonas Bjerre from Mew, Oh Land, Jonas Bierre and more.

“Many of them are friends whom I have featured on my previous albums,” Peder told us in an e-mail interview. “Jonas Bjerre is someone I had met briefly and I always dug his personal sound. It’s the first time I work with Coco who’s probably my favorite Danish singer. SleepPartyPeople I also just reached out to and like the rest of the bunch he was game.” 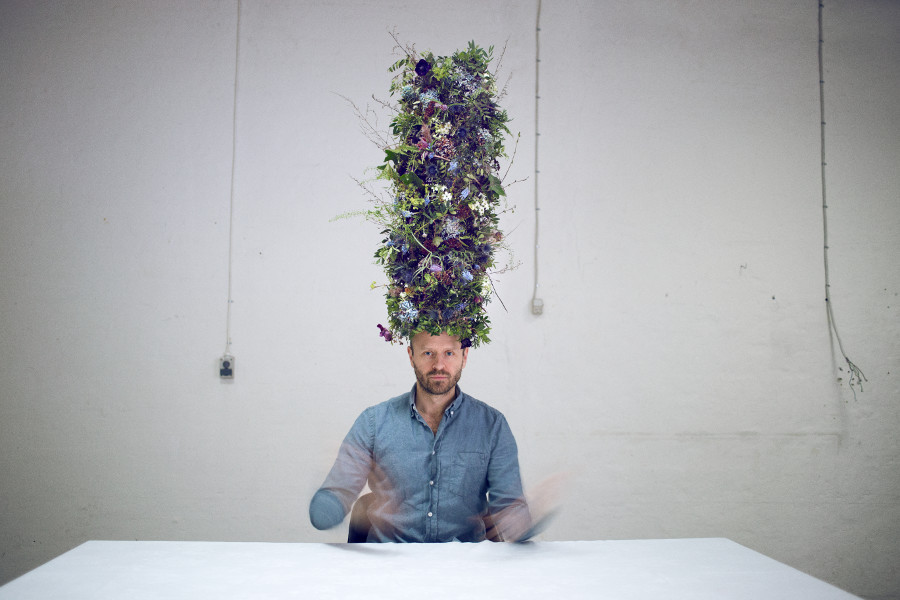 Technically, some of the guest singers visited Peder’s studio, some other recorded everything by themselves and sent him over their audio tracks. Instead of just taping his vocals, Jonas Bjerre actually wrote a new song on top of Peder’s instrumentals.

The main idea of having a “guest” version of the album came from Asger Baden, my friend and colleague, because we always talk about how big a difference a vocal makes on a song,” he said. “So the experiment was to hear what would happen if only the vocals changed. And since I started out using featured vocalists, this seemed like an interesting idea. It was a thought experiment that was too intriguing to let go.”

Asger Baden is Peder’s partner in composing music for films, which is has become his main activity – and is quite different from making music just for the record. “When you make your own records you are the boss,” he explained. “And when you work on a film score or commercial the director or client is the boss.”

“Still Life” is one of the new album’s highlights, whether in the original version or with Oh Land’s unforgettable vocals. “It’s inspired by the 50s melancholic showtunes,” Peder told us. “I have a thing for music from the 30s-50s. The harmonies, the lyrics and the melancholy hidden behind the very neat exterior. ‘Still Life’ is definitely inspired by that.”

“It’s the contrast between the dark lyrics and the sweetnes of the waltz,” he said. “Oh Land seemed the obvious choice for this tune as she has the ‘old’ class that few current singers have.”

Wanna an example of that ‘old’? Asked about his favourite Danish song ever, Peder names 1960s’ classic “Dansevise” by Grethe and Jørgen Ingemann. “I love this tune,” he said. “The balance between major and minor chords, the very well behaved lead vocals, the arrangement… Everything works and it’s a great melody.”

Well, we could say the same thing about any of the tracks off “Come With Me”, whether in the original or guest rendition. Come with us and check out both versions on Bandcamp or iTunes.