Among all that’s currently going on in Perú, some new music is drawing everyone’s attention: Gala Briê. This marvelous duo formed by singer Gabriela Gastelumendi and producer Alejandro León could be Peru’s next best thing, if it is not already.

Gabriela is one of the most important Peruvian singers of the recent decade. She’s been known both for her talent and beauty for a long time. Almost ten years ago, after she graduated from Conservatorio Nacional de Música, she trained to apply to a very demanding classical music school in Europe, from where she was rejected… and we are so glad about it.

At that time, she was the lead singer of the ska band Los Vespa, which belonged to the underground scene around Bernabé´s Bar, A.K.A “the CBGB of ska” in Lima. Afterwards, she became the singer of the all-girls band Las Amigas de Nadie. LADN went from playing fun music full of jokes to a more experimental, complex approach.

Gabriela’s next role was one of the main session singers for jazz, opera, pop, reggae, and rock, and even noise-core with her art-punk friends. Meanwhile, she also worked as a model, which resulted in her top mainstream experience: acting in the TV soap opera “Avenida Perú”, with all the media presence that it implied. Later, she became the host of Balcony TV Lima.

All those experiences between underground, indie and mainstream scenes are the elements beneath her new (but mature) musical project. Having explored so many different paths, the only one left fot Gabriela was to “take the bull by the head” and be truly and openly herself.

She decided to start a new solo career and work with music producer Alejandro León, who has studied and practiced in Germany. Then he came back to Perú to start Big Monster Studios, and worked as a radio programmer, bass player and music producer.

The creative relationship between the duo was influenced by contemporary pop rock music from around the globe, and the sound of Latin American pop that is rooted in works of the Argentinian composer Gustavo Cerati. For their live shows, they casted top session musicians like the drummer from Elegante & La Imperial, and the guitar player of Riviere. 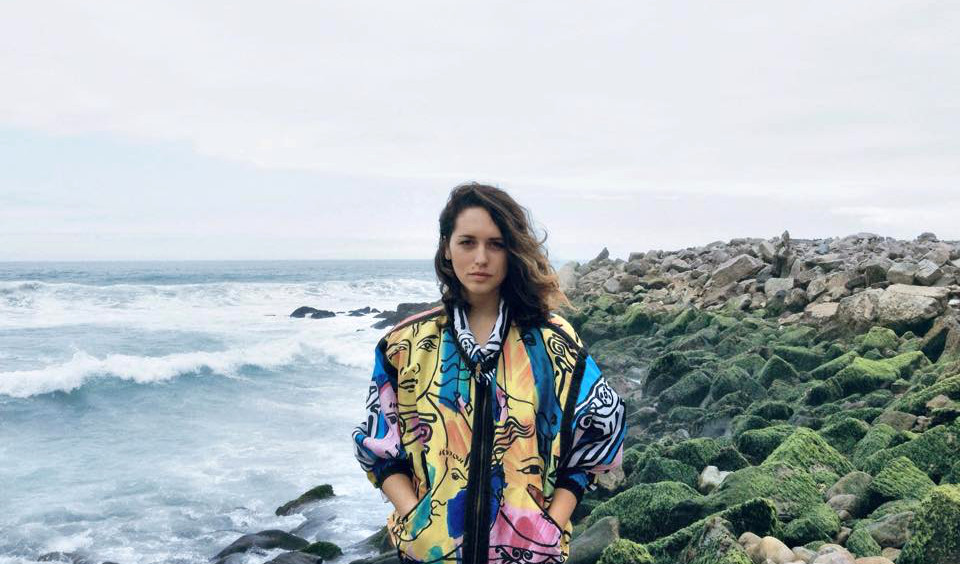 The last piece of the project was Gustavo de La Torre, the video director of Pasaje 18 (who have made videos for Café Tacvba, Esteman, Torreblanca, No Use for a Name), also involved in Balcony TV Lima and a university teacher in the PUCP. He managed the local new pop indie stars Tourista in their early career, and founded the music collective Espiral Music Network. He was retired from music management business – until Gala Briê appeared.

Step by step, a spontaneous flow materialized, and Gala Briê became a powerful reality. They started with the single “Me voy haciendo realidad“, or “Becoming reality”, recorded for the Balcony TV. Then they played three shows. One at the goodbye party of Submarino in the Hensley Bar Monterrico Rock City. Another as supporting act of Clap Your Hands Say Yeah. And the third one as the opening act of Katy Perry in Lima, getting the warmest welcome for an opening act in Lima ever.

In the meantime, they released lyric videos for “Señorita Vampiro” (“Lady Vampire”), “Intensos Instantes” (“Intense moments”), “Desde el cielo a mis pies” (“From heaven to my feets”), and “Luna Llena” (Full moon). All of that in just five weeks.

They will be presenting their first EP, “Intensos Instantes”, at a free show in Bazar on December 10th. If you are in Lima at that time, learn from Gabriela and don’t miss this good opportunity to see how this dream became a reality.